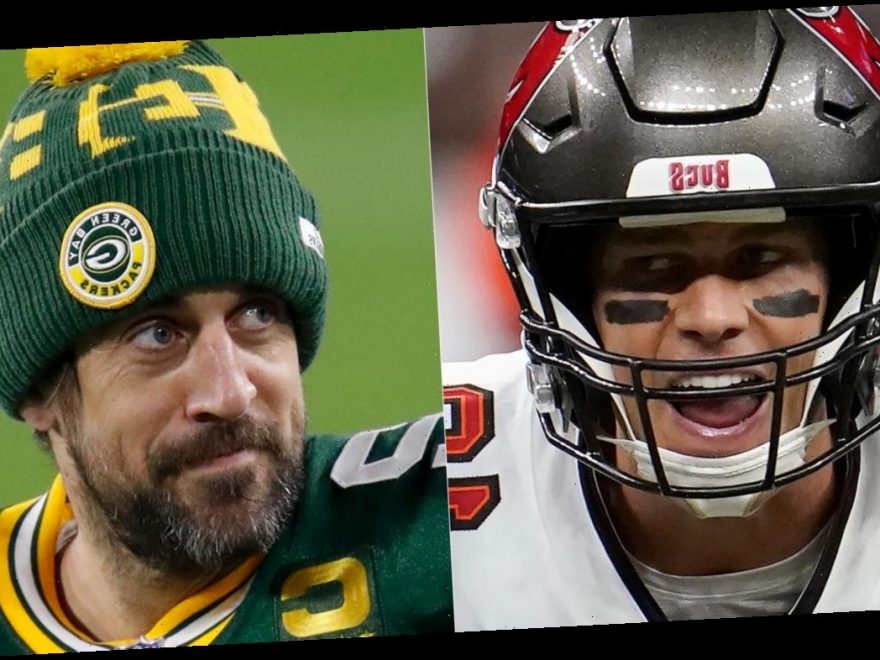 Tom Brady and Aaron Rodgers will be the center of attention when the Tampa Bay Buccaneers and Green Bay Packers square off in the NFC Championship Game on Sunday afternoon.

It will only be the fourth meeting between the future first-ballot Hall of Fame quarterbacks, and it will be the first time they face each other in the postseason. The Buccaneers defeated Green Bay, 38-10, in their meeting on Oct. 18 in Tampa. The other two times they met, Brady was still the quarterback for the New England Patriots.

In 2014, the Packers pulled out a 26-21 win over New England at Lambeau Field, and four years later, the Patriots rolled to a 31-17 victory in Foxborough.

“I remember when I heard the news about him coming to the NFC, I thought this was a real possibility,” Rodgers said. “I’m excited about the opportunity to play against him one more time.”

Brady and the Bucs are rolling. Tampa Bay is currently on a seven-game winning streak in road games, which is a franchise record. If the Buccaneers take down the Packers on Sunday, they will be the first team in NFL history to host a Super Bowl at their home stadium.

The last time Tampa Bay made the Super Bowl, Jon Gruden was the team’s head coach, and they were anchored by one of the best defenses in league history, featuring the likes of Warren Sapp, Derrick Brooks, and John Lynch.

With a victory on Sunday, Brady will join quarterbacks Kurt Warner, Peyton Manning, and Craig Morton as the only QBs to lead two different franchises to a Super Bowl appearance.

“This is one of the coolest stadiums in the league to play in,” Brady said of Lambeau Field. “I know they’re excited, we’ll be excited, and it will make for a great football game.”

Green Bay, on the other hand, will play in its fifth NFC Championship Game with Rodgers under center. The last time the Packers reached the Super Bowl was back in 2010 when Green Bay ended up defeating the Pittsburgh Steelers in the big game.

Everyone will be tuning in to watch two of the greatest QBs in NFL history on Sunday afternoon, and Warner, a Hall of Famer and current NFL Network analyst, believes it should be a matchup for the ages.

“When I played, I always knew who was on the other sideline,” Warner said. “I always said when I went into these matchups, at the end of the day, I know if we’re going to win this game, I’ve got to outperform that guy. I’ve got to be better than the quarterback on the other side.”

Brady and Rodgers will certainly have their eyes on each other come Sunday.