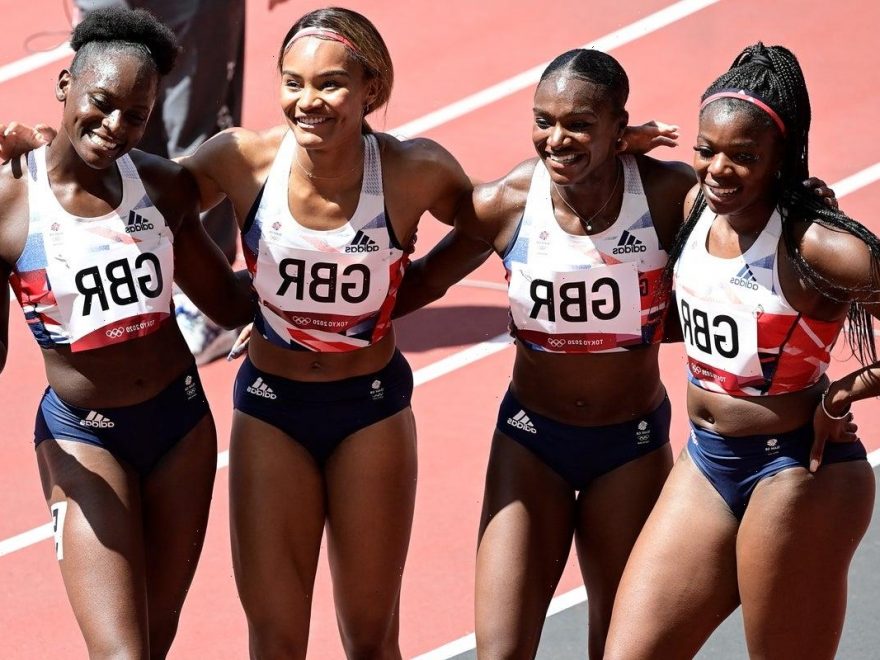 Star sprinter Dina Asher-Smith was back to hep the team after withdrawing from the 200m event earlier in the games.

Team GB crossed the line first in an impressive 41.55, ahead of sprint powers Team USA and Jamaica.

Asher-Smith, Imani Lansiquot, Daryll Neita and Asha Philip posed for pictures together after checking the scoreboard and realising they had set a new fastest mark.

“Record breaking,” Neita said to the camera as she noticed how fast they had run.

In the second heat Germany, Switzerland and China went through to the final, along with fastest qualifiers France and Holland.

The speedy Team GB quartet take the fastest time into Friday’s final, where they will have a strong chance to win a gold medal, although both the American and Jamaican team are likely to change their line-ups for it.

Speaking after the race, Asher-Smith said she had been determined to take part in the event.

“There was never any doubt in my mind that I was not gonna be lining up here today,” she said.