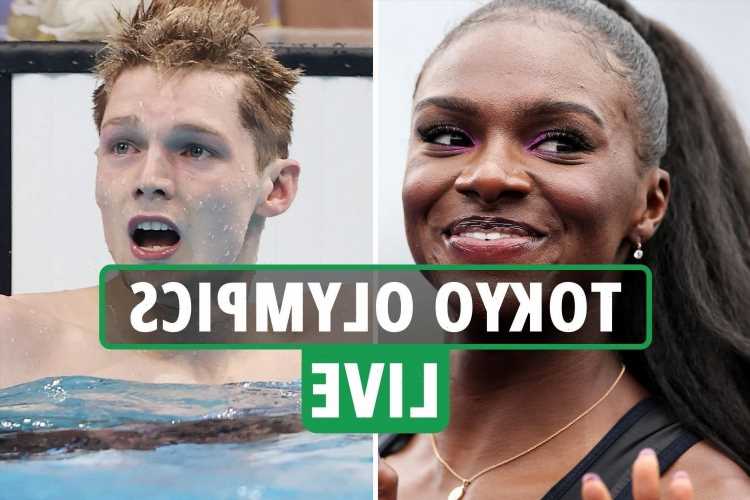 THE TOKYO OLYMPICS have reached Day 7!

Brit swimming sensation Duncan Scott picked up his THIRD medal of this Olympics with a painfully close silver in the men's 200m freestyle final.

And Luke Greenbank added a bronze as Team GB got on the medal board early in the night.

And while Britain's rowers bagged a bronze in the men's eight final, this has been the first Games since 1908 that GB picked up no golds.

On the track, Dina Asher-Smith kicks off her 100m quest tonight.

Britain's athletics star Asher-Smith has her 100m heat tonight from 4.15am.