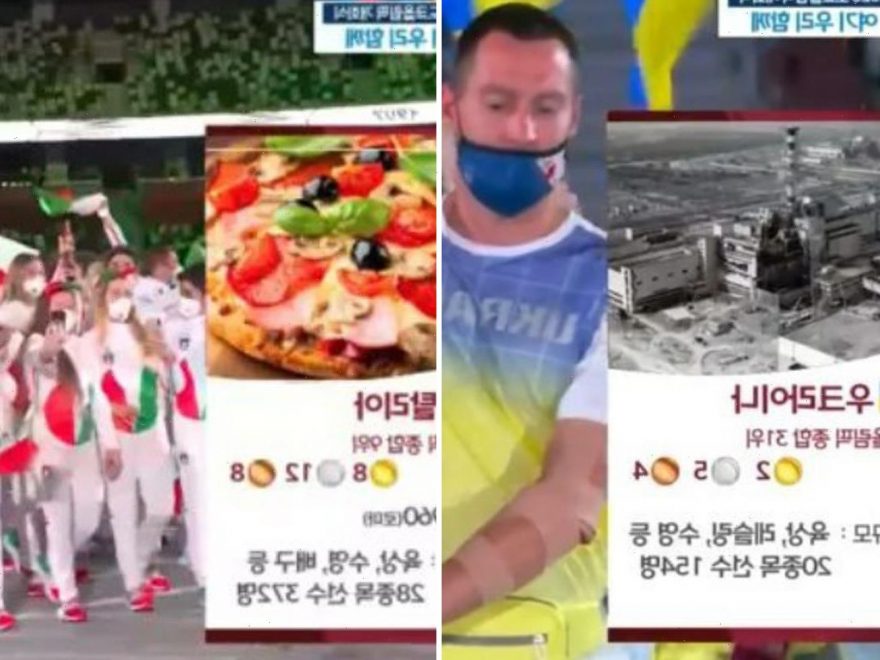 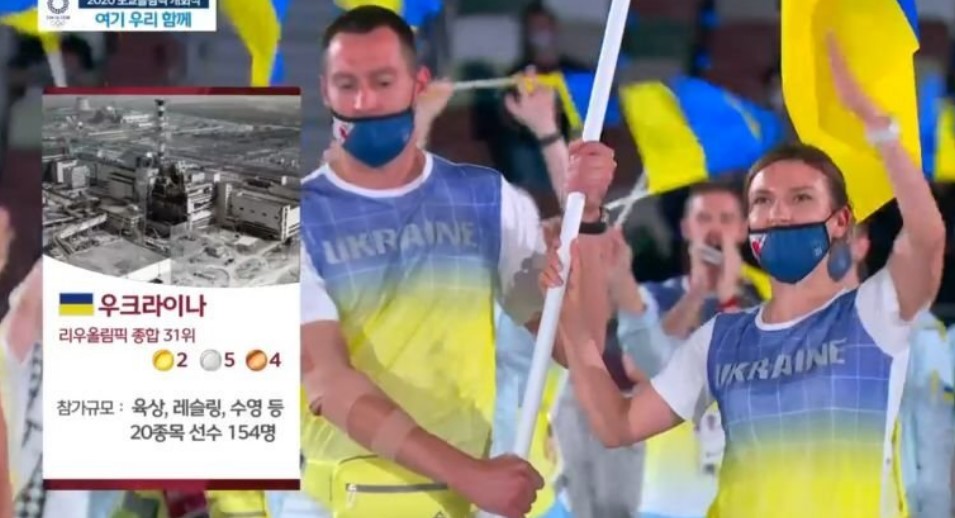 Following complaints online, including from a large number of unhappy Korean viewers, the channel issued an apology.

A statement read: "In today's Opening Ceremony broadcast, inappropriate photos were used when introducing countries like Ukraine and Haiti.

"Also, inappropriate photos and subtitles were used for other countries.

"We apologise to the viewers of Ukraine and other countries."

The network later reiterated that it was 'deeply sorry' for the 'inexcusable mistake'.

MBC heralded each team's entry into the Olympic Stadium with an image and sentence supposed to define their nation, plus their GDP and coronavirus vaccination rate.

Caribbean islanders Haiti were welcomed with the line: "The political situation is fogged by the assassination of the president."

The Marshall Islands were described as 'once a nuclear test site for the US' while images accompanying the countries included the Chernobyl disaster for Ukraine, salmon for Norway, pizza for Italy and Bitcoin for El Salvador.

According to Korea-based journalist Raphael Rashid, a typo in the Sweden description meant 'developed country of welfare' was wrongly spelt to read 'cow blood soup', a popular culinary dish in the Asian nation.

OLYMPICS BETTING SPECIAL: GET ADAM PEATY TO WIN ANY MEDAL IN THE BREASTROKE AT 20/1

Friday's opening ceremony featured only a handful of athletes from each nation due to coronavirus restrictions.

Perhaps the defining image of the event was the spectacular globe formed by thousands of drones flying over the stadium.

However, a musician from Senegal accused organisers of being 'totally racist' after his performance was axed.