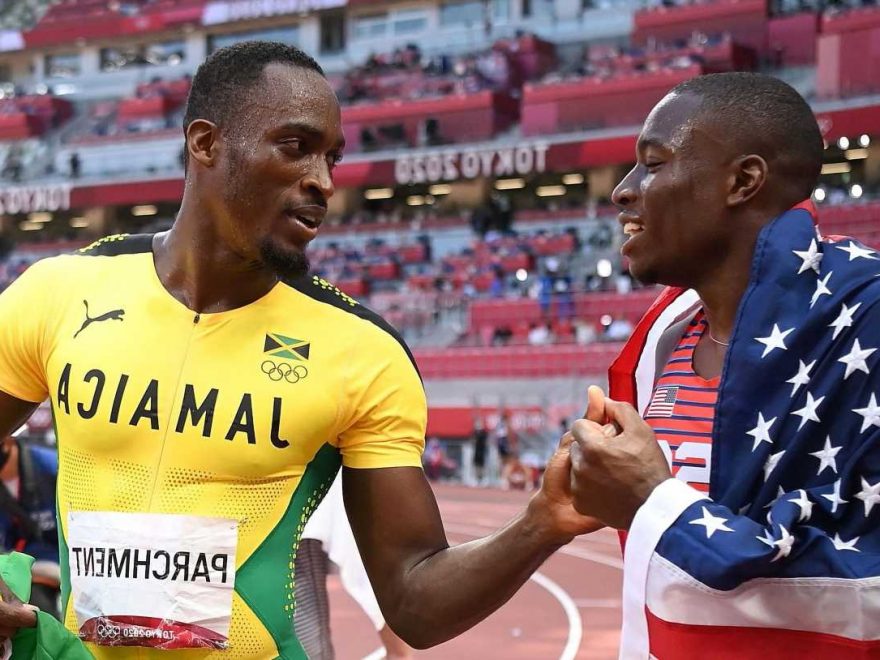 RED-HOT favourite Grant Holloway suffered one of the shocks of the Olympics with defeat in the men's 110m hurdles final.

The American, 23, was unbeaten in a staggering 24 races going into the showpiece race of the season. 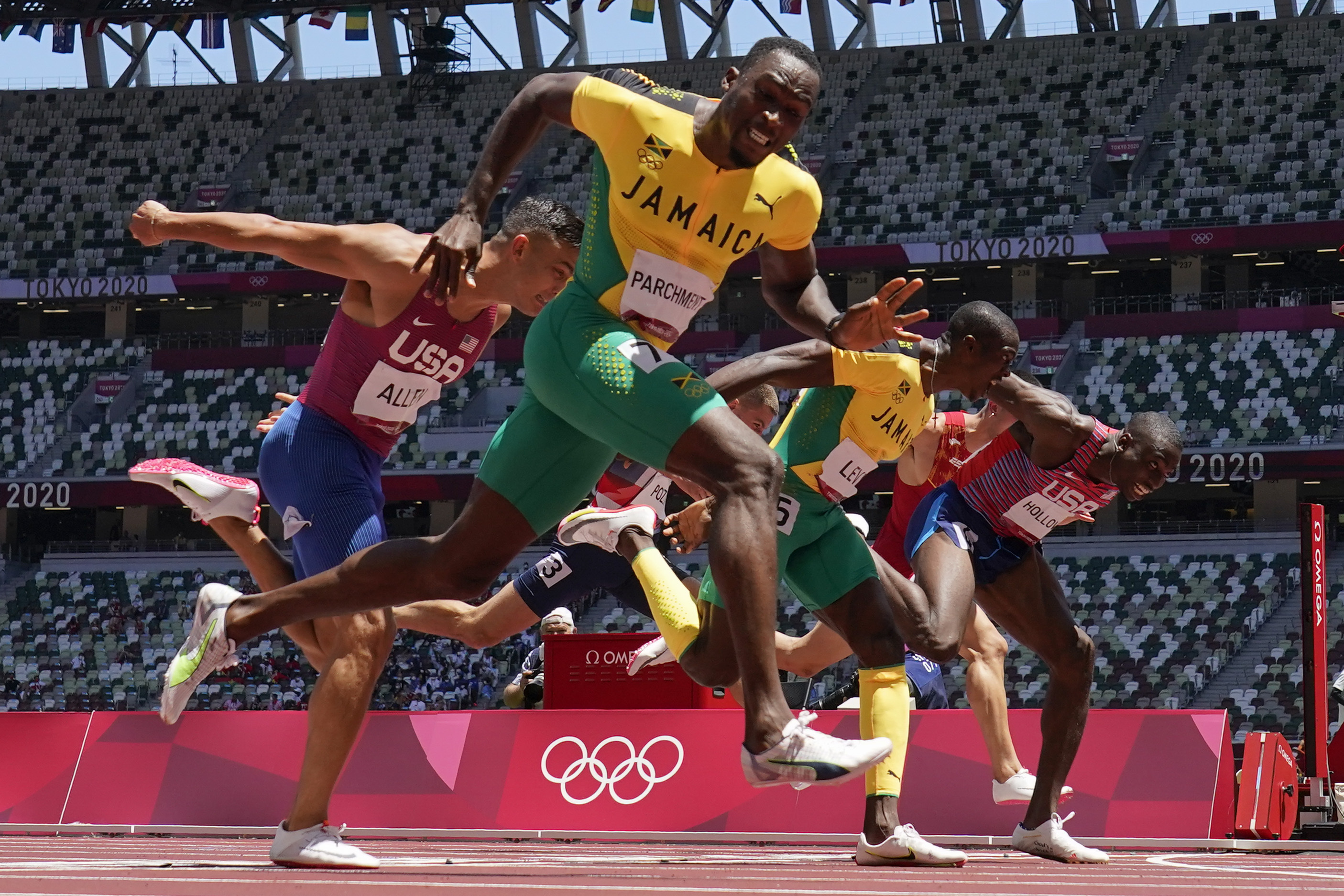 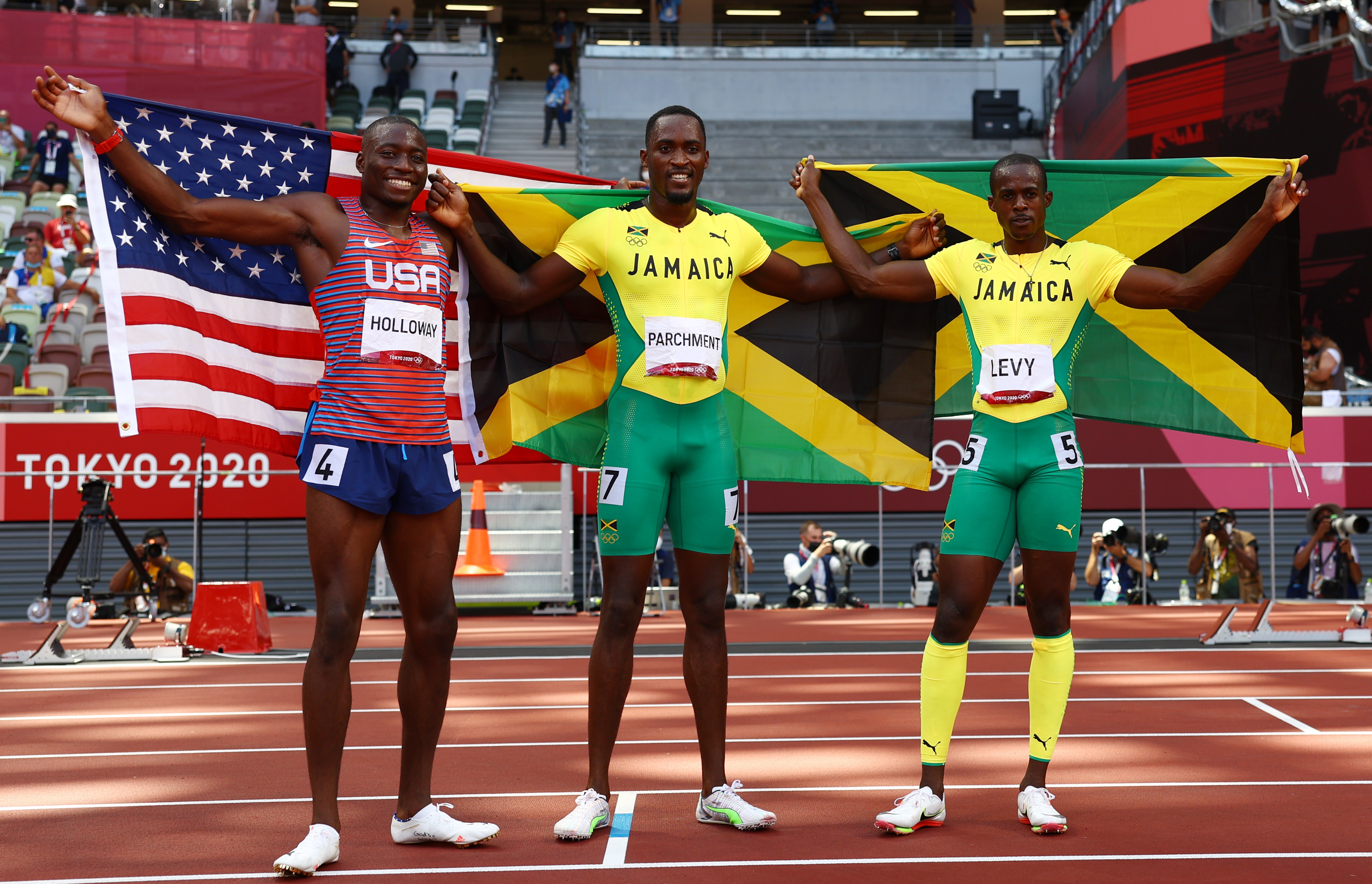 And he made a lightning start out of the blocks, seemingly pulling clear by the mid-way point.

But a stumble late on saw Holloway lose his rhythm – opening the door for Jamaican Hansle Parchment to storm through for gold.

Parchment crossed the line in 13.04 seconds with Holloway second in 13.09 and another Jamaican, Ronald Levy, claiming bronze in 13.10.

"Certainly. There are so many here, Grant here for instance, and that’s a motivation for me. I even sat and watched (other athletes) to improve how I take my training times.

"I don’t think a lot of people expected me to win."

But there was obvious disappointment for nervous Holloway, who was expecting to add the Olympic gold to his world championship title from 2019.

Despite this, the former long jumper, high jumper and 400m runner was gracious in coming second and laughed with Parchment and Levy on the track afterwards.

He said: "Everybody knows I’m going to get out strong. Now it just comes to a point where I’ve got to finish strong.

“I just think the nerves, the big atmosphere got the best of me a little bit.

"But I’m young, I’ve got a lot of races under my belt so I’ll take this with a grain of salt and I keep moving forward.

“This was not the outcome that I wanted but it enables me to say I’m an Olympic medallist.”

Brit Andrew Pozzi was left disappointed by his seventh-placed finish.

He said: "I came here wanting to win a medal, I wasn't moving quite how I wanted.

"Sadly, in that race I tried to fight it a little bit. It's a disappointment not to win a medal.

"It's been a big journey, I'm so grateful for everyone who's contributed over the last decade. It's frustrating, it's not quite where I want to be." 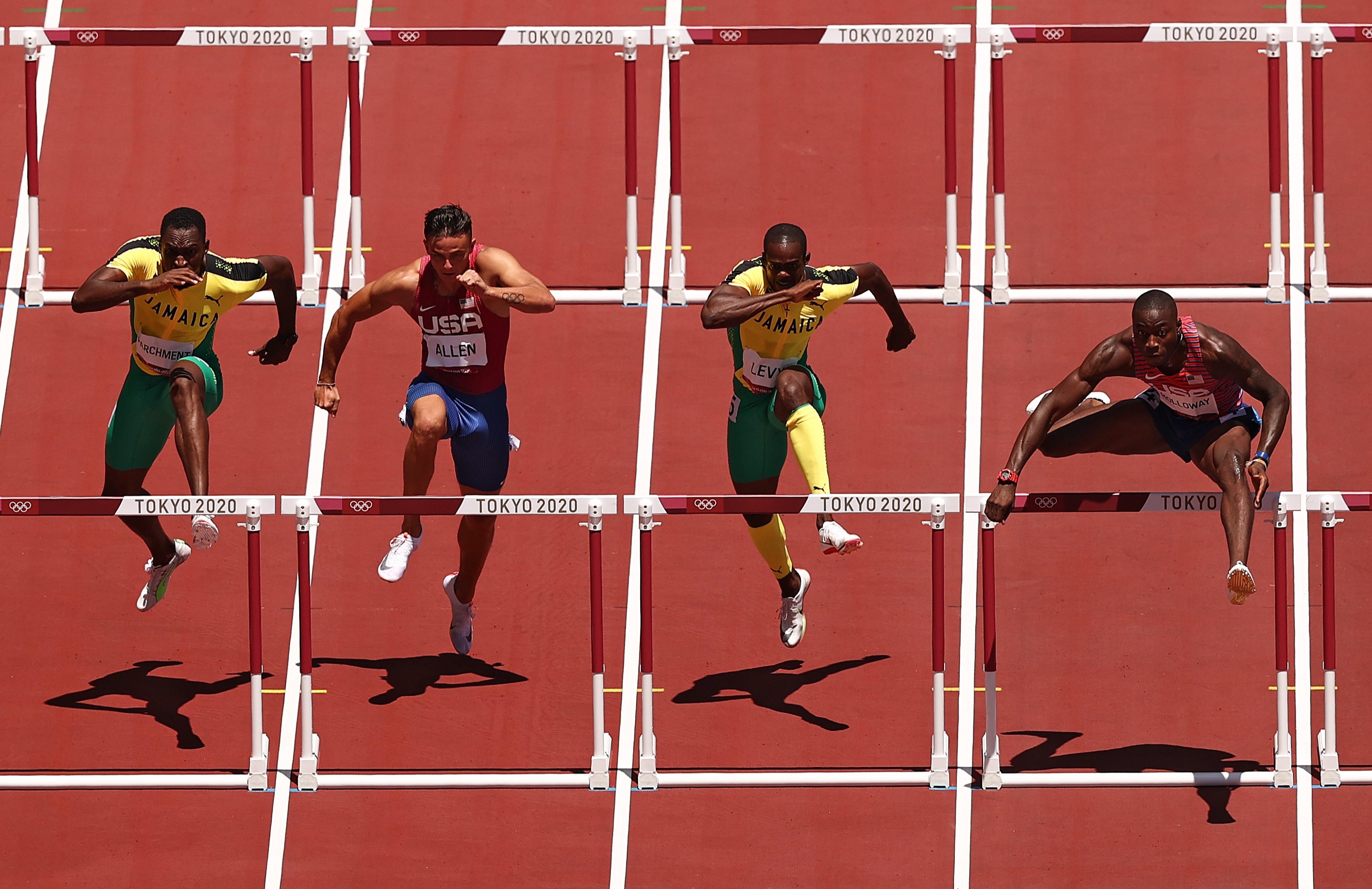 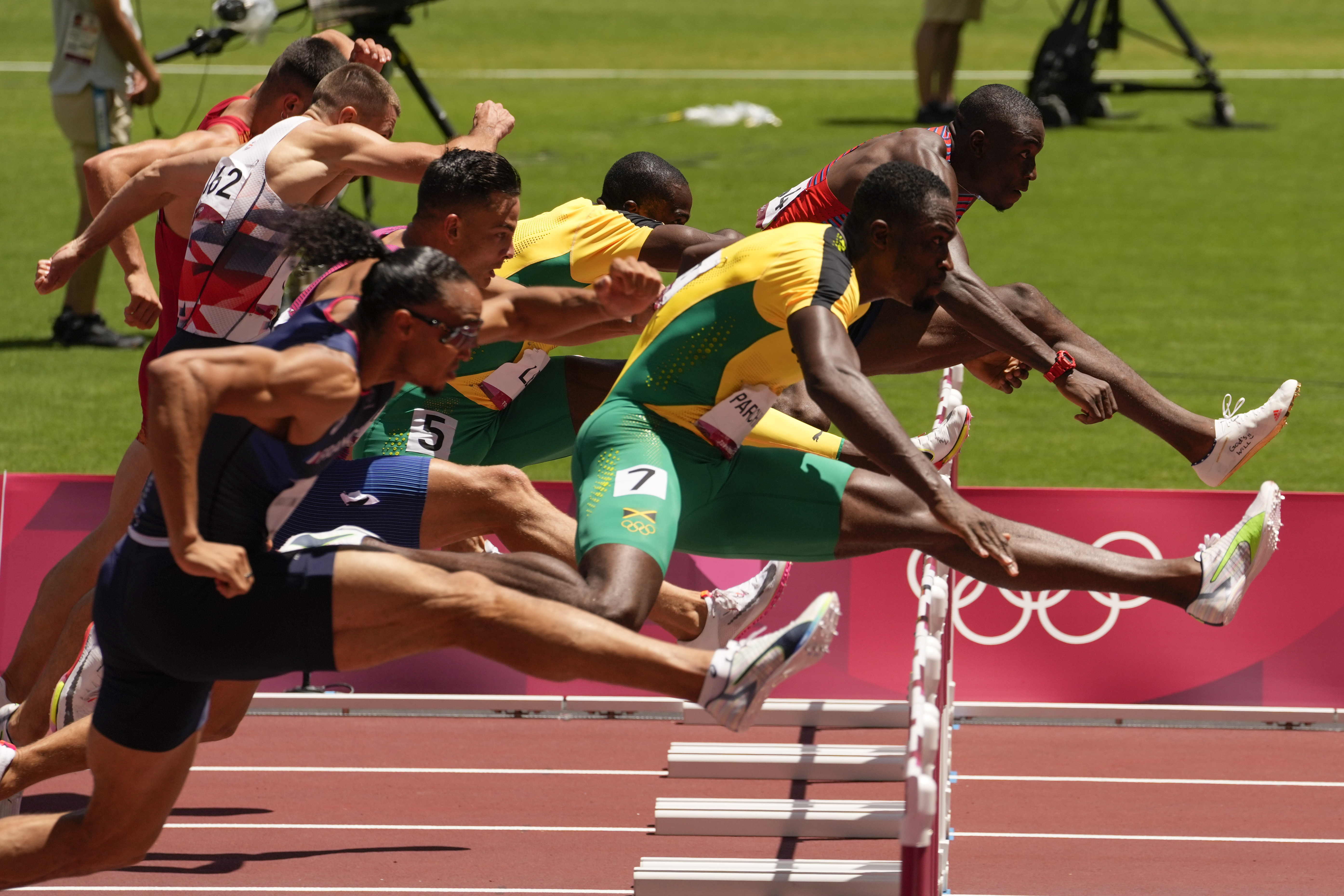