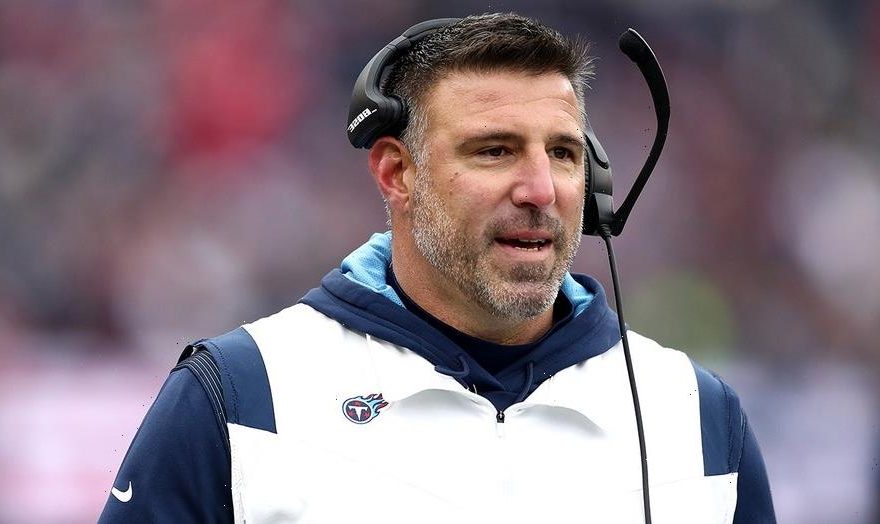 Vrabel reacted to a bang-bang play in the first half between the Chiefs and Broncos. Patrick Mahomes threw a pass to Travis Kelce before the first-down marker. It appeared he had made the catch and fumbled. The ball was picked up by Broncos linebacker Justin Simmons, who was en route to the end zone, but the play was blown dead. 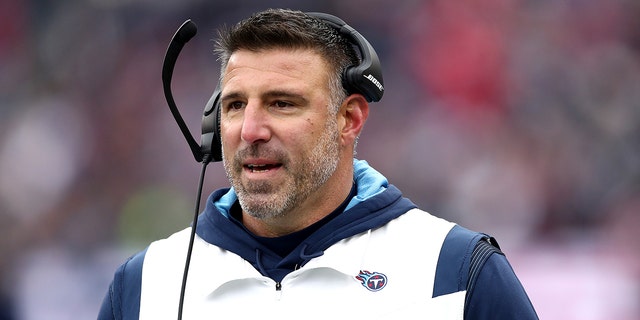 Coach Mike Vrabel looks on during the Tennessee Titans’ game against the New England Patriots on Nov. 28, 2021, in Foxborough, Massachusetts.
(Adam Glanzman/Getty Images) 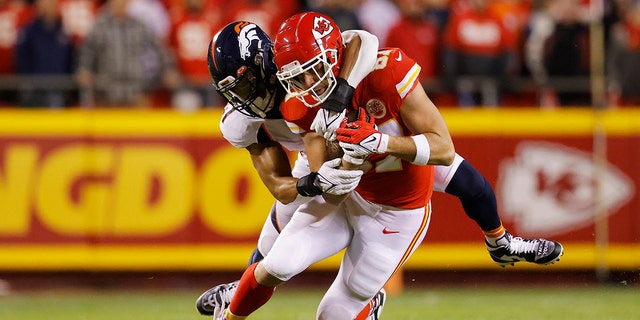 Travis Kelce of the Kansas City Chiefs is tackled by Jamar Johnson of the Denver Broncos on Dec. 5, 2021, in Kansas City, Missouri.
(David Eulitt/Getty Images)

Vrabel made clear, with a not-so-subtle jab, that he wasn’t happy with the call. The Titans coach, who was on a bye week, tweeted a portion of the NFL rules at the account.

Kansas City would end up winning the game, 22-9, for the big divisional victory. The defense forced three turnovers, three fourth-down stops and Daniel Sorensen had a Pick Six. 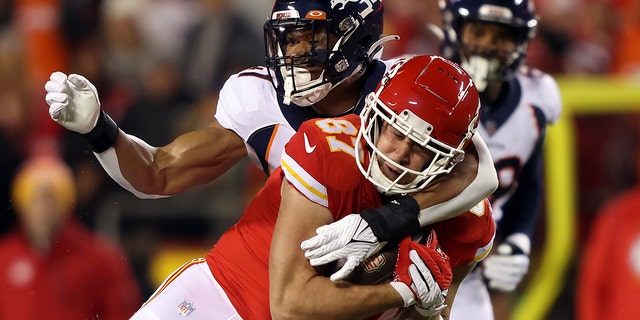 Travis Kelce of the Kansas City Chiefs is tackled by Kenny Young of the Denver Broncos on Dec. 5, 2021, in Kansas City, Missouri.
(Jamie Squire/Getty Images)

“It was just beautiful to watch,” Chiefs coach Andy Reid said after the game.