Detroit Tigers pitcher Casey Mize was frustrated with an umpire Tuesday night during his outing against the Kansas City Royals amid MLB’s crackdown on foreign substances.

While the league’s new guidance for players and umpires is set to go into effect Monday, Mize was forced to change gloves because of the color. Mize said umpire John Tumpane told him to switch out the glove. 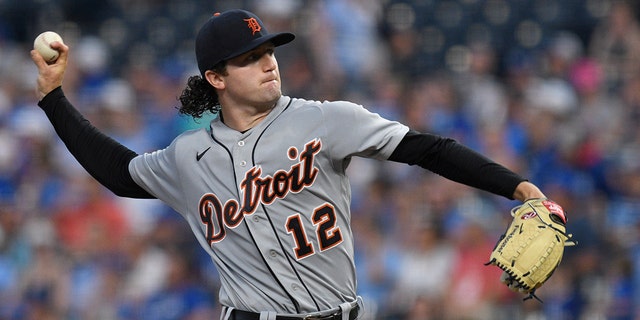 “He said the gray color was too light,” Mize told reporters, via MLive.com.

The change came as MLB issued guidance saying that umpires will receive broad power to inspect pitchers and position players for any kind of foreign substance.

Mize, who is having a solid season with 62 strikeouts and a 3.49 ERA in 2021, was worried that he would get lumped in as a pitcher who needs a foreign substance.

“I assume everyone thinks that I was using sticky stuff now, which I was not. So I just thought the timing of it was pretty s—tty, honestly. The umpires need to get on the same page, because I’ve made 12 starts (in 2021) and everybody was fine with (the glove). Or John Tumpane just needs to have some feel and just let me pitch with the glove that the other team did not complain about. (Tumpane) brought it up himself. John’s a good umpire and a very nice guy. But I mean, just have some feel for the situation, because I hate that I’m in a position now where I assume everyone thinks I was using sticky, when in reality, that was not the situation at all,” he added.

MLB will be coming down harder on pitchers using sticky substances to gain a better grip on the ball and thus increasing their spin rate. The announced guidance received plenty of blowback from players like Trevor Bauer, Carlos Rodon and Tyler Glasnow.