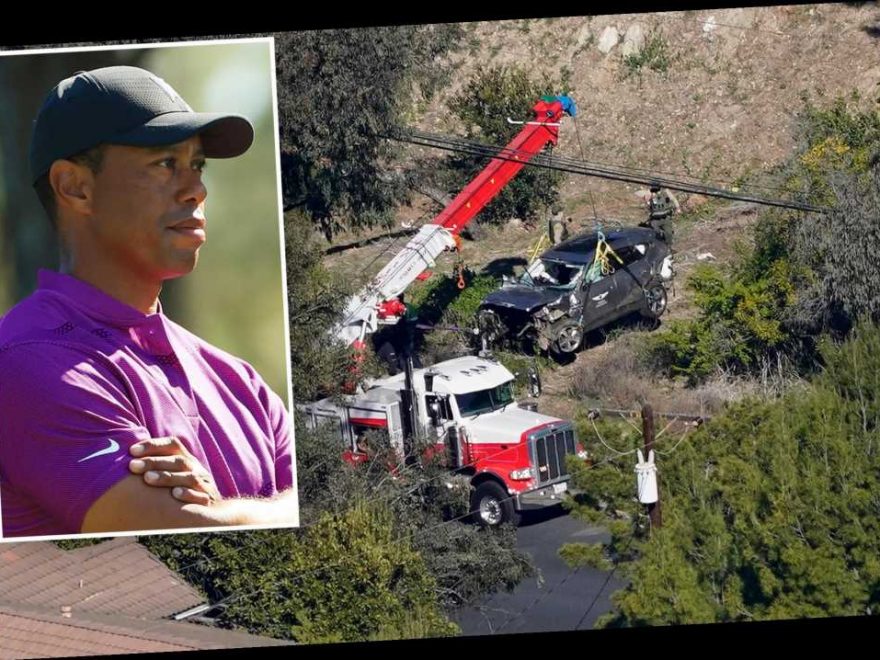 Here’s what we know so far about Tiger Woods’ injuries

Tiger Woods was en route to film a documentary when he had his near-fatal California crash — raising questions over why he was behind the wheel and not in a chauffeur-driven limo, according to a report.

The 45-year-old golfing legend was on his way to Rolling Hills Country Club Tuesday for his second day shooting footage with Peter Berg, the Hollywood director confirmed in an Instagram post hours after the crash.

“We shot with Tiger [Monday] and he was charming, giving and full of life. He was professional and f—ing awesome,” Berg wrote alongside a photo of them together.

“Today he didn’t make it to set and we are a heartbroken crew,” he wrote, sending the sporting great “love and deep admiration.”

As well as Berg, NFL stars Drew Brees and Justin Herbert were also waiting for Woods, ready to get golfing lessons for the documentary-style series called “Tiger Woods: My Game,” the Los Angeles Times said.

The sportsmen, Berg and his crew waited two hours with no idea that Woods had been almost killed in a crash, the report said.

The fact that Woods was filming a show destined for GolfTV and Discovery+ raises the question of why he was driving himself, especially given his history of car accidents, the L.A. paper said.

Discovery typically provides transportation for stars of its productions — and a chauffeur would almost certainly have been used had the series been the bigger-budget project initially planned, the report said.

The initial budget would have made it a unionized project, meaning a Teamsters driver could have chauffeured Tiger Woods and any other talent or crew to the film location, union officials said.

But Woods’ series was cut down to a low-budget fly-on-the-wall project with a non-union crew, the paper said.

However, the outlet noted — despite his history on the road — Woods is well known in golfing circles to like driving himself.

In the first day of shooting Monday, Woods gave lessons to actor David Spade, actress Jada Pinkett Smith and former NBA star Dwyane Wade. He did not play himself because of his back injury.

“Everyone at Discovery wishes Tiger a speedy recovery and our thoughts are with him, his family and his team at this time,” Discovery said in a statement.