TIGER WOODS could not hide his excitement as his son hit an incredible eagle at the PNC Championship.

The pair have joined forces at the team event at The Ritz-Carlton Golf Club in Florida. 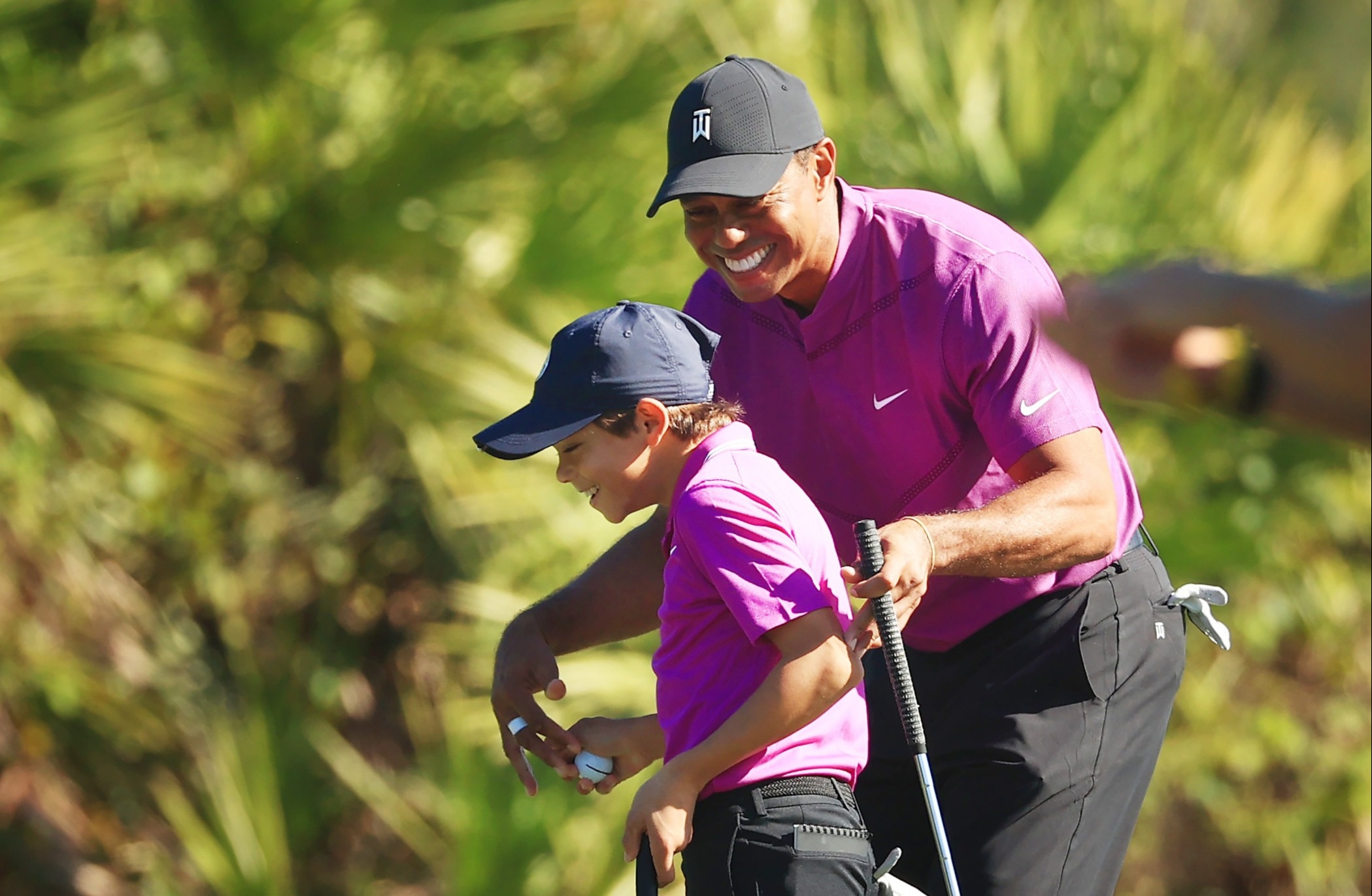 Charlie proved his potential as he produced a moment of magic on the third hole on Saturday.

The talented 11-year-old creamed a 5-wood 175 yards to within four feet of the hole.

He made an eagle on his own ball, which was clearly a proud moment for Tiger.

The fifteen-time major champion, 44, applauded Charlie before he gave him a high-five.

As they walked off of the green, Woods proudly said: "That's your first eagle."

The duo amazed fans as they showed off their near-identical strokes this week.

Alongside it, she wrote: "Charlie Woods is a mini Tiger". 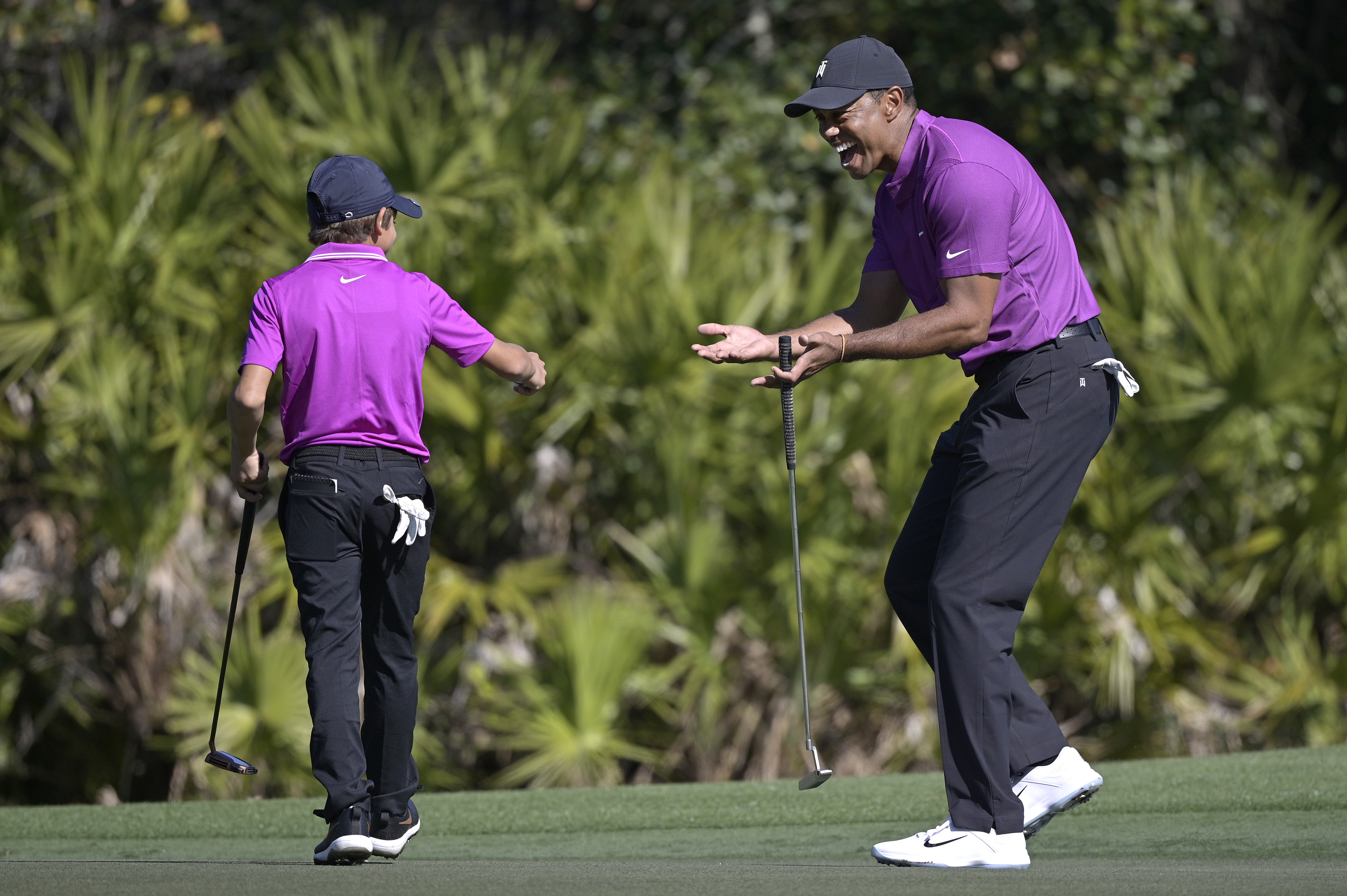 Ahead of the father-son event, Woods said: "I can't tell you how excited I am to be playing with Charlie in our first official tournament together.

"It's been great watching him progress as a junior golfer.

"It will be incredible playing as a team together in the PNC Championship."