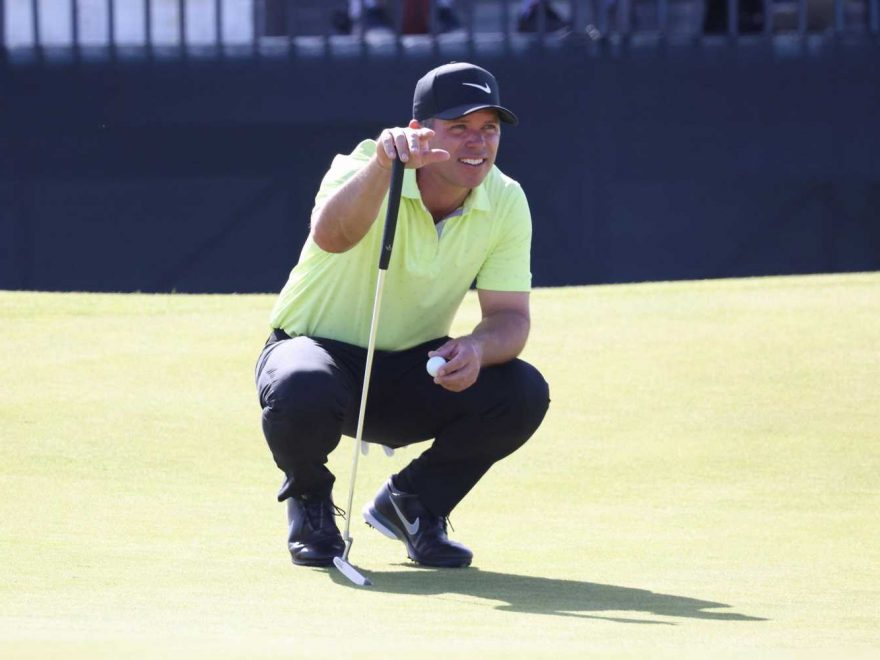 One year later than expected, the Olympic men’s golf competition takes place, beginning Wednesday (6:30 p.m. ET) in Saitama, Japan. The field of 60 players has been shuffled near the top as World No. 1 Jon Rahm (Spain) was the event favorite at 5/1 but had to withdraw due to a positive COVID-19 test.

“Champion Golfer of the Year” Collin Morikawa, who won the Open Championship two weeks ago, is now the favorite at 7/1. Fellow members of Team USA Xander Schauffele (9/1) and Justin Thomas (11/1) follow in the marketplace. World No. 6 Bryson DeChambeau was supposed to be the fourth member of Team USA but had to withdraw due to a positive COVID-19 test. So “Captain America” Patrick Reed (18/1) takes his spot.

Here are some players who figure to star on the world stage.

The 44-year-old’s recent comments have seemed to indicate how excited he is to represent Team GB in not only the Olympic games, but likely the Ryder Cup later this fall.

When you are an older player, the opportunities to do so are fleeting. Casey has been all-around consistent with this game having emerged victorious in Dubai earlier this season and posting seven top-10 finishes (including two in major championships) or better in 15 starts. The Englishman also ranks second in this field (behind only Morikawa) for Shots Gained: Approach. He also putts better on bentgrass and has a few of his career wins in Asia. Casey is 9/2 to medal at BetMGM.

The Australian has shown his mettle in international competition, including at the 2018 World Cup of Golf, where he finished second with partner and fellow Aussie Marc Leishman, and at the 2019 President’s Cup, defeating Justin Thomas in Sunday singles matches. Smith began his professional career on the Asian Tour so he should be comfortable on this course. He also ranks near the top of this field in both Shots Gained: Putting and Sand Saves. Smith is 7/1 to medal.

Started off the season hot with back-to-back runners-up in Hawaii and then cooled a bit until a few weeks ago at the Rocket Mortgage Classic, where he went bogey-free for 72 holes. Then, he bogeyed the first playoff hole to settle for another runner-up finish. The Chilean is in the top 10 in this group for SG: Off-The-Tee. In addition, he is a better putter on Bentgrass and rates sixth in this group for SG: Putting on bentgrass. Niemann is 13/2 to medal.

The South Korean played his first two full professional seasons on the Japan Golf Tour in 2017, so this event is a bit of a homecoming for him. He has had a bit of a slow year with just three top 10s in 21 starts, but a T-8 last month at the Rocket Mortgage Classic is encouraging. Plus, he is a very solid putter on bentgrass as evident by his T-2 at the Masters in 2020. Furthermore, the motivation of avoiding having to take two years off for military service cannot be understated. He saw what happened to the promising career of his compatriot Sang Moon Bae. Im is 8/1 to medal.

Rates as the eighth best player on the European Tour SG: Tee-To-Green and fifth for SG: Off-The-Tee. The Belgian’s approach play (69th) has been down this year, but he did rank third for SG: Approach on tour last year. He finished fourth at the Olympics in 2016 when a third-round 77 kept him out of the medals. Pieters is 18/1 to win a medal this time.