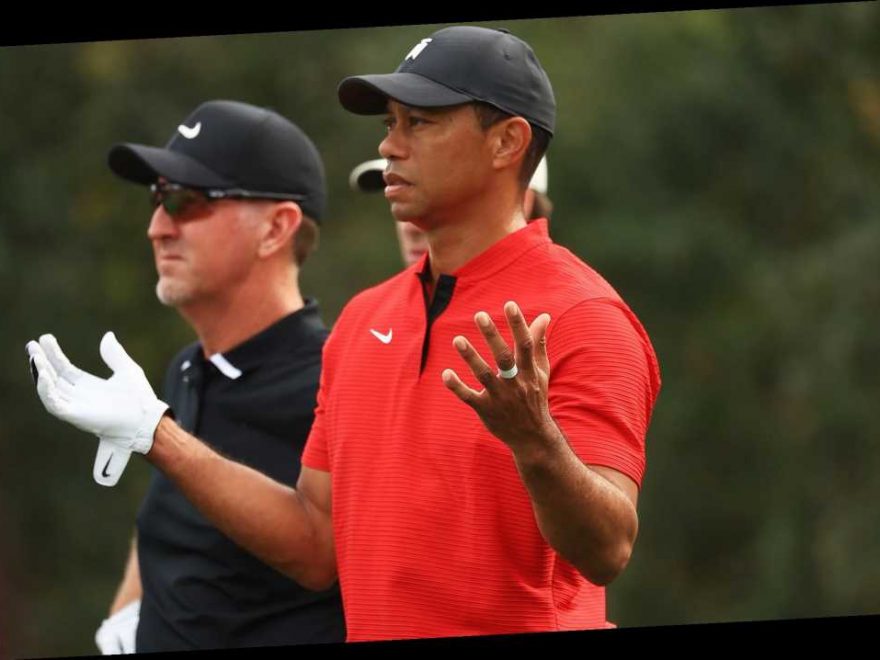 Stunning look at the Tiger Woods we knew so little about

If you’re Tiger Woods or someone inside his fiercely protected inner circle and you watch Part 2 of HBO’s documentary “Tiger’’ when it airs on Sunday, you’re likely to squirm in your seat because there are some highly uncomfortable moments.

If you’re a golf or sports fan or merely a casual observer fascinated by the rise-and-fall roller-coaster life of Woods, you’re likely to be riveted.

At the end of the nearly two-hour second part to the two-part documentary, the producers presented the fair and raw truth about Woods’ life, which has not been only about success and winning major championships.

That, of course, is what Woods’ inner circle would prefer be portrayed, which is why Woods’ long-time agent, Mark Steinberg, recently denounced the production in a statement, calling it “just another unauthorized and salacious outsider attempt to paint an incomplete portrait of one of the greatest athletes of all-time.”

Steinberg was both right and wrong with that assessment. He was right that Woods is one of the greatest athletes of all time. But he was wrong about the documentary being an incomplete portrait.

Part 2 weaves through some of Woods’ most remarkable triumphs on the golf course, ending with his 2019 Masters victory, and also through some of the real-life struggles he endured by his own doing with his extramarital affairs, his multiple back surgeries and the toll those things took on his life.

Part 2 opens with Woods’ visits with the military seals after the death of his father, Earl, to “honor’’ him. It quickly shifts to his winning the 2007 PGA Championship at Southern Hills, shortly after Earl’s death, with his then-caddie Steve Williams saying Woods had “this aura of invincibility.’’

But Williams accurately stated that, “In reality at that point in time, being Tiger Woods had taken its toll on Tiger Woods.’’

This is when the documentary shifts its focus to Las Vegas and Woods’ introduction into the pampered and privileged world of his buddies, NBA stars Michael Jordan and Charles Barkley, quoting Tiffany Masters, a former VIP host, as saying, “We catered to Tiger. We spoiled him, treated him like a prince.’’

Part of that treatment was introducing Woods to women.

This is where the doc introduced Neal Boulton, a former editor at the National Enquirer, the publication that ultimately revealed the Woods’ cheating scandal to the public.

“Be careful of the image you create of yourself … because it can all come tumbling down,’’ Boulton said.

Enter the footage of Mindy Lawton, the Perkins Restaurant waitress Woods had an affair with that an Enquirer photographer captured images of in a car in a church parking lot.

That salacious portion of Woods’ life in the doc was then set aside while it transitioned into the 2008 U.S. Open, which Woods won in a playoff despite having a broken bone in his leg and a torn ACL in his knee.

The documentary drifts from the real-life frailties of Woods to hero worship for some of his greatest moments on the golf course.

After Rocco Mediate, who Woods defeated in that U.S. Open playoff at Torrey Pines, was quoted to say of Woods, “I think he thought he was immortal,’’ the doc drifts back into the darkness of his life.

Enter Rachel Uchitel, the New York nightclubber with whom Woods had the affair that ultimately broke up his marriage with Elin Nordegren.

In the doc, Uchitel’s interview is very detailed about the events leading up to the notorious Thanksgiving 2009 smash-up of Woods with not only his wife but his SUV against the fire hydrant and tree.

Uchitel said she believed Woods felt like he could be his real self when he was around her.

“He was so scared of not living up to the Tiger that everyone else thinks he is,’’ she said.

The ensuing media coverage of the scandal showed several of the record-number of consecutive front pages The Post dedicated to Woods. It, too, showed footage of that bizarre and awkward news conference with the blue curtains in the background when Woods apologized to the world for his behavior.

The doc then shifts to the 2010 Masters, Woods’ first tournament back after the scandal, and the press conference then Masters chairman Billy Payne conducted during which he effectively publicly scolded Woods for his behavior.

“Our hero did not live up to the expectations we saw for our children,’’ Payne said.

Woods would, rather remarkably, finish fourth that week.

The doc then brings you through Woods’ back injuries, the alarming chipping yips he had at the 2015 Waste Management Open as his game appeared to spiraling to a place from where it would never come back.

And then his arrest on May 29, 2017, when he was asleep in his Mercedes on the side of the road stoned on prescription drugs he’d become addicted to from his back pain.

The raw police footage, both on the side of the road and in the holding cell, where he’s handcuffed, are uncomfortable to watch.

The doc ends on a high note for Woods, detailing his comeback, which would ultimately lead to his 2019 Masters victory.

It quotes Woods, before that Masters, as saying to his two children, “I’m just getting started. Dad’s not done yet.’’