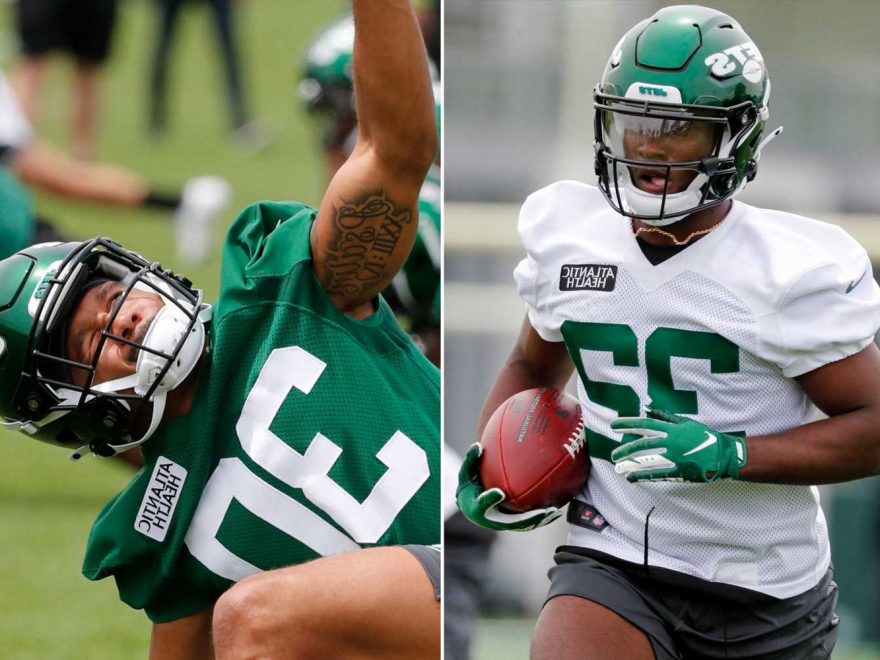 Giants have moved closer to being an NFC East favorite

There will come a time for the Jets to ask this question: “Will the real Michael Carter please stand up?’’

ESPN was. When the Jets turned their pick in for Carter the running back, the network, on its NFL draft telecast, mistakenly showed highlights of Carter the cornerback.

“When we took Michael Carter the running back, ESPN threw up Michael Carter II on the screen and we were like, ‘Whoa, whoa, whoa, wait a minute,’ and checked the notes and made sure we made the right pick,” Jets coach Robert Saleh said after the draft.

Saleh, who was in the second day of his first Jets rookie minicamp on Saturday, already is thinking of ways for the team to avoid confusion with its two Carters.

“It’s going to be confusing for sure,’’ Jets rookie quarterback Zach Wilson said. “I’ve got to come up with nicknames for them.’’

Carter the cornerback, the first of three corners taken by the Jets on the third day of the draft, called it “pretty cool and kind of ironic that we played against each other for four years in the same conference, have the same name and now we’re on the same team. We’ve had fun with each other about it. There hasn’t been too much confusion … yet.’’

Before last week, no team had ever drafted two players with the same name during the common draft era.

What would make the story even richer is the Jets getting significant contributions from both Carters.

Carter the running back has a lower-body build that looks like he may be a chore for defensive players to take down. His thick quads rival those that Giants running back Saquon Barkley has become famous for.

“The exciting part is he’s got some really good hands and can catch the ball out of the backfield,’’ Wilson said. “Having that dual-threat running back is important — someone who can hit the hole hard and run guys over and make guys miss on the perimeter.’’

Carter the running back actually scored a rushing touchdown against Carter the corner in a 56-24 North Carolina win over Duke this past season. Carter the corner, though, picked off a pass in the game for Duke.

“I didn’t know who it was [he ran over] until I saw it [later on replay],’’ Carter the running back said of his TD. “In that same game, though, he had a one-handed pick … so he got it back.’’

Carter the running back has mad respect for his namesake at corner, calling out his “freak speed,’’ and saying, “I can’t wait to play with him.’’

Carter the cornerback, a team captain at Duke last season, has worked almost exclusively at the nickel position at this weekend’s rookie camp. He’ll benefit greatly by working against Jets slot receiver Jamison Crowder, a fellow Duke alum, in practice. Crowder is one of the craftiest vets at his position.

“I feel really comfortable in the slot covering the smaller, quicker guys; I feel like I’m build for that role,’’ Carter II said.

“I feel like I bring a burst of energy to the practice field … and on game days I’m going to bring it,’’ Carter the running back said. “I played as a freshman in high school and in college so in the NFL I expect to be out there in my first game making a big contribution to the team.’’