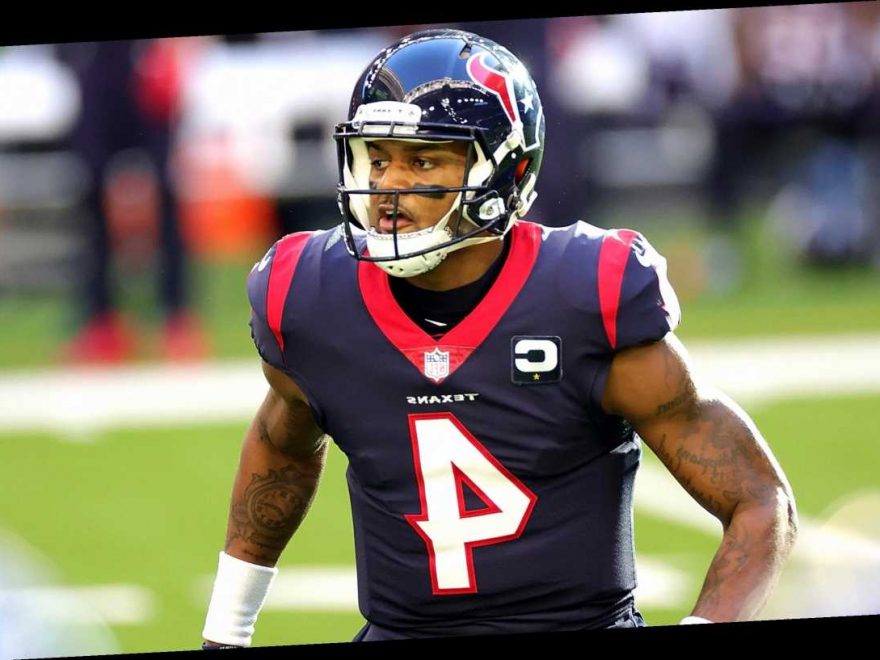 “Watson advocated for Chiefs offensive coordinator Eric Bieniemy — Pat Mahomes put in a strong word for EB with Watson — and the Texans didn’t even put in for an interview with Bieniemy,” NBC Sports’ Albert Breer wrote on Twitter on Thursday night.

The other five teams in the hunt for a new head coach — the Jets, Jaguars, Lions, Falcons and Chargers — have requested interviews with Bienemy, who has been integral to Mahomes’ development in Kansas City.

Breer’s report comes amid cryptic smoke signals and multiple sources suggesting Watson is unhappy in Houston. His discontent stems specifically from the search for a new coach and general manager, a void left after the Texans fired Bill O’Brien four games into the 2020 season.

O’Brien, 51, served as head coach from 2014 to 2020 and as de facto general manager since 2019. Watson was promised by owner Cal McNair to be included in both hirings, a vow which quickly rang hollow, however, as the team hired Nick Caserio as their new general manager without consulting the signal-caller.

“Easy to see where he’d feel like they were just placating him by telling him he’d be involved,” Breer added.

“some things never change….” Watson tweeted and later deleted on the heels of Caserio’s hiring.

NFL Network’s Ian Rapaport reported that Watson was “extremely unhappy” with how things were unfolding with the franchise.

The 25-year-old Watson has been a member of the Texans organization since 2017. He was drafted No. 12 overall following a prolific college career at Clemson. He was named a consensus All-American in 2015 and led the Tigers to a National Championship title in 2016.

Watson has a career 67.8 completion percentage and has passed for 14,539 yards, 104 touchdowns and 36 interceptions. He also has 307 rushing attempts for 1,677 yards and 17 rushing touchdowns over four NFL seasons and has helped lead the Texans to two back-to-back playoff appearances in 2018 and 2019. Last year, they were defeated in the divisional round by the Chiefs, who would later go on to win the Super Bowl.

Watson led the league in passing yards in 2020, but the Texans finished 4-12 on a five-game losing streak. Their paltry record would have landed them the 2021 No. 3 overall pick, but that was previously sent to the Dolphins along with a 2020 first-round pick and a 2021 second-round pick.