SOUTH AMERICAN players have not always thrived at Manchester United.

While there have been some notable exceptions – there are too few who have truly embedded themselves into the hearts and minds of the Stretford End. 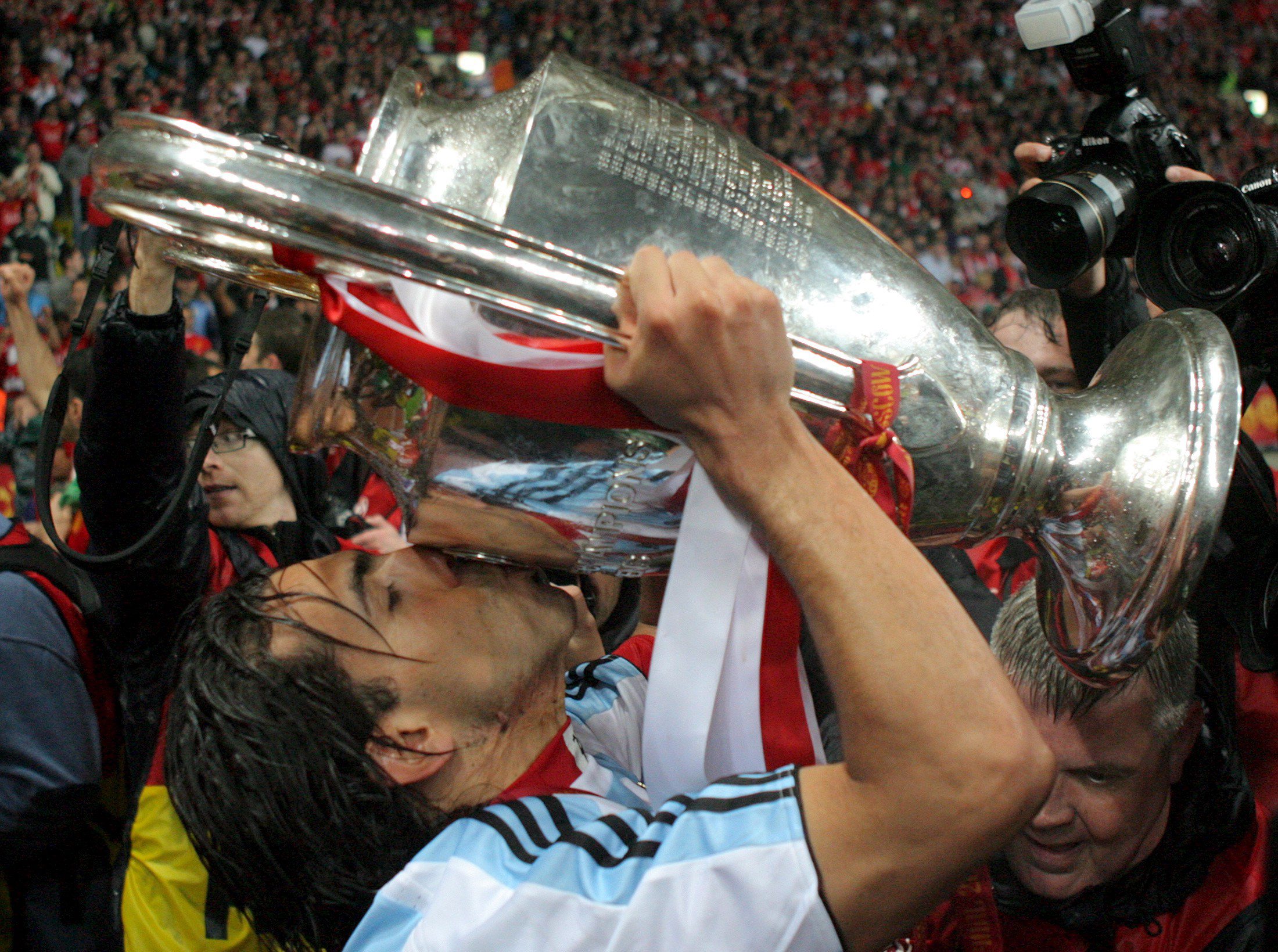 This is the challenge Edinson Cavani has to overcome after signing a two-year deal with Ole Gunnar Solskjaer's side worth £200,000 a week.

Does the thought of Andreas Pereira or Marcos Rojo on the Old Trafford team sheet stir the soul? Probably not.

So let's rank these South American stars in order of merit in the red shirt.

We run them down from best to worst…

United's greatest South American – despite his controversial move across town.

Tevez was a key part of their fearsome trio alongside Cristiano Ronaldo and Wayne Rooney.

The Argentina international was happy to drop deep, charge into the box and win headers, track back and win the ball and play one-twos with his team-mates.

While not a complete player, Tevez achieved more in his two years at United than many do in their entire careers.

He scored 34 goals in 99 games at United, with 14 assists and won the Premier League twice, the Champions League, the League Cup and Club World Cup. Brilliant. 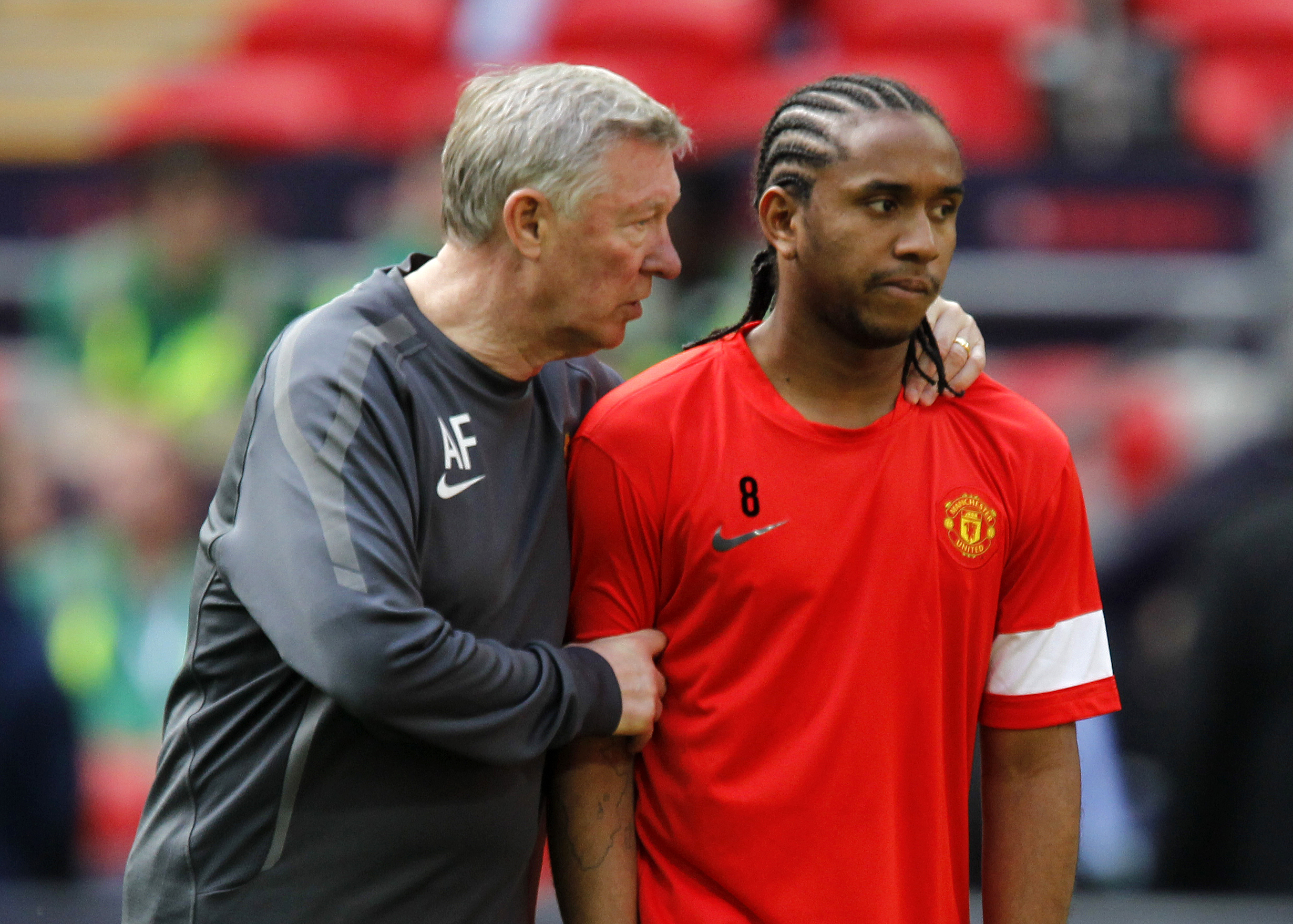 Often described as a 'flop' – a title that is completely unfair on Anderson.

When he was signed from Porto as an unknown 18-year-old, United fans were blown away by his ability to run the ball from box to box.

And his strength in the tackle was a huge advantage – but his distribution and finishing let Anderson down at times.

Many a chance was fluffed after he would balloon shots over the bar after running on to the ball.

People forget he scored two goals in a Champions League semi-final though.

Mr Reliable and boss of the right flank – you won't find any proper United fan who would describe Valencia as a flop.

The problem was, he played on the right wing after the departure of a certain Cristiano Ronaldo.

And was later converted to a right-back – where he was also very able.

Half of the pair of twins who joined United from Fluminense in 2008, Rafael clocked up more first-team appearances than his identical brother Fabio.

Now 30, the Brazilian is set to play United again in the Champions League after signing for Istanbul Basaksehir last month.

Rafael won the Premier League three times and was a runner up in Europe's top competition twice.

He clocked up five goals and 15 assists at Old Trafford over 170 games, with 34 yellow cards.

The 'best back-up keeper in world football' is how the Argentine is described, but it's difficult to know if that's a back-handed compliment or an insult.

Has 27 clean sheets in 61 games for United, which is very impressive – even if most of them did come in the League Cup. 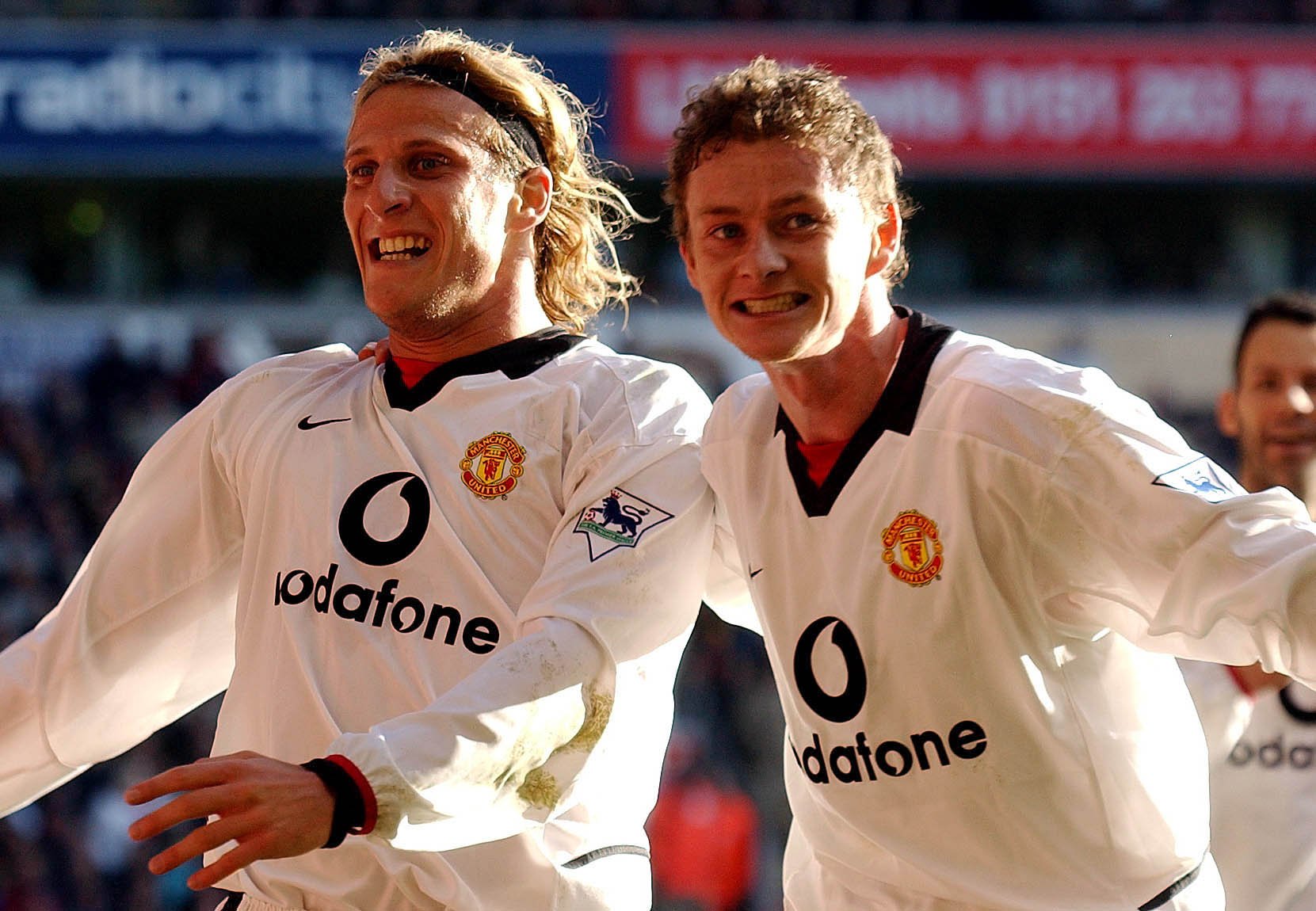 After scoring a brace at Anfield, United fans would chant: "He came from Uruguay, he made the Scousers cry."

Ask any United fan who watched the unheard-of striker and they loved him, while everyone else would send jibes out about the headband-wearing hitman.

The main problem Forlan had – after arriving from Independiente in 2002 – was grabbing his first goal – it took him 10 MONTHS!

And it was not for a want of trying – his work ethic and commitment was outstanding, regularly getting massive whoops from the Stretford End.

Forlan was, perhaps, the greatest beneficiary of the United fanbase's unwavering support, especially at home games.

He did eventually net 17 goals and eight assists in 98 games before leaving for Villarreal in 2005 and won the World Cup golden boot in 2010. 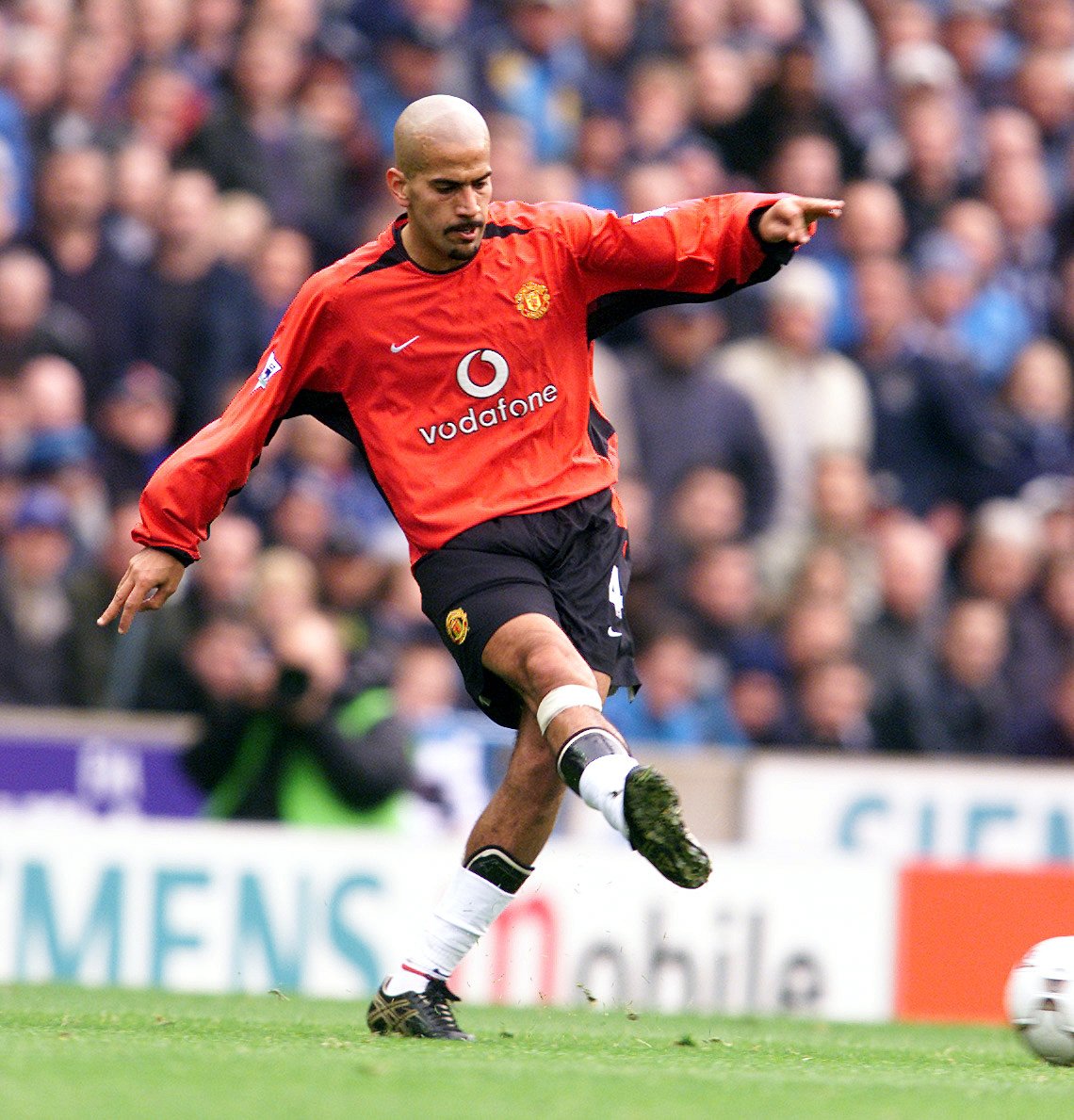 Is there a player who divides United fans more?

The Scot was keen to evolve United into a more pragmatic team in Europe, where they could deploy three in midfield and have a dynamic, unpredictable playmaker.

But there were clearly problems with how he fitted into English football, despite the obvious benefits of having more playmakers in the Champions League.

And with Scholes playing a similar role, there was no question it would be tough to shoehorn Veron, Nicky Butt, Roy Keane, David Beckham and Quinton Fortune into the same midfield.

There were undoubted highs, including the staggering 5-3 win at White Hart Lane in 2001, where United were 3-0 down at half time.

But all was not smooth – and Ferguson was forced to brand a group of journalists "f***ing idiots" during one ill-tempered press conference.

Left for Chelsea after two seasons, before being loaned to Inter for two further years.

English football is a more cosmopolitan place now – you wonder how he would fare today.

Has showed signs of being an all-action midfielder during his time at United.

Some performances, including last season's win at Stamford Bridge, really showed why United paid £52million for him.

But when he is left out of the team for a run of games, the Brazilian sometimes fails to come in and make an impact.

Three goals and five assists in 76 games is not fantastic stats-wise. 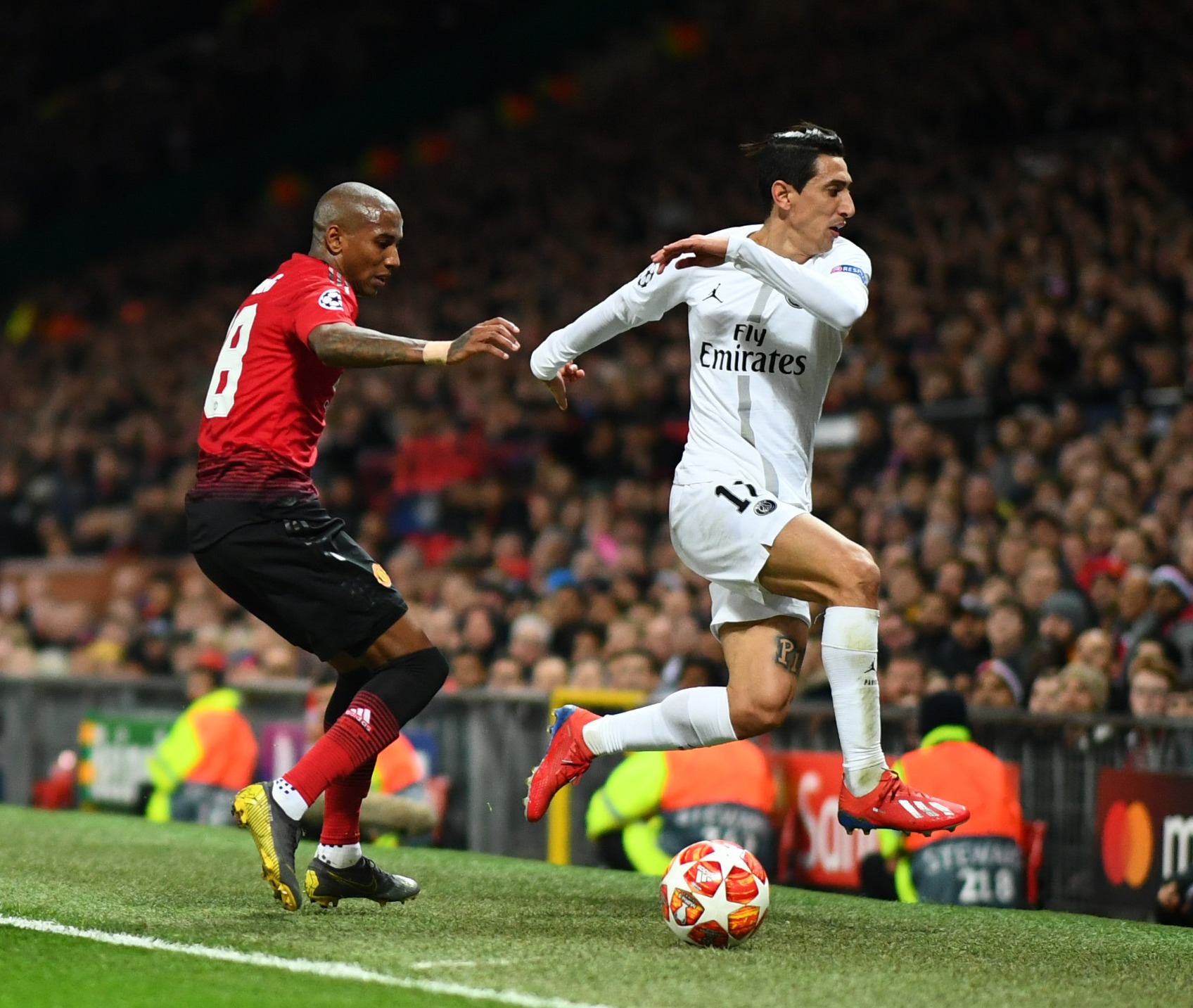 If Di Maria had played under Ferguson or Solskjaer – maybe even Jose Mourinho – he would have fitted in just fine.

But the less said about Louis van Gaal, the better.

Did not help that his home was broken into, nor his wife describing Manchester as a "s***hole" after his switch from Real Madrid.

No doubt Di Maria will be looking at Bruno Fernandes' impact and thinking twice about what could have been.

Instead, his wonder-goal against Leicester – a result United threw away – remains a rare highlight, while Ashley Young shoulder-charging him into the Sir Bobby Charlton stand when he returned with PSG raises a wry smile.

Player of the season, Premier League winner and contender for Europe's best left-back.

So why did it end so sourly for Heinze?

Attempting to force a move to Liverpool did him no favours, nor did the addition of the excellent Patrice Evra in 2006.

His World Cup final appearance in 2010 aside, Rojo is a signing who shows how United have moved sideways since Ferguson retired.

They can't wait to get him off the wage bill.

A Champions League final start in 2011 aside, there is little to remember about Fabio's time at United.

He was a good utility player, but was never going to star at his favoured left-back position given he was predominantly right footed.

Was part of a bizarre 2-0 win over Arsenal in 2011 – where United started with a midfield four of Rafael, Gibson, O'Shea and Fabio.

Won a World Cup, but not hearts and minds at United.

Got screamed at by Roy Keane for a half-hearted effort during a Champions League match.

Keane allegedly told Kleberson: "You need to wake-up! You need to give everything, you need to tackle!

"Why don’t you want to want to play? You just won the World Cup! What’s happened? You need to play better!"

Which just about sums it all up.

A classic bit of modern United wheeling and dealing.

Past his best, some major knee operations later and four goals in 29 games.

A prime example of a player who played his best football at other clubs. 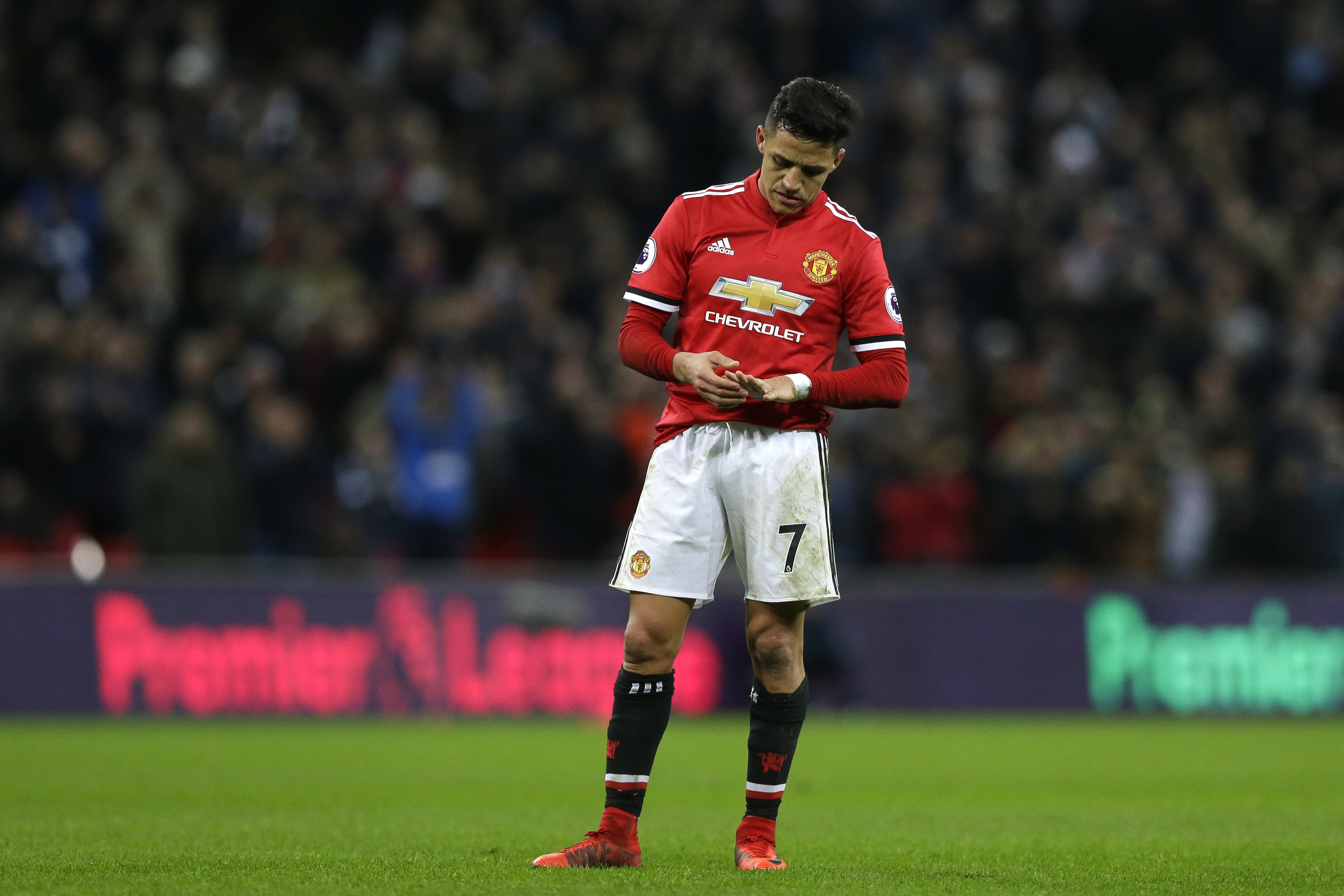 When United wrestled the Chilean from under City's noses in 2015, they thought they were getting another Robin van Persie from Arsenal.

Instead, they got a square peg in a round hole, misplaced passes and a pale shadow of the man who starred at the Nou Camp and Emirates.

A goal roughly every other game for Arsenal descended into one every nine for United.

Sanchez's two assists in the 3-2 comeback win at City aside, Sanchez remains a lesson learned the hard way.

Half a million quid a week was always too much for anyone, bar Messi or Ronaldo.

The Uruguayan was signed as a promising young talent by Sir Alex Ferguson, but he arrived under David Moyes' doomed tenure.

Just 11 appearances for United is never enough to judge a player, but the fact that he has played for Frankfurt, Penarol and Copenhagen probably sums up Varela's level.

Gave Solskjaer a big selection headache when the Norwegian realised he'd actually have to play Pereira.

But the most heartbreaking part of the Belgian-born Brazilian's career at United was his regular Instagram updates containing professionally-designed graphics previewing the next game.

Quite often, Pereira would either be on the bench for match, or not in the squad – a waste of fine art.

As an attacking midfielder, it became clear Pereira was not good enough for United last season when he was given regular games, but rarely made an impact.

There is no shame in not making it at a club like United, in not being good enough, having come through the youth ranks.

His four goals and five assists in 75 games says a lot – and is a big reason he finishes bottom of our rankings.

So does the fact that he's now deleted all his United-related Instagram posts.