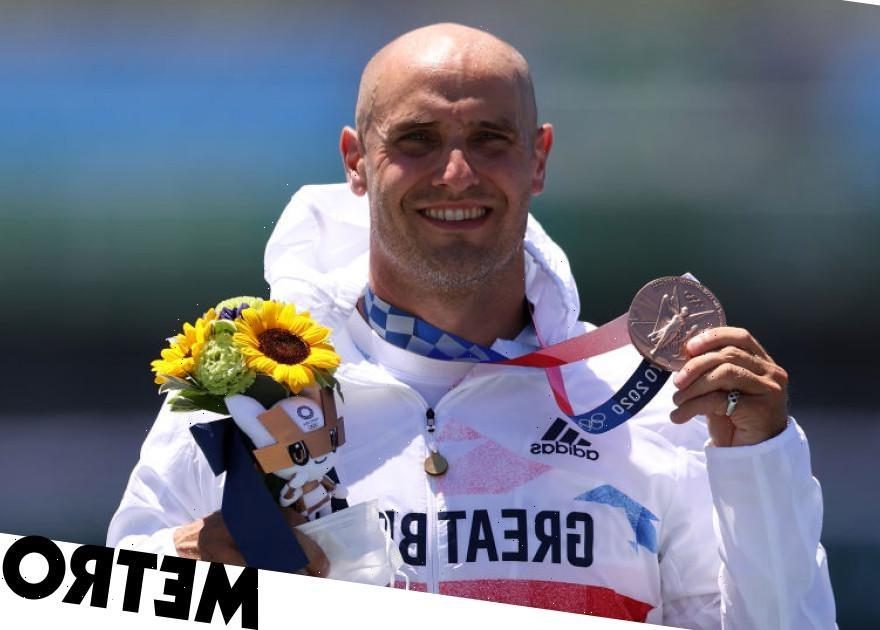 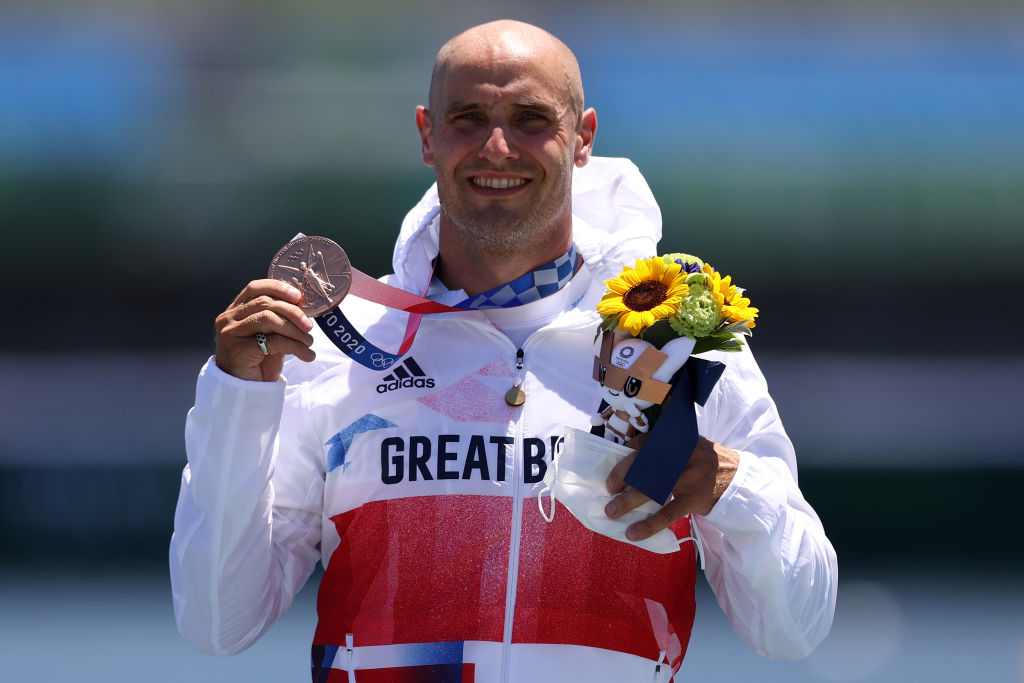 Team GB’s Liam Heath picked up the fourth Olympic medal of his distinguished career as he claimed bronze in the K1 200m canoe sprint.

Heath, 36, was let down by a poor start as he failed to defend his Rio 2016 title but he has now medalled at three separate Games after a bronze in London 2012 and a further silver in the me’s double with Jon Schofield in Rio.

Sandor Totka of Hungary took the gold with a winning time of 35.035 as Italy’s Manfredi Rizza picked up silver.

After the race, Heath cast doubt on whether he would be involved in Paris next time around.

‘It’s hard to put into words, it’s what you’re working towards, to be at your best for these events and I’ve learned so much along my journey,’ Heath told the BBC.

‘You learn more about yourself, your competitors and the people you work with day in, day out. It’s them working tirelessly behind the scenes which provides the support for me to be able to achieve my dreams.

‘A massive thanks to everybody that’s watching at home. Not quite the gold, but I’m happy with my performance so I hope you guys can be happy too.

‘My future is something I have to think about a lot more seriously now, it’s a joint decision for me, my wife and my whole family because of the effort that goes into each cycle. It’s only a few years away now, it’ll be a short cycle to Paris.’

Dissecting the race, Heath explained why he’d struggled to get out the traps.

‘You don’t know where you’ve place when you hit the line, all you know is that you’ve done your best, you pushed it as hard as you could. If you can say that, it’s a decent effort,’ he added.

‘There was a bit of confusion in the start, you can hear the commentator behind, with the flaps and the buckets or the sensors or something. The buckets bounce around with the waves and the wind.

‘With slight headwinds, you’re going to get people being pushed back, especially when there’s a pause. It was a long hold, but you’ve just got to keep staring at that line.

‘The last 100m has always been the strongest part of my race. Everyone can accelerate really quickly and reach top speeds, but it’s more about maintaining that. I was a bit hesitant of the start, didn’t reach my peak speed, but I’m still happy with the performance. A lot of lactic tolerance sessions, throwing up, lots of nastiness that builds that strength.’