‘Exercise is like playing Russian roulette. The more I do the more it could take me down’: James Taylor on the heart condition that nearly killed him and led him from Test star to England cricket selector

James Taylor’s face lights up as he remembers the contribution he made to a famous Test victory in Johannesburg the last time England toured South Africa.

‘To take two catches like that at the Wanderers was the best feeling I’ve ever had on a cricket field,’ said Taylor of the sharpest of reactions he displayed at short leg in that series-clinching third Test almost four years ago.

‘You would think it would be scoring a hundred against Australia or making 98 not out in front of a 100,000 people in the World Cup at the MCG but taking those catches was by far the greatest I felt during a game.’ 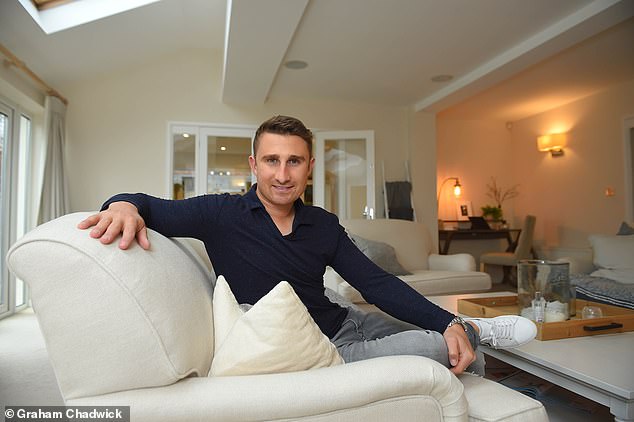 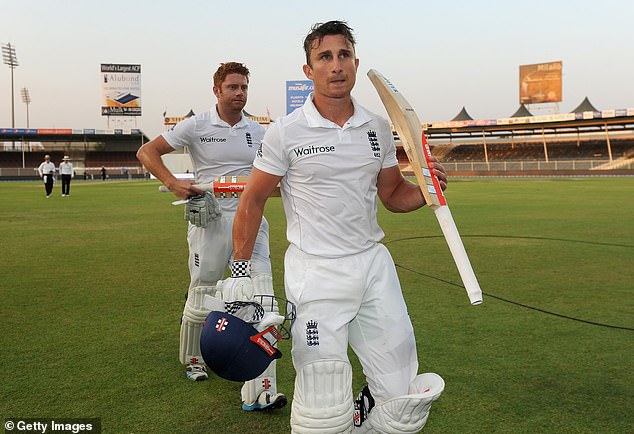 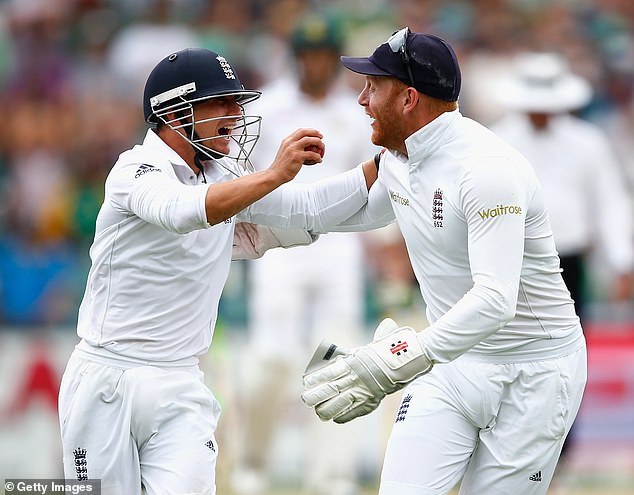 It is a special memory in the cruelly curtailed career of a cricketer who had cemented his place in the England Test side during a 2-1 series victory.

‘It’s so satisfying when you work hard at something and it pays off,’ continued Taylor of the fielding that saw him snaffle both Hashim Amla and Dane Vilas with outstanding grabs.

Sadly, Taylor was to play only one more Test and a one-day warm-up game on that tour before two months later, fate took the most horrific twist. Taylor was preparing for Nottinghamshire’s pre-season game against Cambridge University when his heart started ‘going mental’.

He was given oxygen before taking himself off to hospital where he was later told it was a ‘miracle’ he had been able to walk there. Taylor was diagnosed with arrhythmogenic right ventricular cardiomyopathy, a rare inherited heart condition. His career, and very nearly his life, was over. 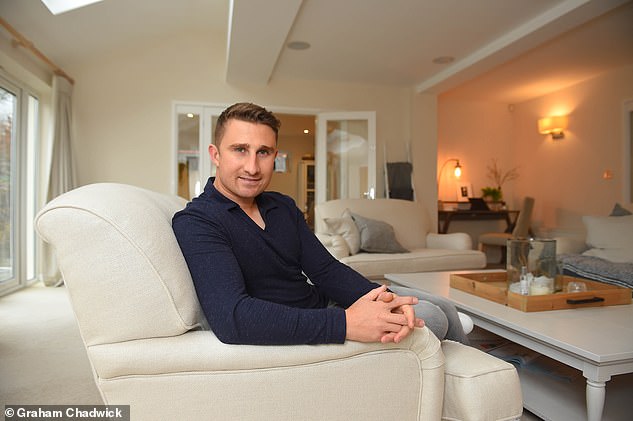 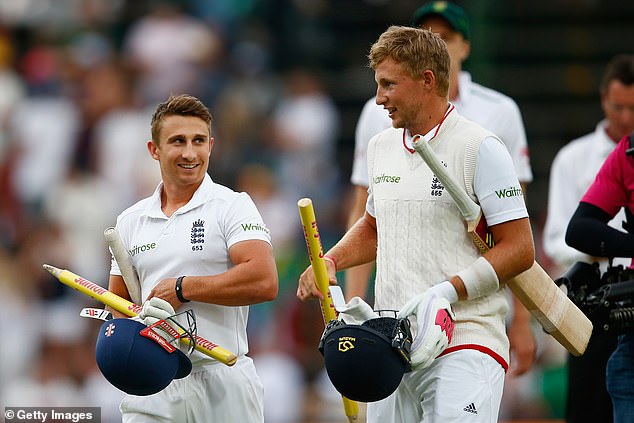 ‘When I got rushed into hospital all I could think of as I was put on the bed and had all the wires strapped to me was “get me ready to face Sri Lanka”,’ said Taylor. ‘I said, “Do whatever you need to do as long as I can play against Sri Lanka”.’

But cricket was the last thing on the minds of the doctors who saved the life of the then 26-year-old.

‘That tour should have been the start of something for me not just in Test cricket but also in the one-day game because I’d played a lot of 50-over matches in the last year for England and I’d scored a hundred in the ODIs against Australia at the back end of the previous summer,’ Taylor told Sportsmail.

‘And people forget I scored a hundred in the last game I finished. A hundred in an England shirt against South Africa A in Kimberley. Not many people can say that.’ 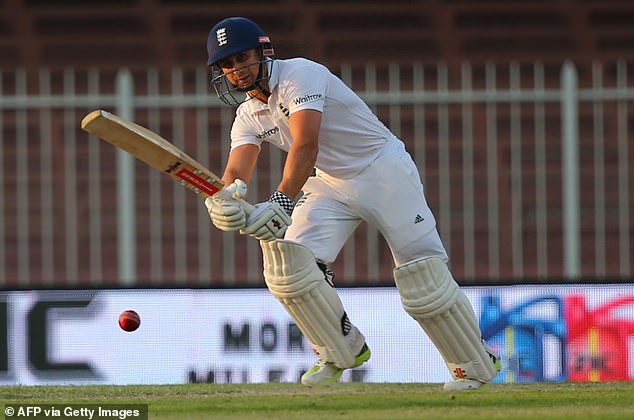 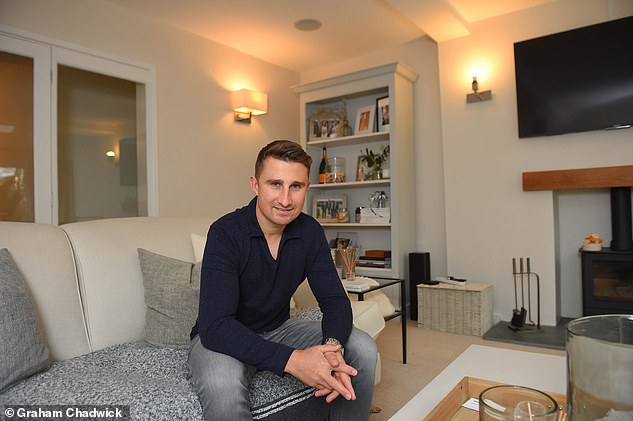 There is huge sadness in his voice but it is only for a moment. Because Taylor’s story is primarily not one of what might have been, but one of courage in the face of adversity.

As England prepare to take on South Africa again in a four-Test series that begins in Centurion on Boxing Day, Taylor can look back on four years that have seen him carve out a new career.

Approaching his 30th birthday, he is the youngest full-time selector in world cricket and instead of playing in South Africa, he helped pick the squad.

‘I’m very lucky those times in South Africa were my last memories in cricket,’ he says in his first interview since becoming a selector. ‘It was the best time I’ve ever had.

‘Those feelings that go through your body on a cricket field, that’s up there with the best things I’ve ever done.

‘We won that series when we weren’t really expected to. South Africa were right up there and I played six Tests against them when they were at the top of the tree. Everyone expected them to beat us so it was so nice to go there and win.’ 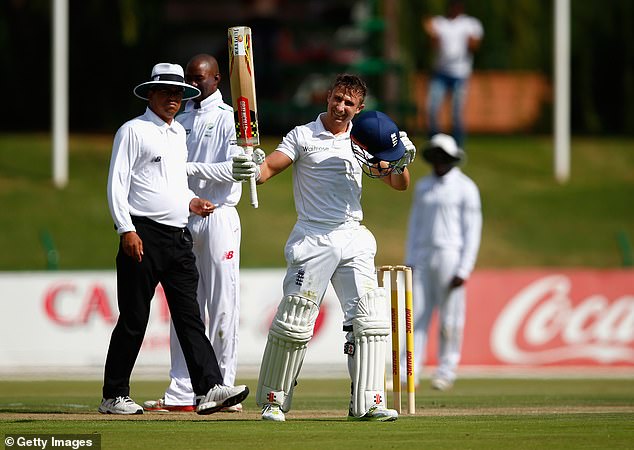 Taylor has rebuilt his life after the surgery that has left strenuous exercise impossible.

‘I’ve never looked at it and gone “poor me”,’ he says. ‘If I’d chosen to look at it like that I could have slipped down another path. I’ve enjoyed everything I’ve done over the last four years.

‘That has involved coaching, batting consultancy, working for Test Match Special which was amazing, Sky, BT Sport and writing for the Evening Standard.’

But it is as Ed Smith’s right-hand man that he has carved out an important role in England’s future.

‘This opportunity came up and it’s great,’ he says. ‘It’s helped me get back involved with something I’m passionate about and where I feel I can make a difference. I had plenty of experience of being picked and mostly not picked in my career! I understand the frustrations and how it works.

‘It was good, too, that I had a couple of years in the media saying exactly what I thought about the team and individuals in it and didn’t go straight into selecting. It gave me perspective and people outside the game saw me conveying what I felt rather than just walking straight into a selecting role and that’s important. 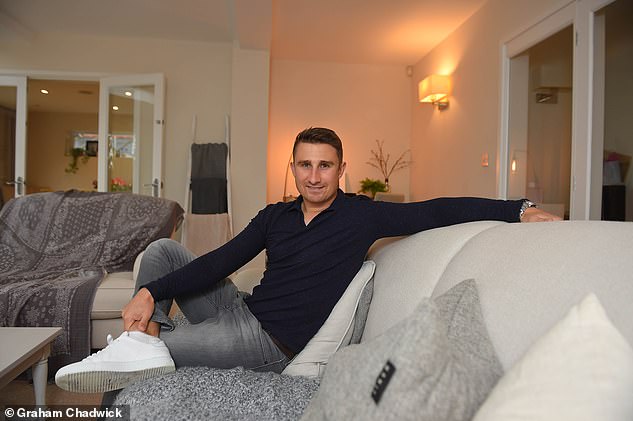 ‘It’s a unique position because nobody has been this young as a selector. The game has changed so much even since I started playing and it helps me that I have such recent experience of it.’

You would never think, to look at Taylor now, that he had been through anything so serious. He looks a picture of health.

‘I have a defibrillator in my chest and wires screwed into the bottom of my heart with actual screws but if people look at me they will think I’m normal, so that’s great,’ he says.

‘I think about what happened to me all the time. Every time I get off the sofa I think I might pass out because I’ve got low blood pressure.

‘Then when I cross the road and have to get a shuffle on I have to make sure I don’t move too quickly because there are always potential consequences in the back of my mind.

‘There are obviously limitations but it hasn’t affected me as a coach. It is bizarre to think I will never run again because it’s what I did every single day of my life. 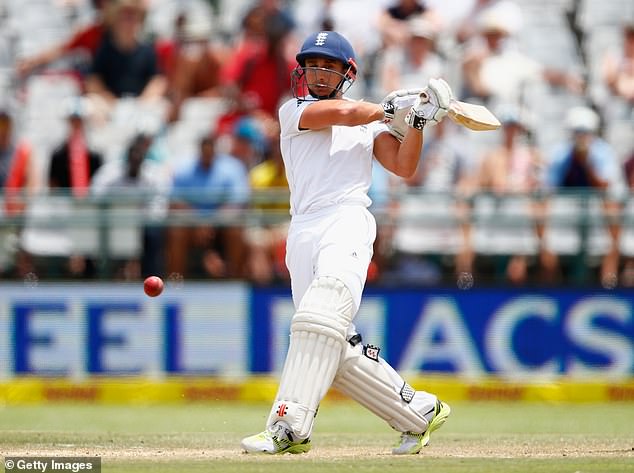 ‘I said to my wife the other day “shall we go for a jog?” because I want to get more active but there’s a limit to how active I can be. It’s like playing Russian roulette. The more I do, the more chance it could take me down. I sit on a bike every now and then in a gym and I tick over but I’m always aware of the feelings in my body.’

Now he is looking forward to watching England back in the country where he thrived.

‘I have a lot of good things to look back on,’ he insists. ‘I captained England in Ireland and I took over when Eoin Morgan was concussed against Australia so even though it wasn’t official I captained my country against the Aussies.

‘I also learned when I was in hospital that, at the time, I had the third highest List A average of all time and I never knew that. I’ve got a lot of great memories and so many people to thank for putting me in a place to succeed.

‘Everything that happened in my career enabled me to battle through what I have done in the last four years. Obviously it hasn’t been plain sailing but I can’t complain.’