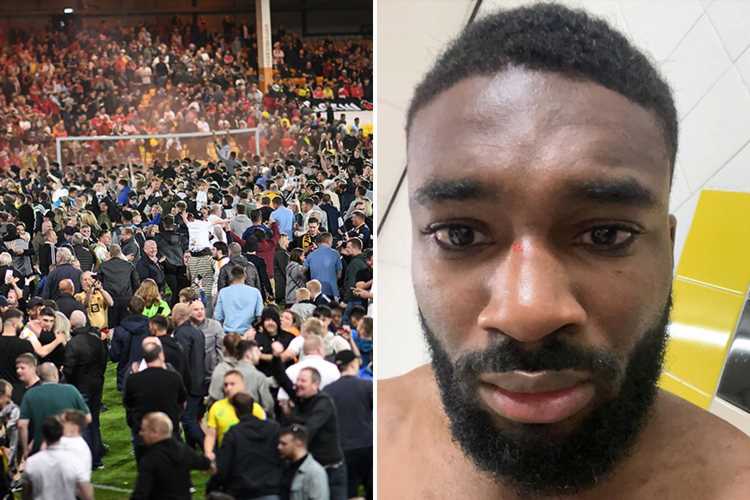 The home side progressed to the League Two play off-final after a 6-5 penalty shootout win over The Robins at Vale Park. 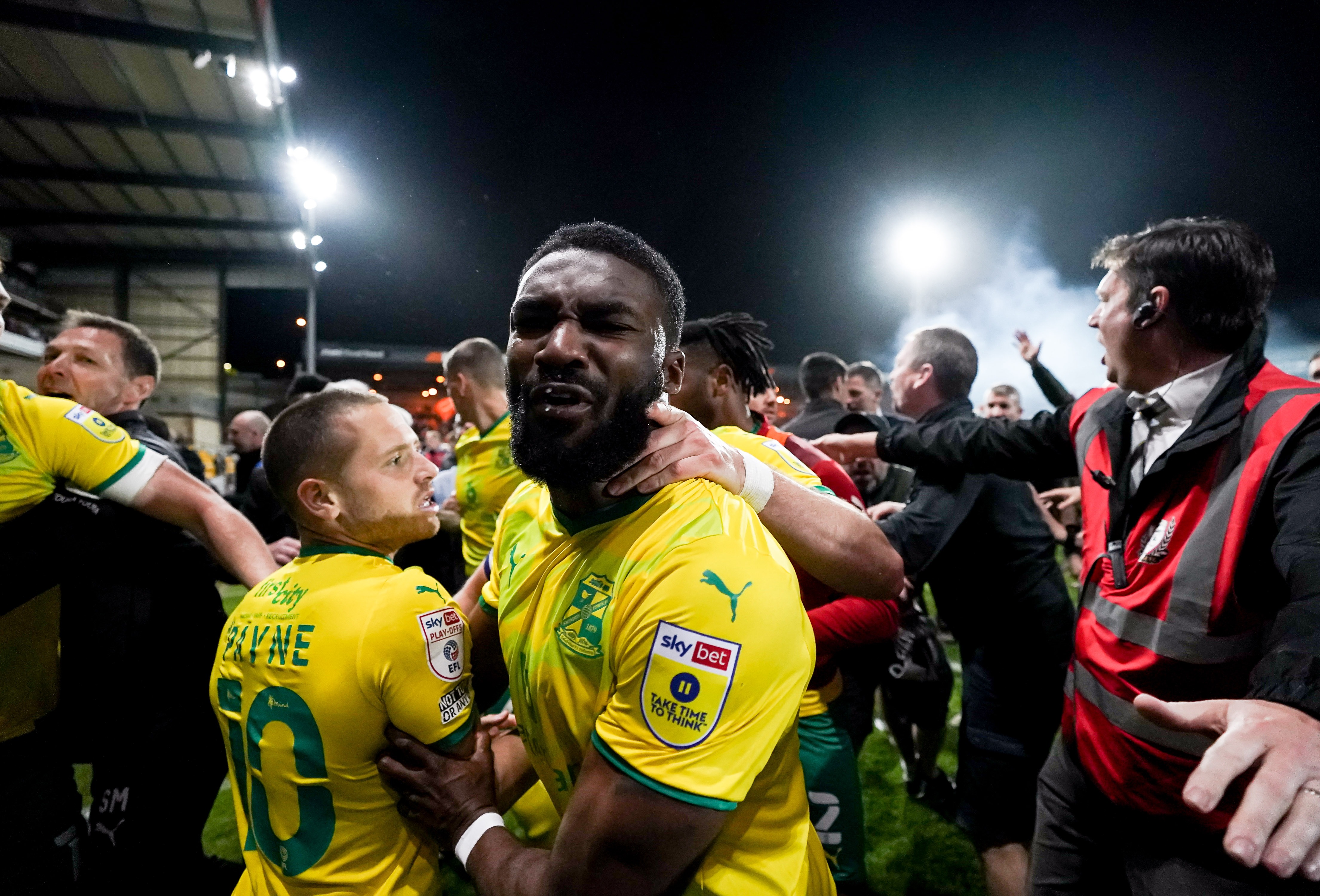 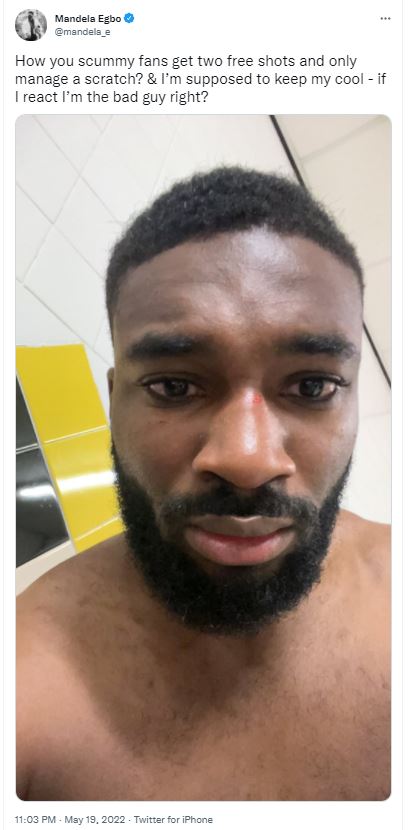 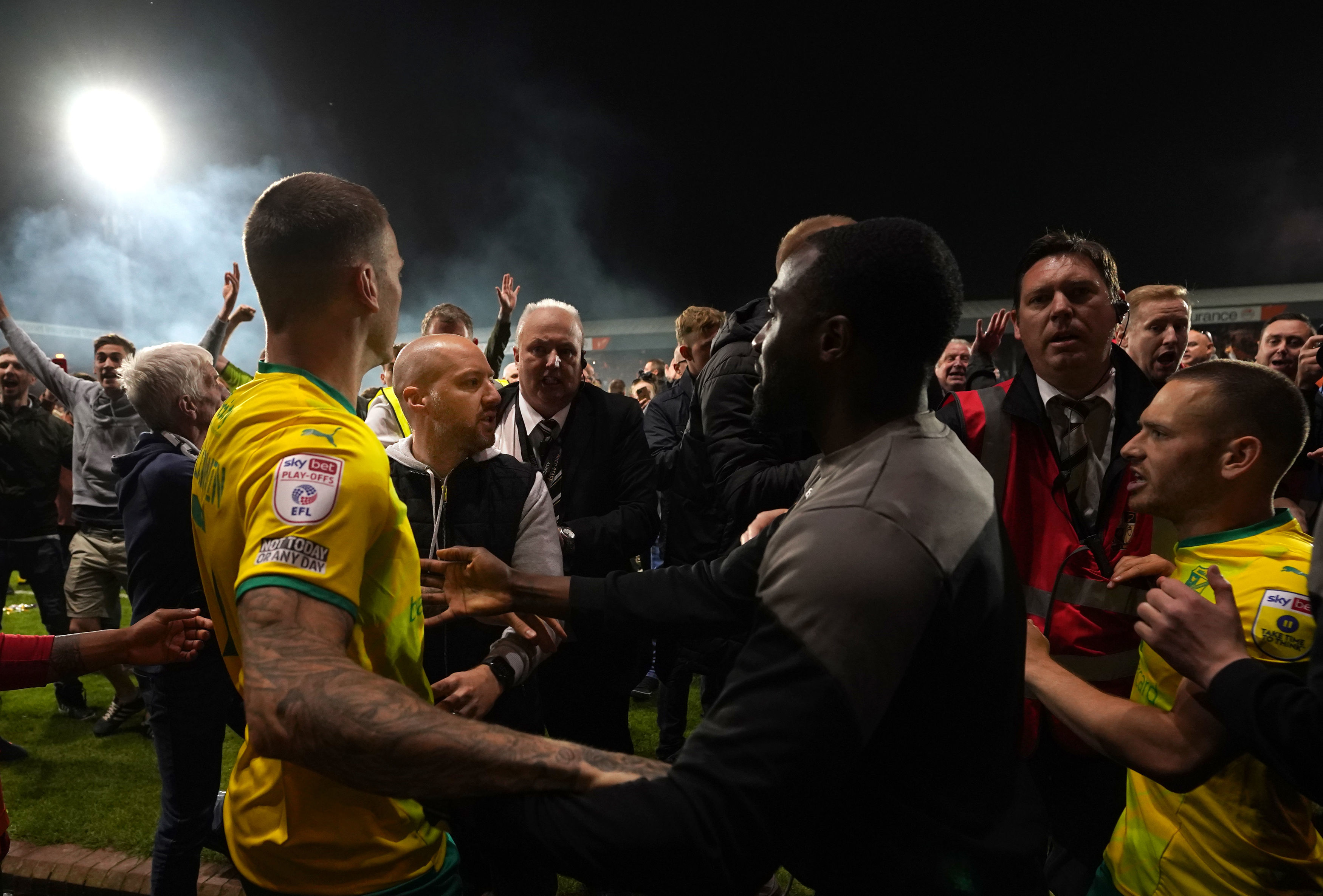 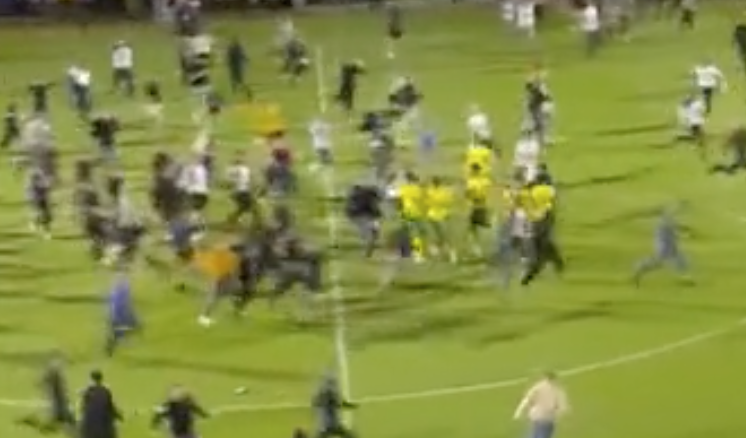 But on a night where there was more ugly scenes on pitches – with Patrick Vieira kicking out at a fan at Everton – Port Vale supporters were involved in a melee with Swindon players.

Ellis Iandolo's miss in sudden death sent Vale to Wembley and fans stormed the pitch after the 24-year-old blazed over.

Many immediately ran over to the devastated Swindon players stood on the halfway line.

There appeared to be an altercation between players and fans, which continued as the Swindon squad attempted to escape the pitch.

Multiple supporters and players seemed to be involved and Sky claimed punches were thrown.

Egbo later posted a picture on social media with a small scratch on his nose.

He wrote: "How you scummy fans get two free shots and only manage a scratch? & I’m supposed to keep my cool – if I react I’m the bad guy right?"

Swindon boss Ben Garner told Sky Sports: "What they [the Swindon players] have had to put up with coming off that pitch… players have been physically and verbally abused. 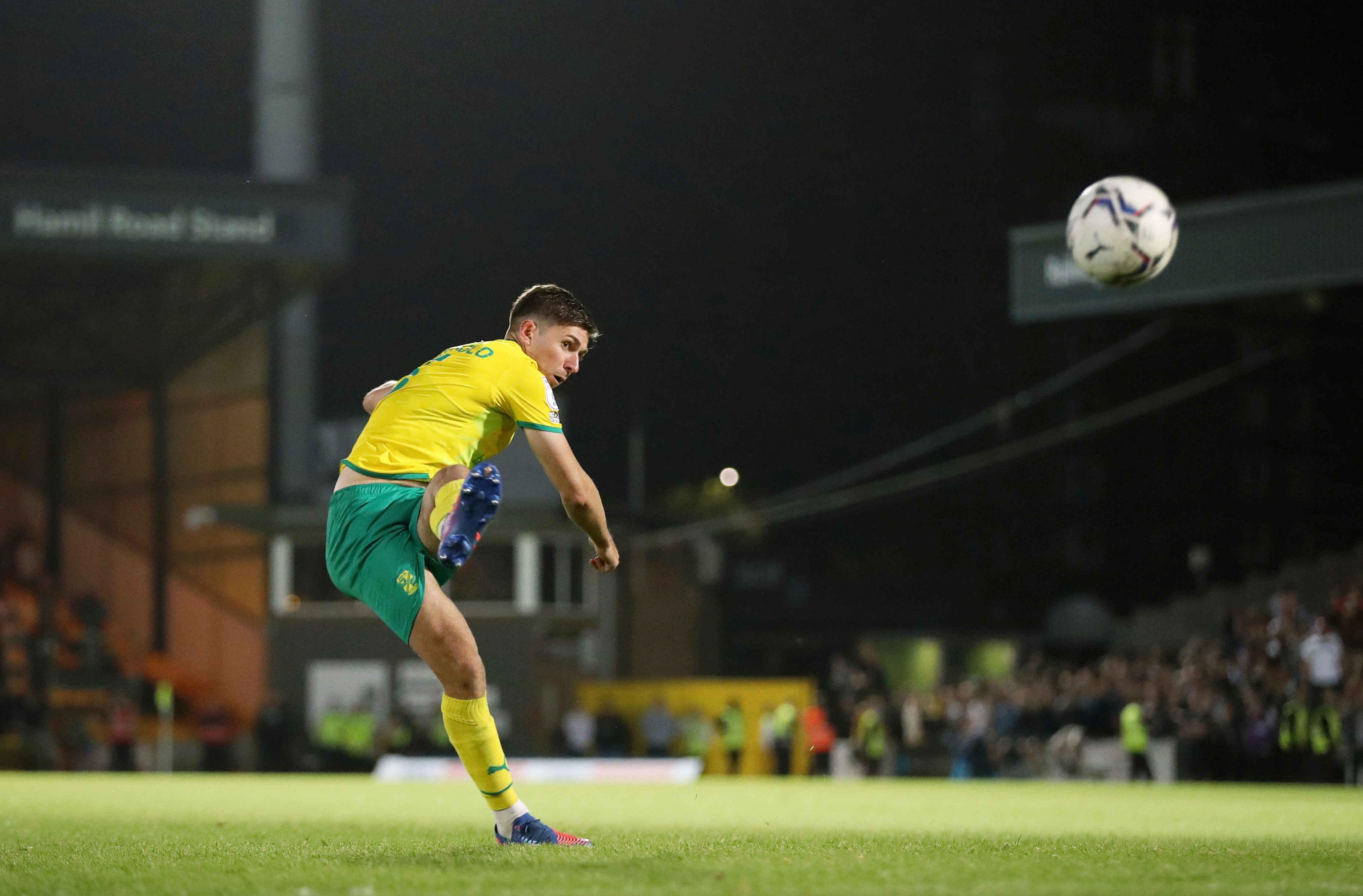 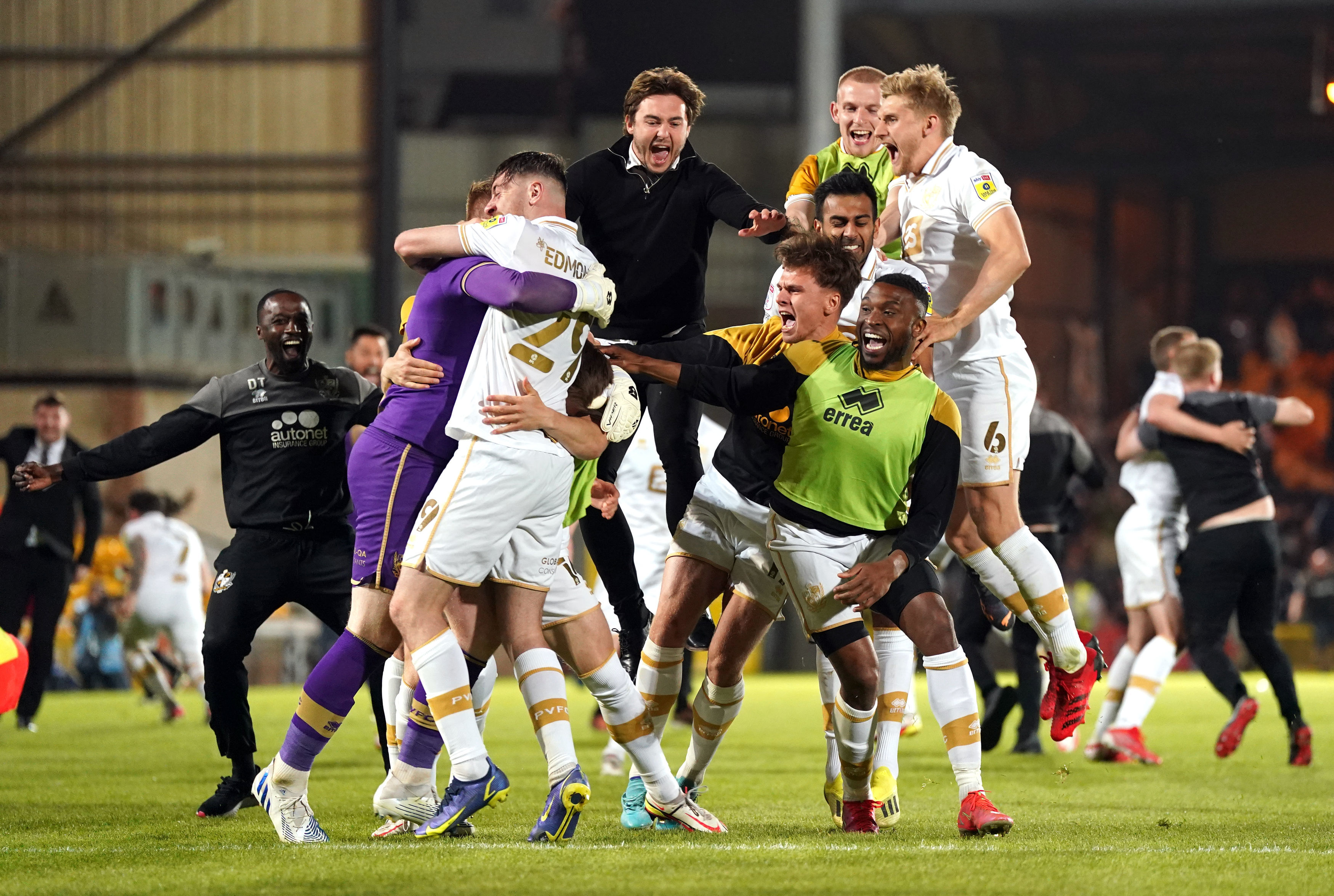 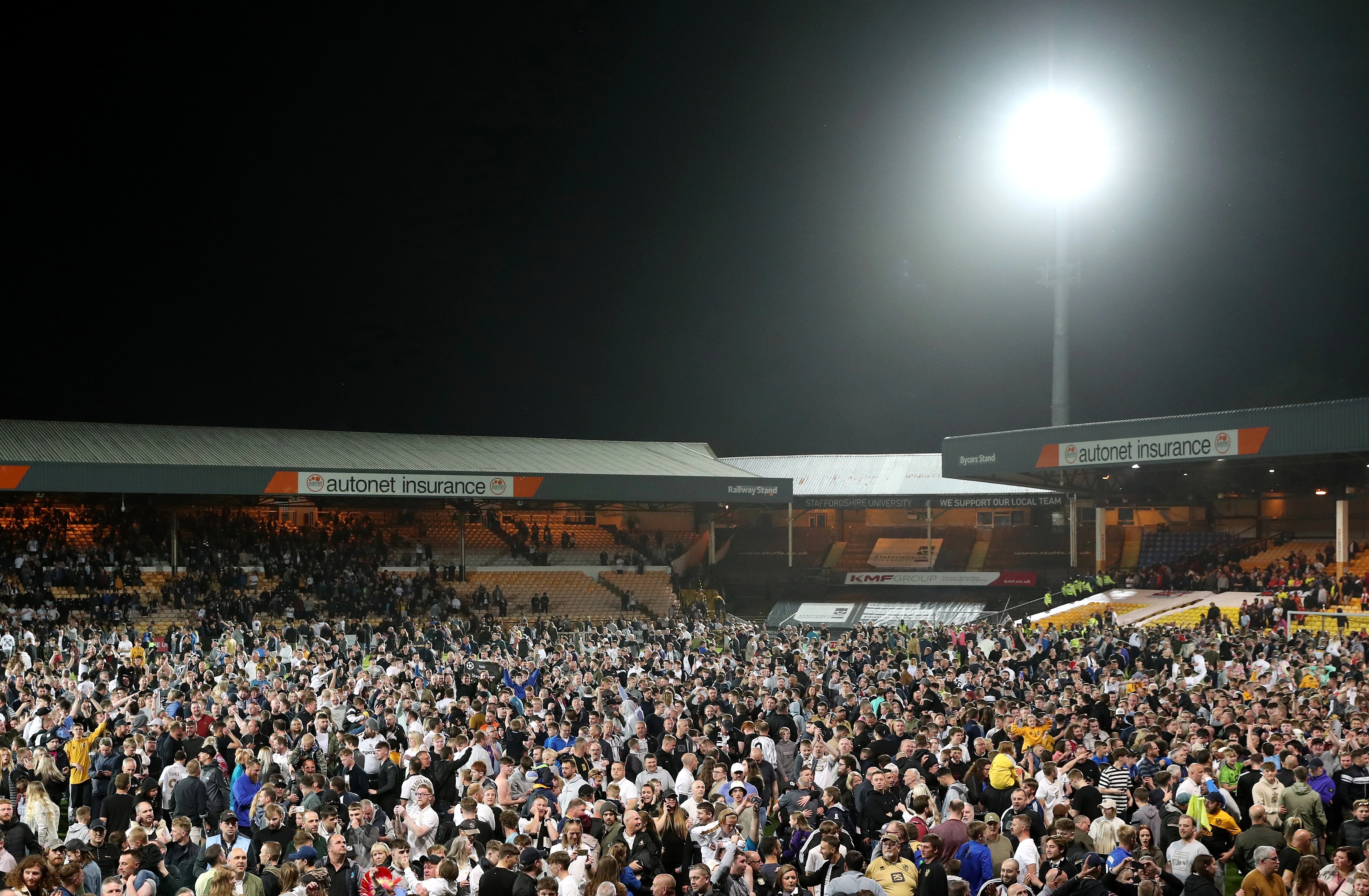 "I know I've seen it in some of the other play-off games, I don't know where we're going as a country it's absolutely disgusting."

The tie between Vale and Swindon finished 2-2 on aggregate after ex-Manchester United man James Wilson scored the only goal of the game to see the home side win 1-0 on the night. 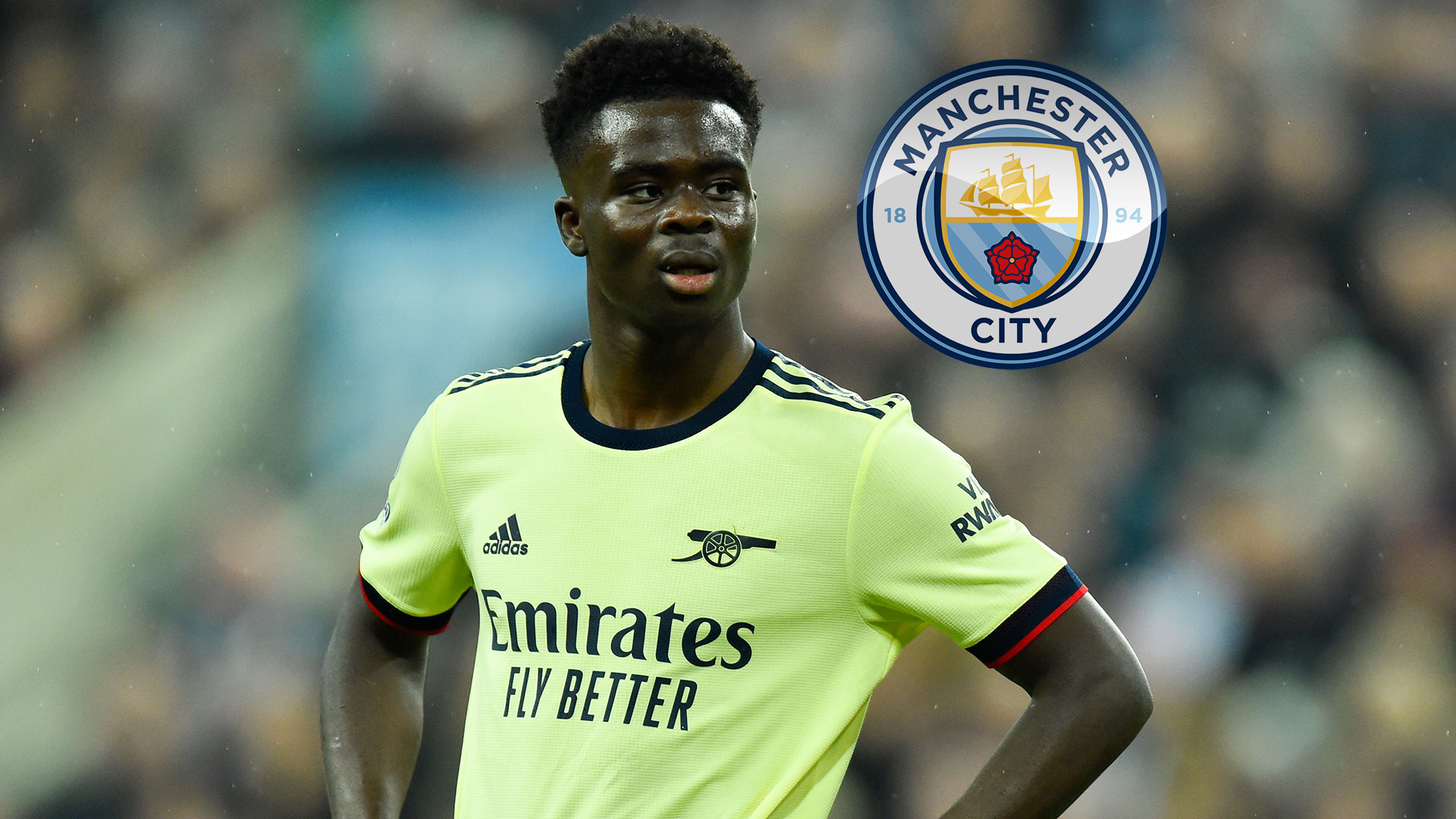 But Harry McKirdy and Josh Davison then missed for Town, sending the shootout to sudden death.

Iandolo then missed the crucial kick for Swindon, sparking ugly scenes on the pitch.

Vale's stadium announcer pleaded with the home fans to say off the turf, although few heeded the warning.

The shocking scenes come after a Nottingham Forest fan was jailed for 24 weeks and banned from attending football matches for 10 years after headbutting Sheffield United striker Billy Sharp.

Elsewhere at Everton Patrick Vieira KICKED OUT at a pitch invader this evening as Toffees fans stormed the pitch at Goodison Park.

Frank Lampard's side secured Premier League safety with a 3-2 comeback win over Palace, which again resulted in fans pouring onto the pitch from the stands.

And Vieira was involved in a clash with a fan on the pitch after being confronted.