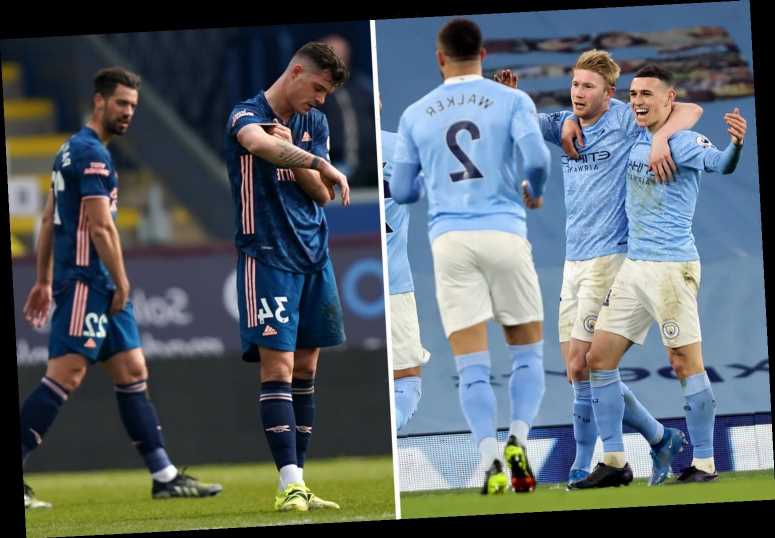 ARSENAL are set for a tepid end to the season, according to a supercomputer's prediction of the final Premier League table.

Mikel Arteta retains hopes of qualifying for Europe by breaking into the upper echelons of the division. 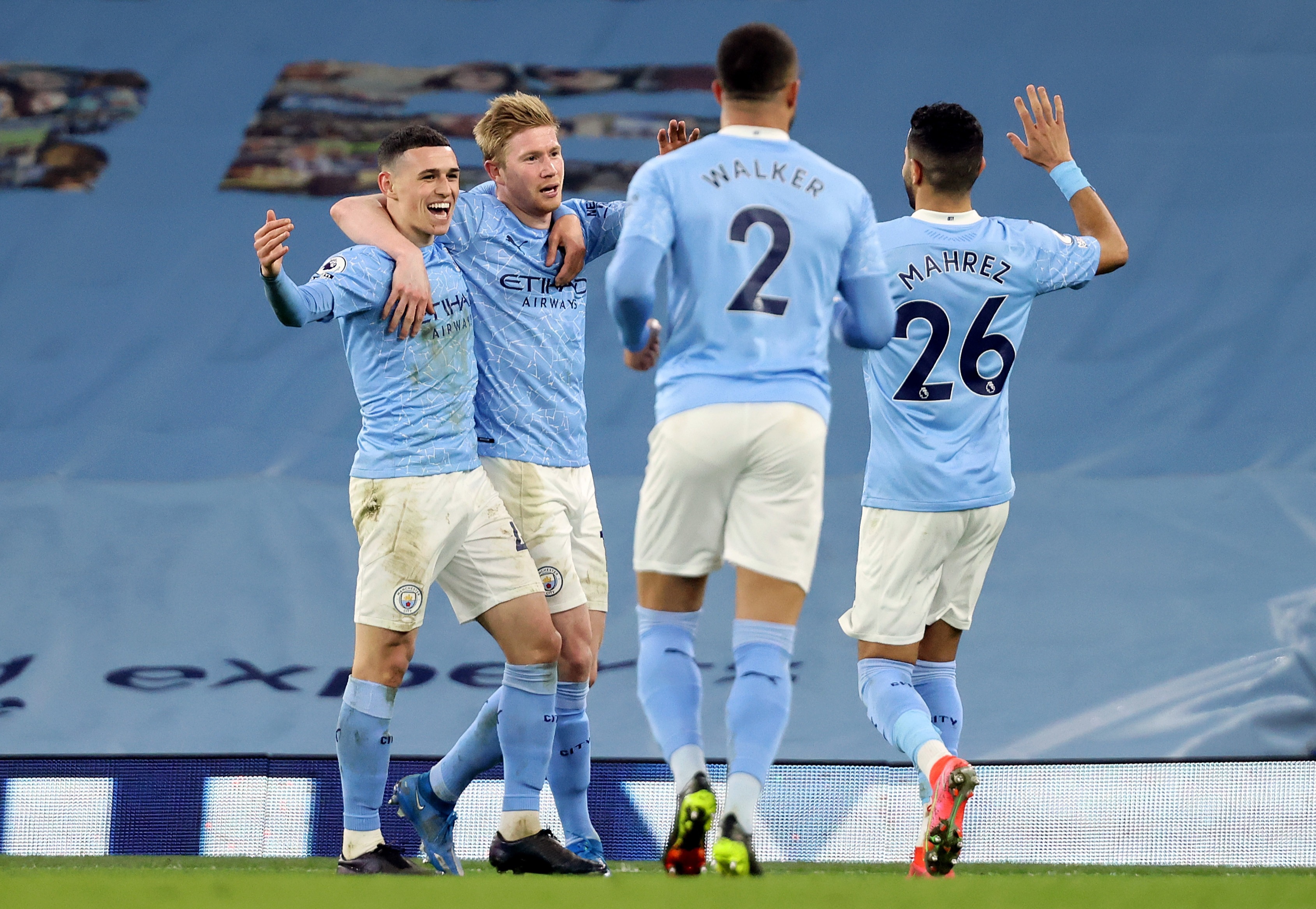 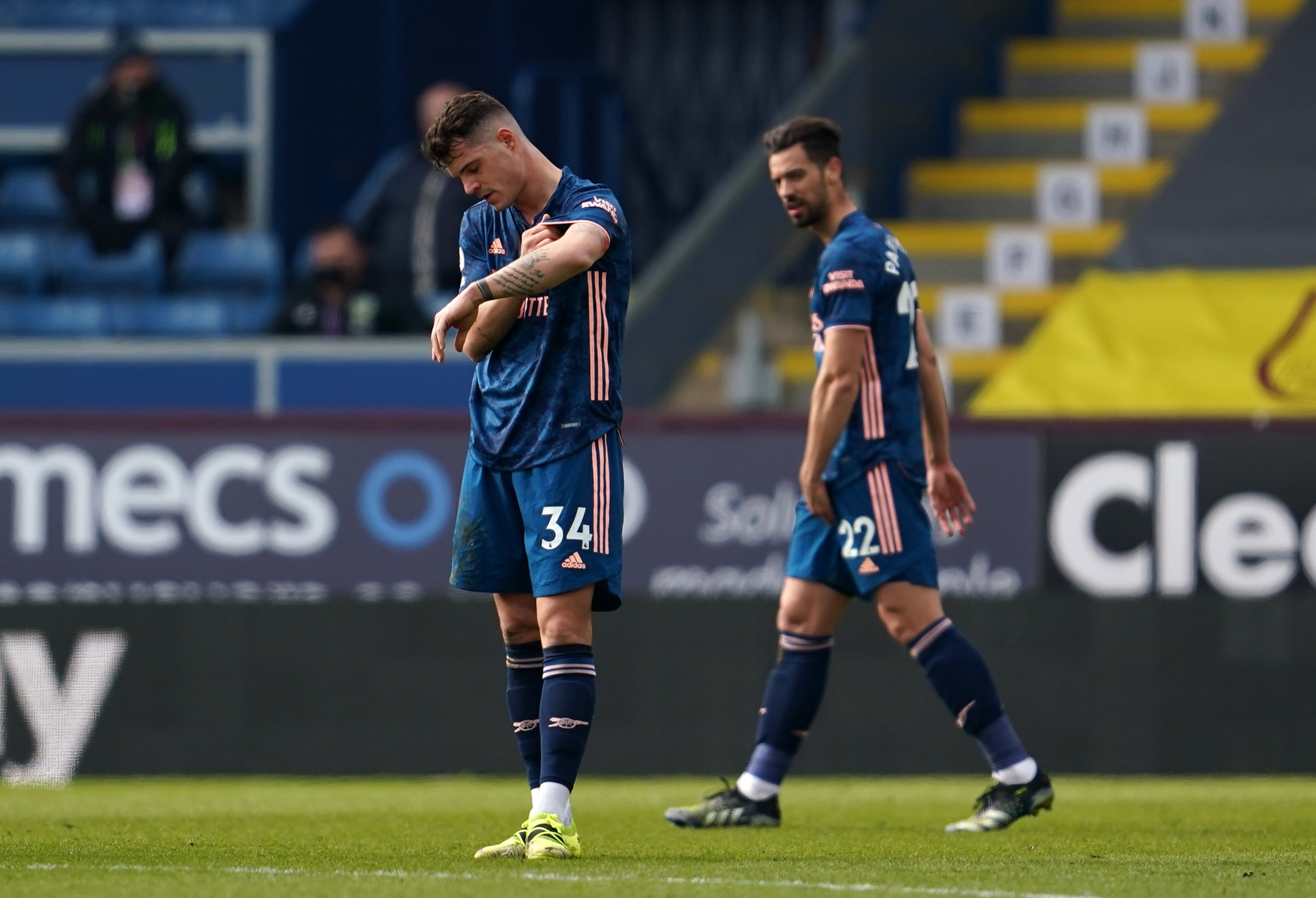 Yet a formula put together by Sky Sports has revealed little to get excited about for Gooners.

Their prediction pulled together ratios for goals scored, conceded and points won to determine the final run of fixtures.

Just 15 more points were awarded to Arsenal for their last 11 games, leaving them tenth.

Such a finish would be the club's worst since a 12th-placed finish in 1995, ending a long run inside the top eight.

The supercomputer changed little of the existing table with Aston Villa bumped above Liverpool into eighth place on goal difference.

Jurgen Klopp will have another chance to avenge his side's 7-2 defeat at Villa Park when welcoming Dean Smith's side to Anfield on April 10. 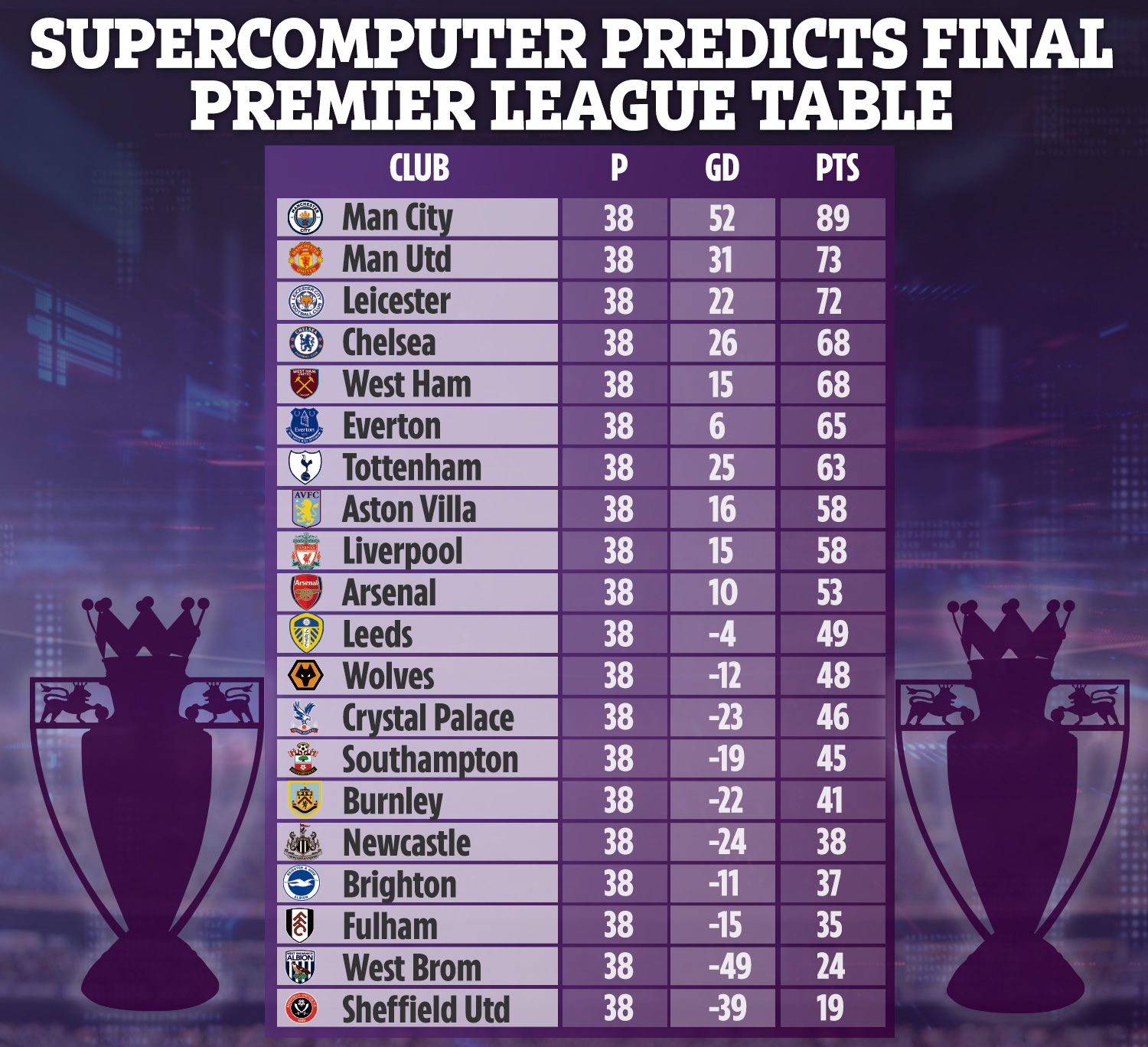 Manchester City claim the title with a 16-point margin over Manchester United in the prediction, bolstering their current lead by two points.

There will certainly be smiles around Leicester, Chelsea, West Ham and Everton if they can maintain their positions.

But Thomas Tuchel's side will only squeeze into the top four on goal difference if this algorithm turns into reality.

At the bottom, Fulham are predicted to narrowly miss out on a dramatic escape from relegation.

Newcastle currently sit a point above 17th-placed Brighton and the Cottagers, who have played a game more.

The Magpies travel to West London for a potentially huge showdown on the last day of the season and are away to Brighton on March 20.

The supercomputer has Newcastle hitting 38 points by the end of the campaign, 11 more than they have so far and three clear of Fulham's predicted total.