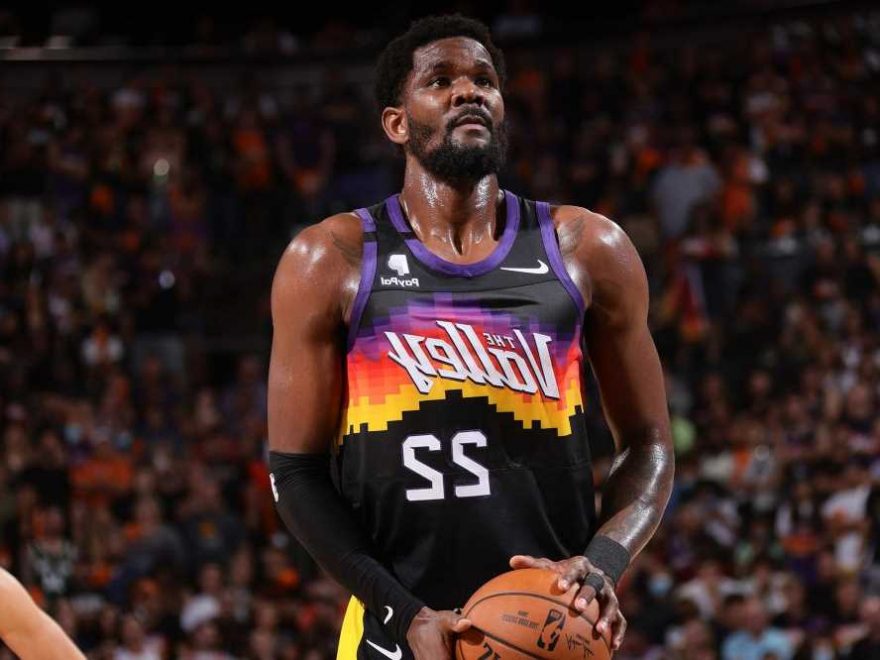 Suns storm past Bucks in Game 1 thanks to veteran star

If there was ever a doubt the Suns have a legitimate Big 3, Deandre Ayton erased it on Tuesday night.

After a stellar Game 1 performance in his first-ever NBA Finals, the third-year Phoenix center proved he can shine on the league’s highest stage – and is making the case for himself as one of the league’s best big men.

The Suns’ trio of Ayton, Chris Paul and Devin Booker dominated in Game 1, and it translated to an 118-105 win over the Bucks to lead the best-of-seven series 1-0. Ayton, Paul and Booker scored a combined 81 points on Tuesday night.

Ayton was a critical piece to Phoenix’s victory, notching his fourth straight double-double with 22 points and 19 rebounds on 7-of-9 shooting (80 percent FG). His finals debut put him in a number of elite categories with some of the game’s greatest names.

Game 1 marked Ayton’s sixth 15-rebound double-double of the playoffs, the fourth most by a player in his first postseason in NBA history, according to ESPN Stats & Info. Only Wilt Chamberlain (9), Bill Walton (9) and Bill Russell (8) have more.

Ayton, after Game 1, also became the the second player in NBA history to record 20-plus points and 15-plus rebounds on 80-plus percent shooting in their finals debut — joining only Kareem Abdul-Jabbar (31 points, 17 rebounds, 81.3 percent FG) in 1971.

The 22-year-old Arizona product has become a student of the game under Paul, who he has credited for changing his career.

“Like I said, that’s really the only teammate that really push me. Like big bro type push. Knowing what I got and that I ain’t never thought that I had,” Ayton said of Paul during the Suns’ Western Conference Finals series against the Clippers.

“I think he was the best thing that happened to my career. I can say that every day.”

After his breakout finals opener on Tuesday, both Paul and Booker praised Ayton, with Booker noting that pair has “been on his a–.”

In the post game, Ayton credited those types of moments and having “candid conversations” as a team as the reasons for the Suns’ early finals success.

“It’s just the respect level… We’ve all gotten on each other and had candid conversations and had to adjust, but candid conversation lead to wins, and it started to be great communication and constructive criticism and we just all take it into a positive and play together,” Ayton said. “We bring it the other guys and they see how we’re playing as a unit and it’s contagious.”

Paul expressed how proud of Ayton he was in the post game.

“Everybody doesn’t get a chance to know him off the court, but he has the biggest heart. One of the best guys you’ll ever meet ,so he success and recognition he’s getting right now is well deserved, and I couldn’t be happier for another guy on our team, not even you, Book,” Paul said, laughing, as he looked over at Booker.

Suns head coach Monty Williams elaborated on the trio’s relationship and the developments they’ve made together.

“Earlier in the year, there were some gray areas as to how to help those guys play together. Those three deserve a lot of credit for the time that they spent after practice talking about certain environments,” Williams said after Game 1.

“I’d love to tell you that I’ve orchestrated it all. But we’ve given them a system, and then those guys talk about the angles of the screens and different ways to run plays that we have so we can be effective.”