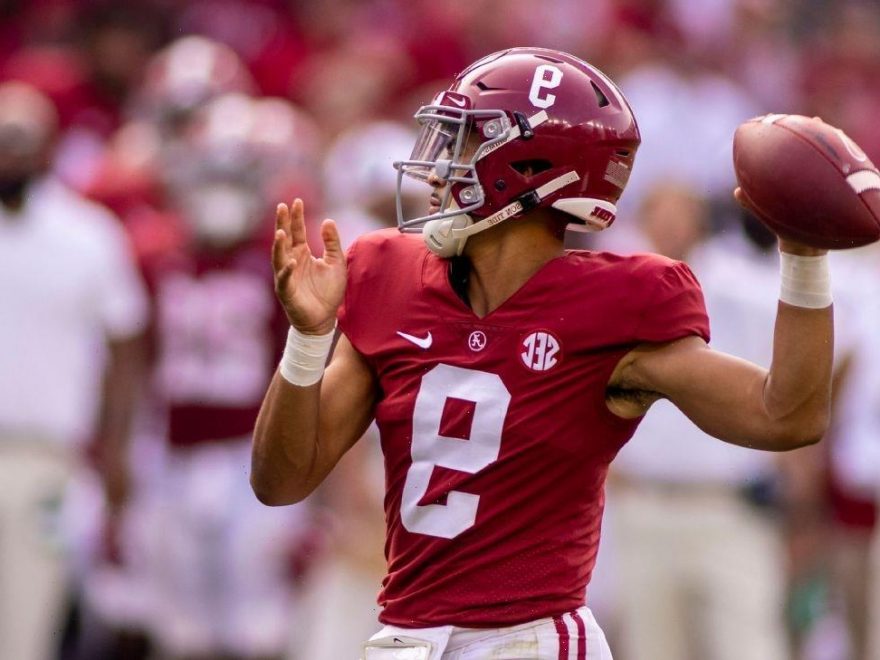 The college football season is upon us, and that also means the return of vernacular that could seem a little intimidating. Hopefully this will make betting conversations less confusing.

In its simplest form, a point spread represents the expected margin of victory between two teams. Oddsmakers post this betting line prior to a game and the intention is for that number to make the two teams equal. This is essentially the same as a golf handicap. If one team is a four-point favorite, or -4 (since you will eventually subtract four points from its final tally), then that team must not only win the game but it must win the game by five or more points to cash the bet.

The total, or over/under, is a wager on the total amount of points scored in the game, regardless of which team wins. Sometimes you just have a better feel for game flow and thus can bet over or under the posted total. For example, if you bet over 48, you win if the final score is 49-0, 30-20 or 27-24. The margin or victor does not matter to your wager. The combined amount of points is all that matters.

As you would imagine, numerous variables contribute to the calculations of all these odds. Analytics play a large role and so does public perception. It’s an elaborate process, and since sports are so much more nuanced than fixed odds of casino games, choosing and watching your wager can be that much more exhilarating. — Doug Kezirian

“Stanford Steve” Coughlin and Chris “The Bear” Fallica preview the college football season as only they can, offering their top bets, nuggets and totals worth wagering on.

Odds and lines are from Caesars Sportsbook unless otherwise noted.

Fallica: There were people who thought Anderson was the best player in the country last year when he posted 17.5 sacks and 34.5 tackles for loss. We saw a defensive player finish second last year — Aidan Hutchinson — and with the numbers Anderson posted last year, he could finish one spot better than Hutchinson in 2022. Clearly there are many factors at play. How will voters handle Bryce Young? Will they vote for him two years in a row? Will the trio of C.J. Stroud, Jaxon Smith-Njigba and TreVeyon Henderson cancel each other out? Will USC’s roster rebuild work, and if it does, will we see Caleb Williams become the West Coast candidate? The best numbers — 40 and 50-1 — are long gone, but I’d still take a chance on Anderson at that price.

Stanford Steve: I think Dillon Gabriel is worth a look for Heisman this year. He reunited at Oklahoma with Jeff Lebby, who was his offensive coordinator during his freshman season at UCF. In that year, Gabriel threw for over 3,600 yards and 29 TDs. I think a more mature Gabriel will put up huge numbers with Lebby calling the shots in Norman.