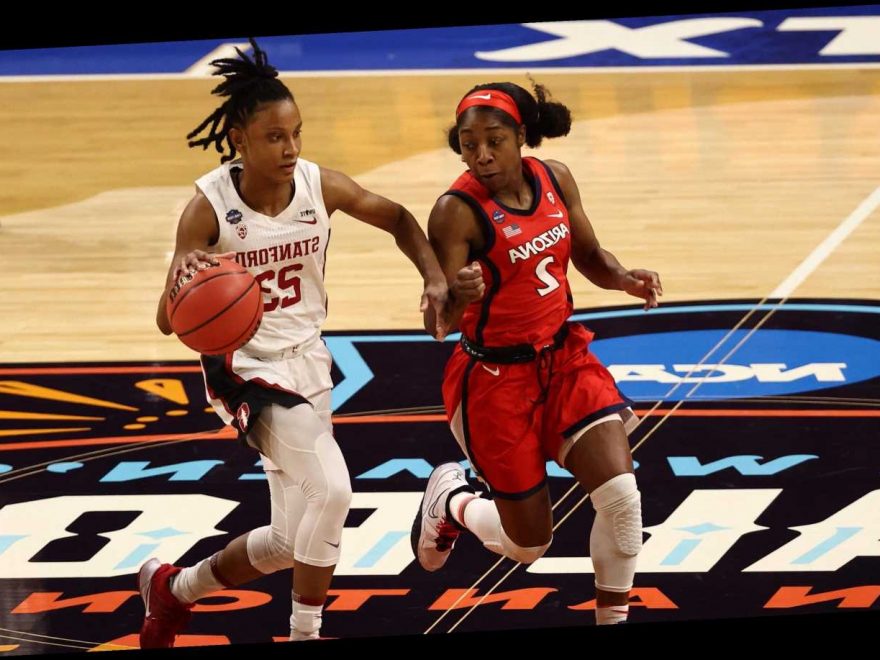 The Cardinal won its third NCAA women’s national title, and first in 29 years, by beating Pac-12 rival Arizona 54-53 on Sunday night. It was the Cardinal’s third win over Arizona this season, but far more competitive than the previous two, decided by a combined 41 points.

The championship capped a grueling year for top-seeded Stanford, which spent the entire season on the road because of local COVID-19 restrictions. The title also came the same year as coach Tara VanDerveer became the all-time winningest women's coach, now with 1,125 victories.

Stanford made just one field goal in the last 6:02, but it was a big one. Haley Jones scored on a floater and was fouled by Bendu Yeaney. She made the free throw to convert the three-point play and give Stanford a 54-50 lead, which was enough for the Cardinal to hold off a last frenzy from Arizona.

Aari McDonald went three-for-four from the line, and the Wildcats harassed Stanford into a shot-clock violation with 6.1 seconds left. But the Cardinal wouldn’t give Arizona an inch, and McDonald’s last-second heave didn’t come close.

Jones led three Stanford players in double figures with 17. The Cardinal overcame 21 turnovers by outrebounding Arizona 47-29 and keeping McDonald in check. After averaging 30 points in the previous three games for the Wildcats, McDonald had 22 but was just 5-of-20 from the floor.