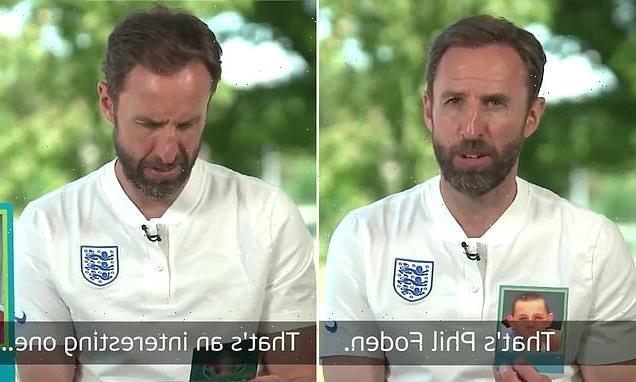 ‘That was probably taken about a year ago!’: Gareth Southgate pokes fun at Phil Foden as he guesses England players from their childhood photos… but which three of his Euro 2020 stars did he fail to recognise?

Gareth Southgate has had little to smile about this week but a pre-tournament video of him trying to guess his England players when they were children has seen him make fun of Phil Foden but fail to recognise some of his other stars.

Southgate’s men laboured to a goalless draw against Scotland at Wembley last week and will now have to go without Mason Mount and Ben Chilwell after being confirmed as contacts of Billy Gilmour, who has tested positive for coronavirus.

But in a light-hearted guessing game recorded before the tournament began, the 50-year-old was tasked with naming his current stars from pictures when they were teenagers at the oldest. 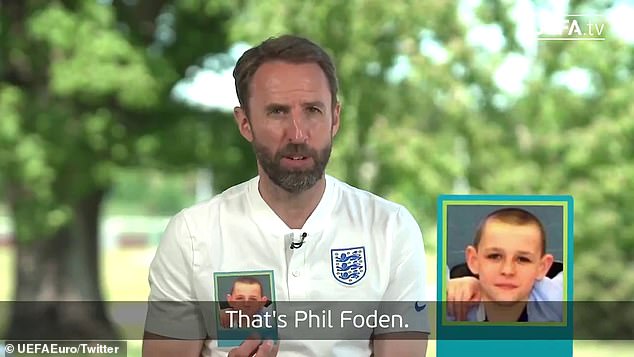 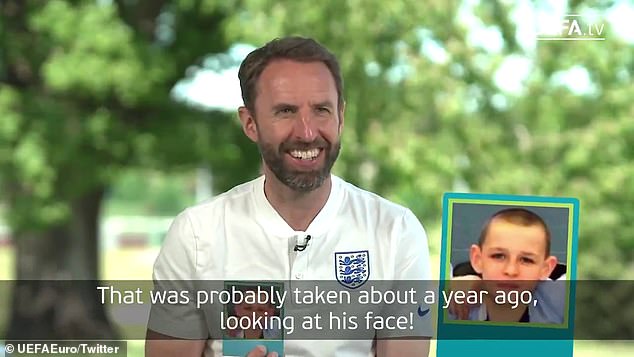 The England boss began well and named Man City star Foden with some ease, before poking fun at him by stating: ‘That was probably taken about a year ago, looking at his face.’

Southgate then continued by mocking the 21-year-old for dying his hair blond before their 1-0 win against Croatia to kick off their Euro 2020 campaign in Group D.

Asked if he preferred Foden’s haircut now, Southgate replied: ‘Well, I don’t know if you’ve seen what he’s had done over the weekend, I’m not so sure!’

Foden has had to defend his coach this week, insisting his detractors ‘don’t know what they are talking about’ in a rather more serious mood to the one that surrounded Southgate’s video. 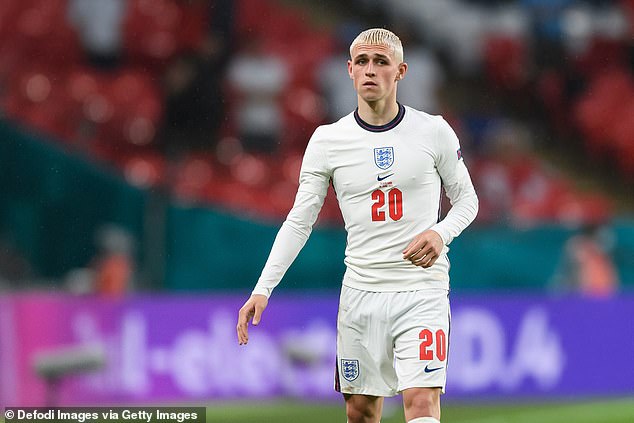 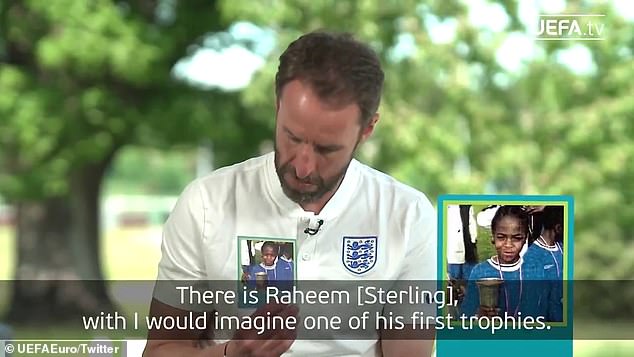 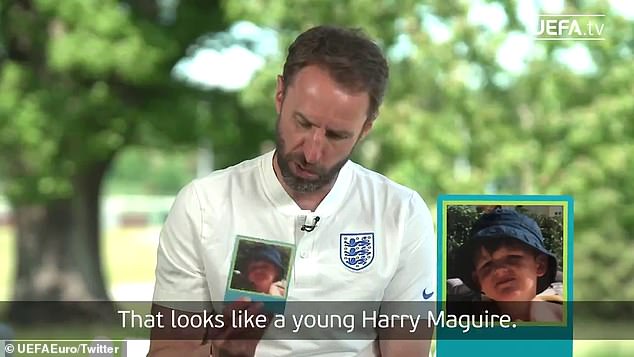 He spotted the Manchester United defender who was wearing a bucket hat in the photo, while claiming after seeing Man City star Sterling that ‘a lot of the boys haven’t actually changed too much, but that’s maybe partly their age.’

But he did not have so much fortune with Jack Grealish, John Stones and Jordan Henderson, who he failed to recognise until he was handed a few hints including the shirt they were wearing.

He shared a joke with Liverpool captain Henderson after failing to guess him due to his blond hair, saying: ‘Hendo, I didn’t get you,’ to which the midfielder replied: ‘I haven’t changed have I?’ 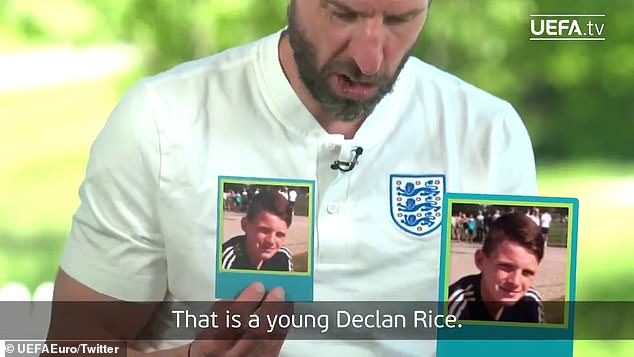 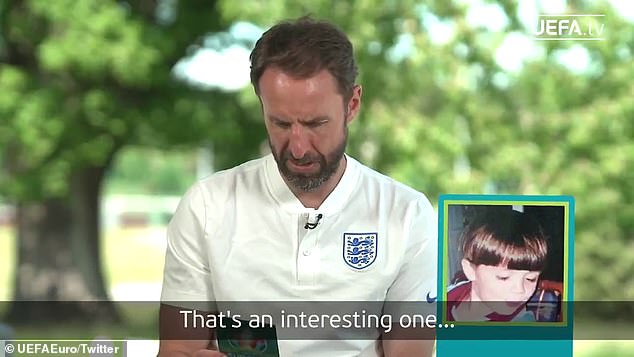 However, he struggled to recognise Jack Grealish, and only did so after his Aston Villa shirt was pointed out

He meanwhile only guessed Grealish and Stones once he was informed they were wearing Villa and Barnsley colours, the clubs where the duo began their careers and where the former remains to this day.

It will however be back to the serious stuff for England on Tuesday evening when they play Czech Republic in their final group game.

The Three Lions have already qualified for the knockout stages after Ukraine and Finland both finished third in their groups with three points. 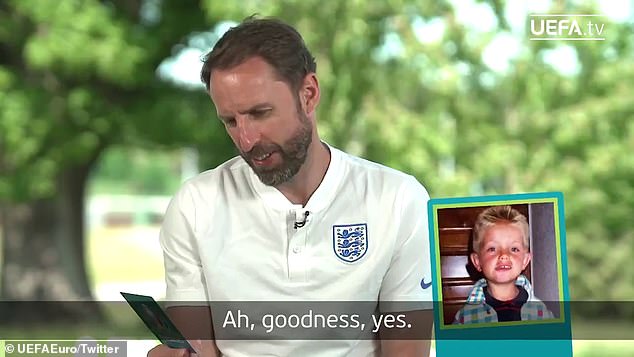 He also failed to guess Jordan Henderson, blaming his blonde hair as a youngster as the reason why 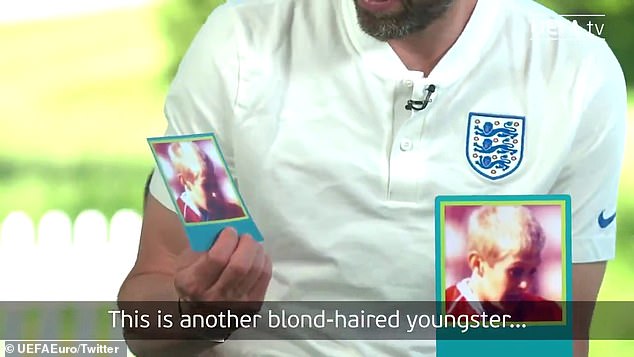 But they will be looking for a much-improved performance from their goalless draw against the Scots which appeared lethargic in attack.

England go into the game at Wembley sat in second place and know that anything other than a win won’t be enough to win Group D.