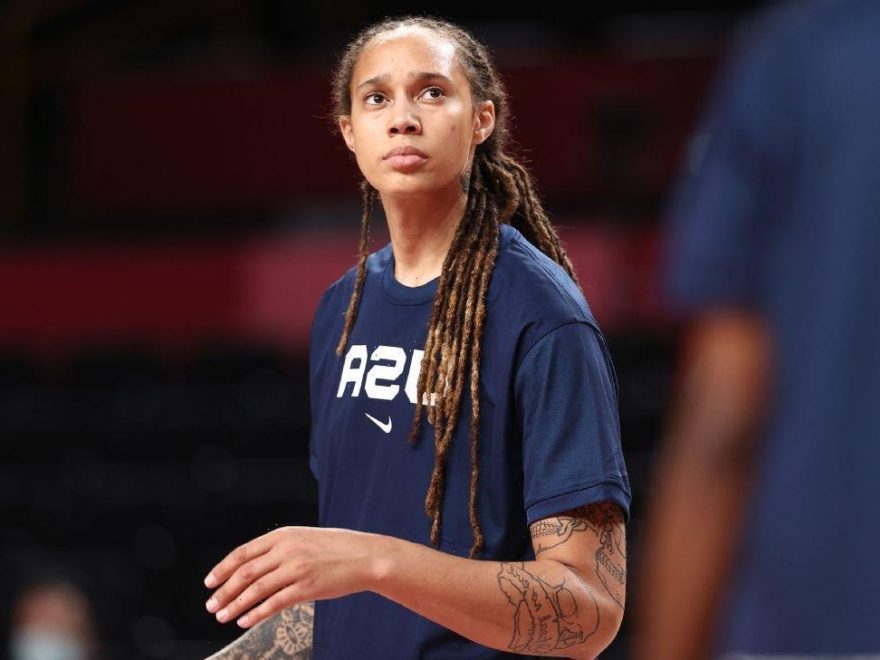 T.J. Quinn joined ESPN in November 2007 as an investigative reporter for ESPN’s Enterprise Unit, which is charged with developing long-form, investigative features to be presented across multiple platforms.

U.S. State Department officials say they still have not had access to Brittney Griner since she was arrested in Moscow on Feb. 17 on drug charges, although a source close to the star basketball player told ESPN on Thursday, “We know she’s OK.”

A State Department official issued a statement to ESPN on Thursday saying, “We insist the Russian government provide consular access to all U.S. citizen detainees in Russia, including those in pre-trial detention, as Brittney Griner is.”

The statement marks a slight but significant change in the government’s tone when it comes to Griner. Up until now the government has deliberately kept a low profile with her case, hoping not to increase her profile to the point where she might become a valuable political asset to the Russian government. It generally has avoided commenting at all, and when Secretary of State Antony Blinken was asked about her at a news conference last week he gave a tepid statement that did not mention her by name.

Based on State Department guidance, Griner’s representatives have asked the WNBA, NBA, the media and Griner’s supporters generally to keep any attention to her case “on a low simmer,” as one source said.

The source close to Griner said that despite the inability of diplomats to visit Griner or other Americans in Russian custody, they have gotten frequent updates on her from her team of Russian attorneys.

Griner, accused of bringing vape cartridges containing hashish oil — oil derived from cannabis — into the country, appeared in court Wednesday for a hearing in which prosecutors were granted an extension until May 19 for their pre-trial investigation.

The news of the extension, reported by Russian state media, caused a stir in the U.S. media Thursday, but experts said the move was expected and there was never an expectation that Griner was to be released anytime soon.

Under Russian law, defendants may be held for 12 months before trial, and up to 18 months in extraordinary cases, according to Tom Firestone, a former U.S. Department of Justice resident legal advisor to the U.S. Embassy in Moscow.

On Thursday, according to Russian media, one of Griner’s attorneys moved to have her transferred from jail to house arrest under the care of a local acquaintance, a request that her representatives do not expect to be granted. Another complication for Griner is the fact that two other Americans, Trevor Reed and Paul Whelan, have been in Russian custody for more than two years.

Officials recognize that it would be politically difficult to get her released ahead of the other two.

In the State Department statement, the official also said, “We are closely engaged on this case and in frequent contact with Brittney Griner’s legal team … We have repeatedly asked for consular access to these detainees and have consistently been denied access. Russia must abide by its legal obligations and allow us to provide consular services for U.S. citizens detained in Russia. We take our responsibility to assist U.S. citizens seriously, and we will continue to press for fair and transparent treatment for all U.S. citizens when they are subject to legal processes overseas.”