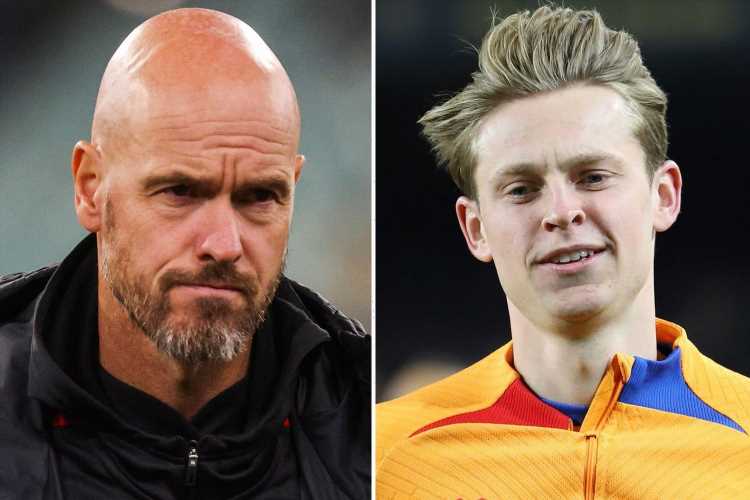 MANCHESTER UNITED target Frenkie de Jong looks like he is enjoying pre-season with Barcelona – with his proposed move to Old Trafford still up in the air.

A broad agreement for a £72million deal is already in place, according to Sportsmail. 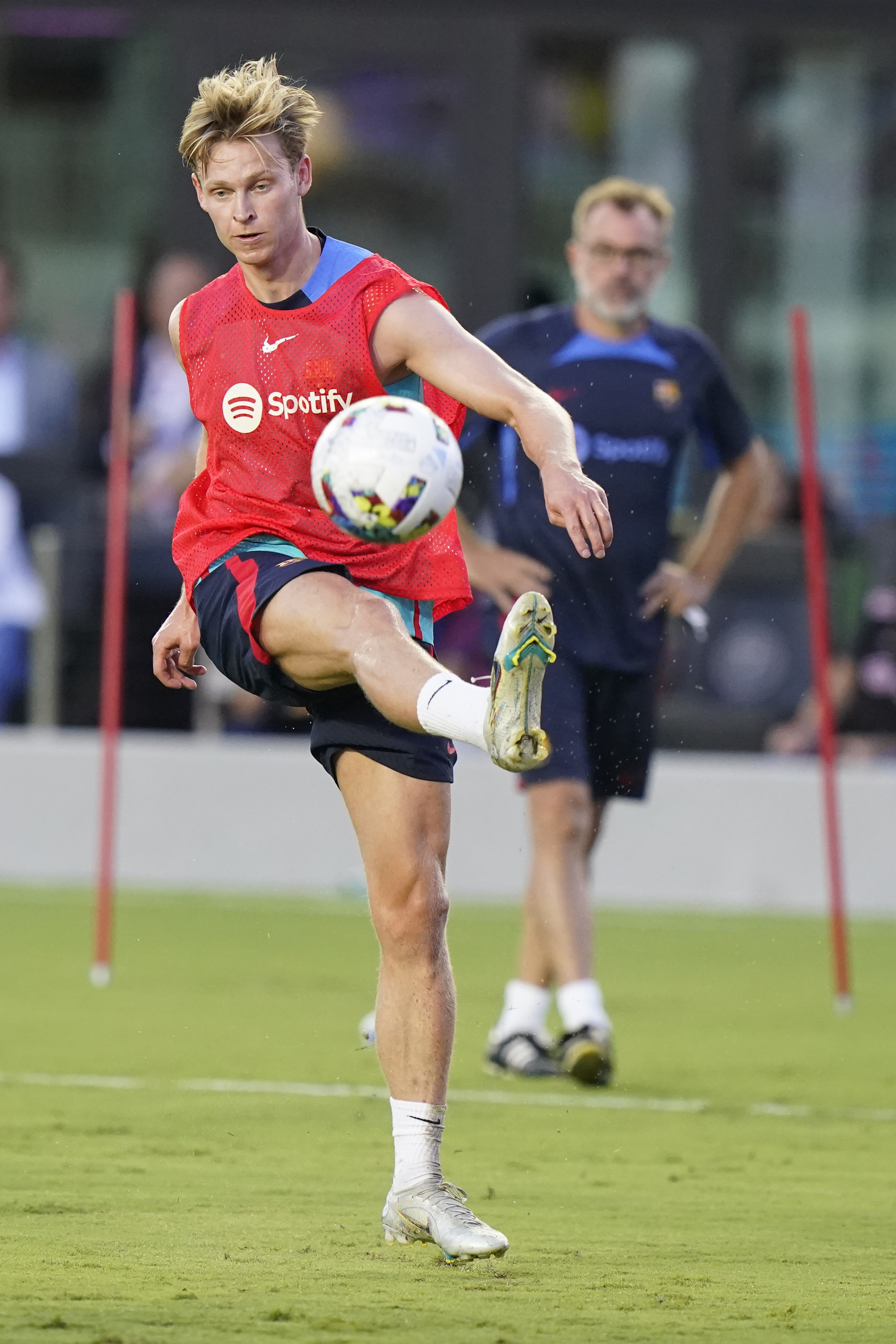 The Netherlands midfielder, 25, was put through his paces in a training session in Florida ahead of today's friendly against Phil Neville's Inter Miami.

The La Liga giants held an open training session in front of fans in Miami ahead of the clash with David Beckham's club.

New United boss Erik ten Hag was De Jong's boss at Ajax and is keen to put him at the centre of his rebuilding job at Old Trafford.

But negotiations are dragging on and the star is now undergoing his summer prep work with the Catalans rather than the Red Devils.

Sportsmail say one of the sticking points is that De Jong "is embroiled in a contract stand-off with cash-strapped Barcelona, who owe him more than £17m in deferred wages."

They reveal Barca chiefs are "desperate to get the Dutchman's wages off their books to abide with Financial Fair Play rules."

But with no tangible progress made, it means United fans will be frustrated as he gears up for friendlies against Inter Miami, Real Madrid, Juventus and the New York Red Bulls this month.

The Red Devils are on a pre-season tour in Australia.

When asked about how his new squad is coming together, Ten Hag admitted it could be better in terms of preparation.

He told Sky Sports: "The best and the most perfect situation is when you start pre-season with the squad fully equipped, but most of the time that's not the fact of football.

"So I am realistic and I have to deal with the fact."