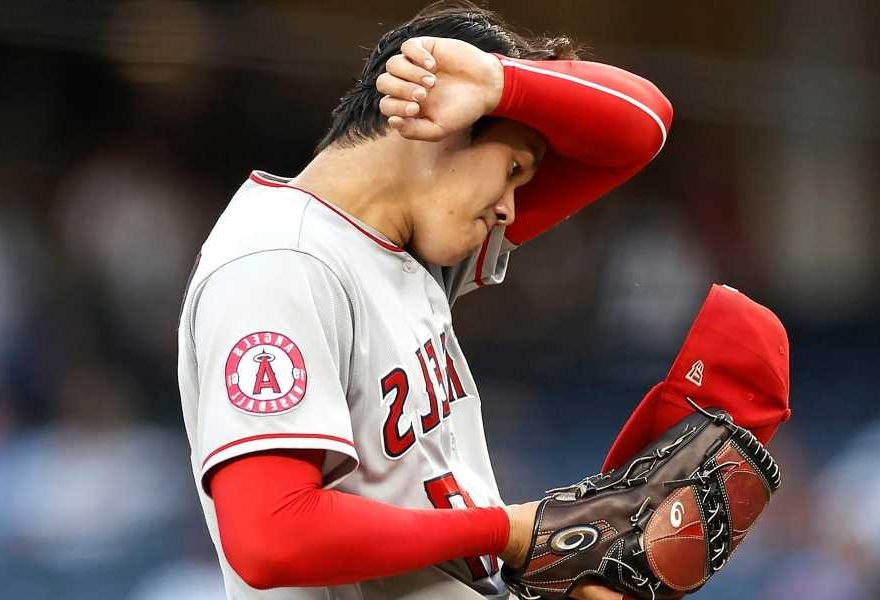 Yankee expects to return despite feeling like ‘somebody shot me’

Why this home run by Yankees star was so important

There was plenty of anticipation for Shohei Ohtani’s start on the mound Wednesday night at Yankee Stadium, but it quickly ended in a fizzle.

The Yankees pounced on the Angels’ two-way star, knocking him out of the game after he recorded just two outs in the first inning and gave up seven runs.

Ohtani was forced to throw 41 pitches, walking four, hitting a batter and giving up two hits. He started by walking the bases loaded before Giancarlo Stanton and Gleyber Torres collected back-to-back RBI singles to tie the game at two.

After Ohtani struck out Rougned Odor, he recorded the second out by getting Miguel Andujar to ground out, which drove in another run for the 3-2 Yankees lead.

But he then hit Clint Frazier on an 0-2 pitch and walked Brett Gardner on four pitches, forcing in another run and spelling the end of his night.

Ohtani, who entered the night with a 2.58 ERA, saw it rise to 3.60 after his disastrous outing. Ohtani had homered three times in his first two games of the series. In his only at-bat Wednesday, the leadoff hitter flew out to center field.