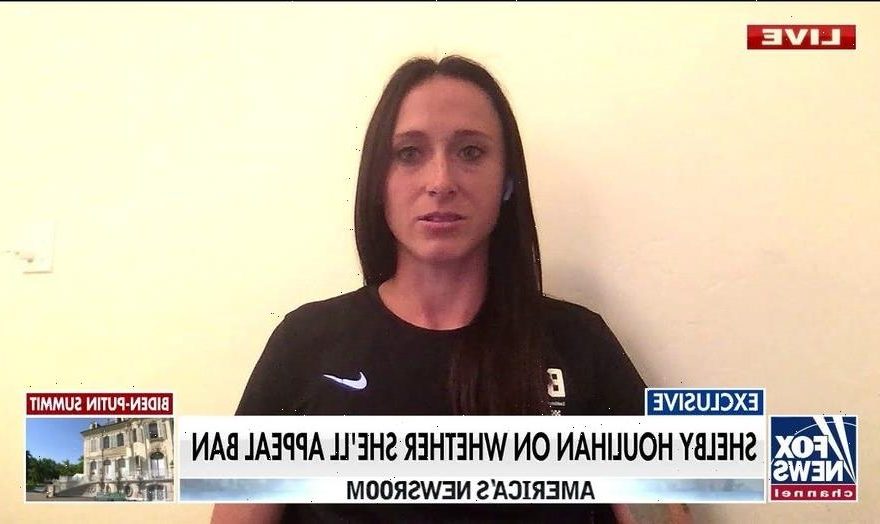 Shelby Houlihan, a U.S. runner, was banned from the Tokyo Olympics due to a failed drug test that she blames on a pork burrito. Houlihan and her attorney, Paul Greene, joined ‘America’s Newsroom’ in an exclusive interview.

Shelby Houlihan has been given the OK to run at the U.S. Olympic track and field trials while she appeals her four-year ban over a failed drug test.

Houlihan said earlier in the week the Court for Arbitration of Sport upheld her ban after testing positive for trace amounts of nandrolone, which is considered to be a performance-enhancing drug. Houlihan has contended she ate a pork burrito that contained the nandrolone before her test in December.

USA Track and Field said Thursday there were no plans to bar Houlihan from the trials, which begin Friday.

“Given there is an active appeal process, USATF will allow any athletes to continue competing until the process is completed,” USATF director of communications Susan Hazzard said.

The organization said it did not want to bar Houlihan from potentially competing in Tokyo Olympics next month should her ban be overturned.

“You can always resolve the outcome later, but you can’t re-run a race,” USATF CEO Max Siegel said.

Houlihan explained how the drug would have appeared on her test after eating a burrito.

“From what I’ve been told nandrolone is high … pig offal has high concentrations of nandrolone. This food truck that I happened to go to that night – I’ve eaten there a lot before – and this food truck serves pig offal as part of their menu and I think I happened to ingest this hormone and 10 hours later, at the peak of when it’s supposed to be in your body and your digesting it, I happened to get tested and honestly it’s a very unlucky series of events,” she said. “I’m kinda blown away by what happened and I can’t believe I’m going through this as a clean athlete.”

Houlihan made clear that she didn’t cheat and was committed to the appeal process.

“I’m putting all my trust in the process. I’ve tried to so far and honestly it’s failed me. But I’m going to keep trusting that the truth will come out and that I will be able to compete in the coming years. I think I’m going to miss the trials this year unfortunately. I worked really hard and I’m in the best shape of my life right now but I’m trying to trust the process and hope that … I can get justice from this.”

The next option for Houlihan could be to appeal to Switzerland’s highest court to overturn. That court can issue an injunction that would allow Houlihan to participate while the case is determined.

Houlihan starred at Arizona State and was a 12-time Division I All-American. She won a gold medal at the 2014 NACAC U23 Championships in Athletics and a silver in the 2018 Continental Cup.