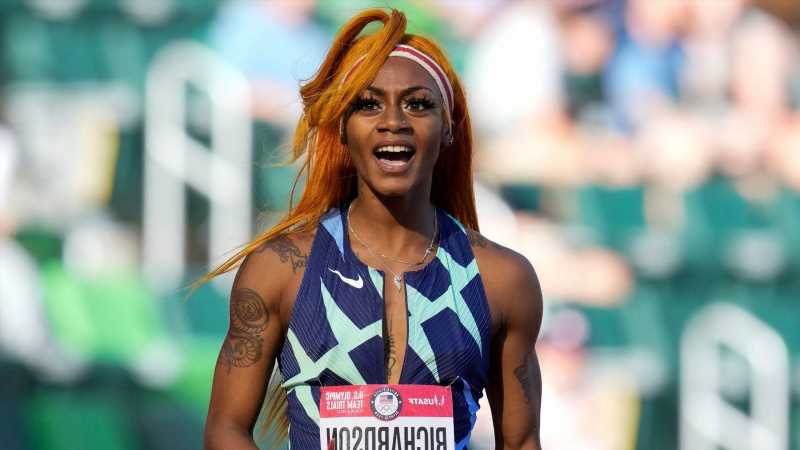 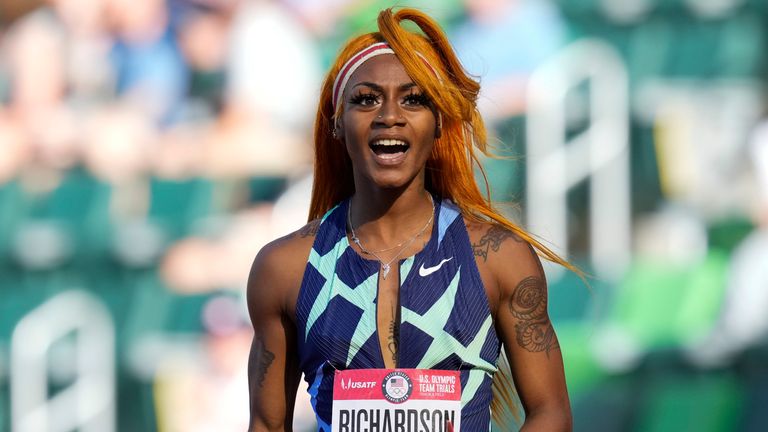 US sprinter and Olympic 100m gold medal contender Sha’Carri Richardson will not race in the women’s 100m at Tokyo 2020 after accepting a one-month suspension for an anti-doping violation.

The 21-year-old tested positive for cannabis in a sample collected at the US Olympic Team trials on June 19 which means her Olympic qualifying time of 10.86sec is void.

The time established Richardson as a gold medal contender at Tokyo and prompted comparisons to Usain Bolt.

On Thursday, as reports swirled about her possible marijuana use, Richardson put out a tweet that said, simply: “I am human.”

On Friday, she went on TV and said she smoked marijuana as a way of coping with her mother’s recent death.

“I was definitely triggered and blinded by emotions, blinded by badness, and hurting, and hiding hurt,” she said on NBC’s Today show. “I know I can’t hide myself, so in some type of way, I was trying to hide my pain.”

“The rules are clear, but this is heartbreaking on many levels; hopefully, her acceptance of responsibility and apology will be an important example to us all that we can successfully overcome our regrettable decisions, despite the costly consequences of this one to her,” US Anti Doping Agency CEO Travis Tygart said.

Her ban runs from June 28 which means Richardson could be cleared to race in the 4x100m relay squad on August 6, if picked by US selectors.

The ban was reduced to a month because her cannabis use occurred out of competition, was unrelated to sport performance, and she has successfully completed a counselling programme regarding her use of cannabis.