SERENA WILLIAMS is no longer the highest-paid female athlete after falling to second place behind 22-year-old Naomi Osaka.

Forbes released a list of the top ten highest-paid female athletes on Monday, with tennis stars Osaka and Williams way ahead of their rivals on the list. 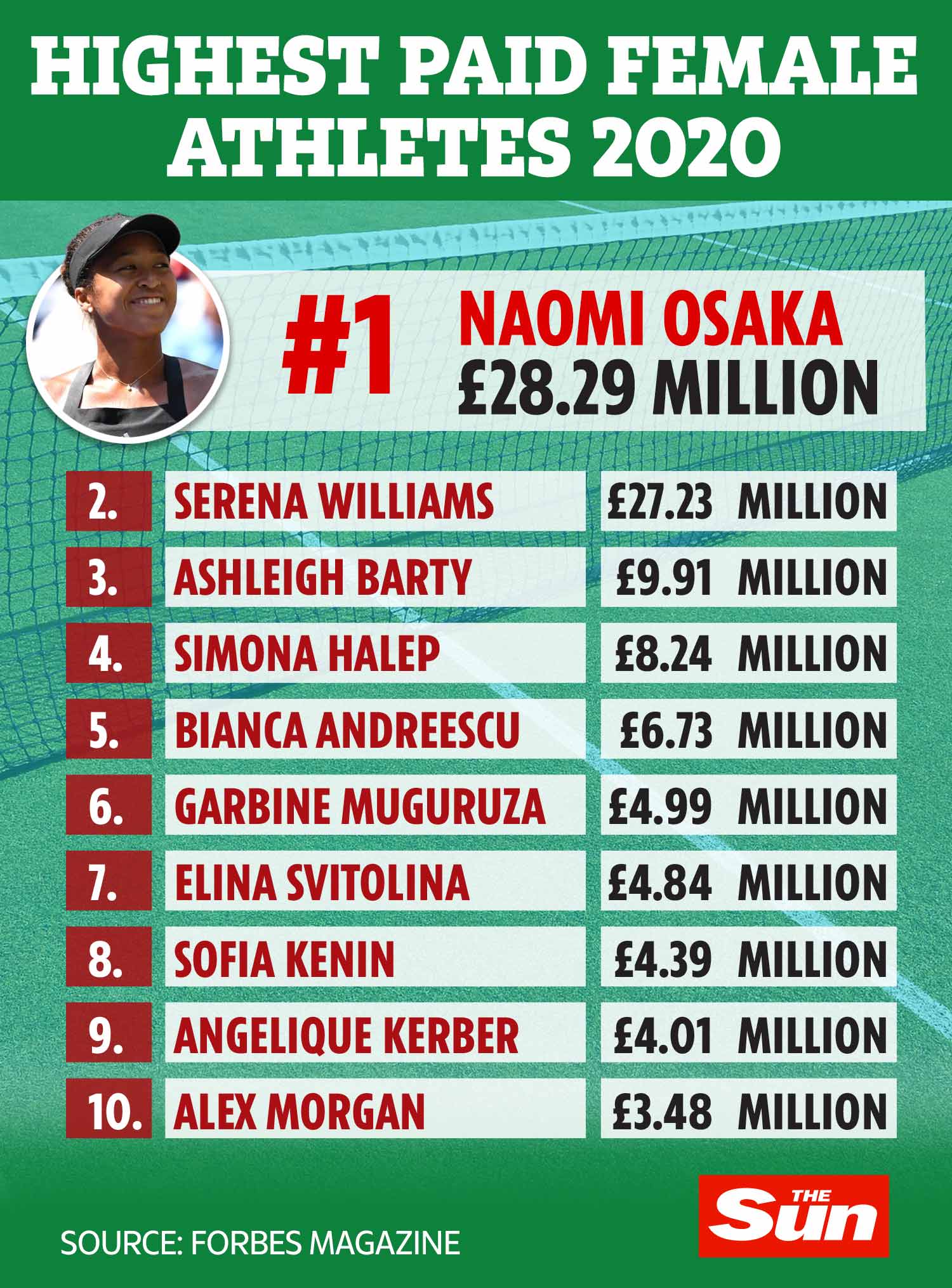 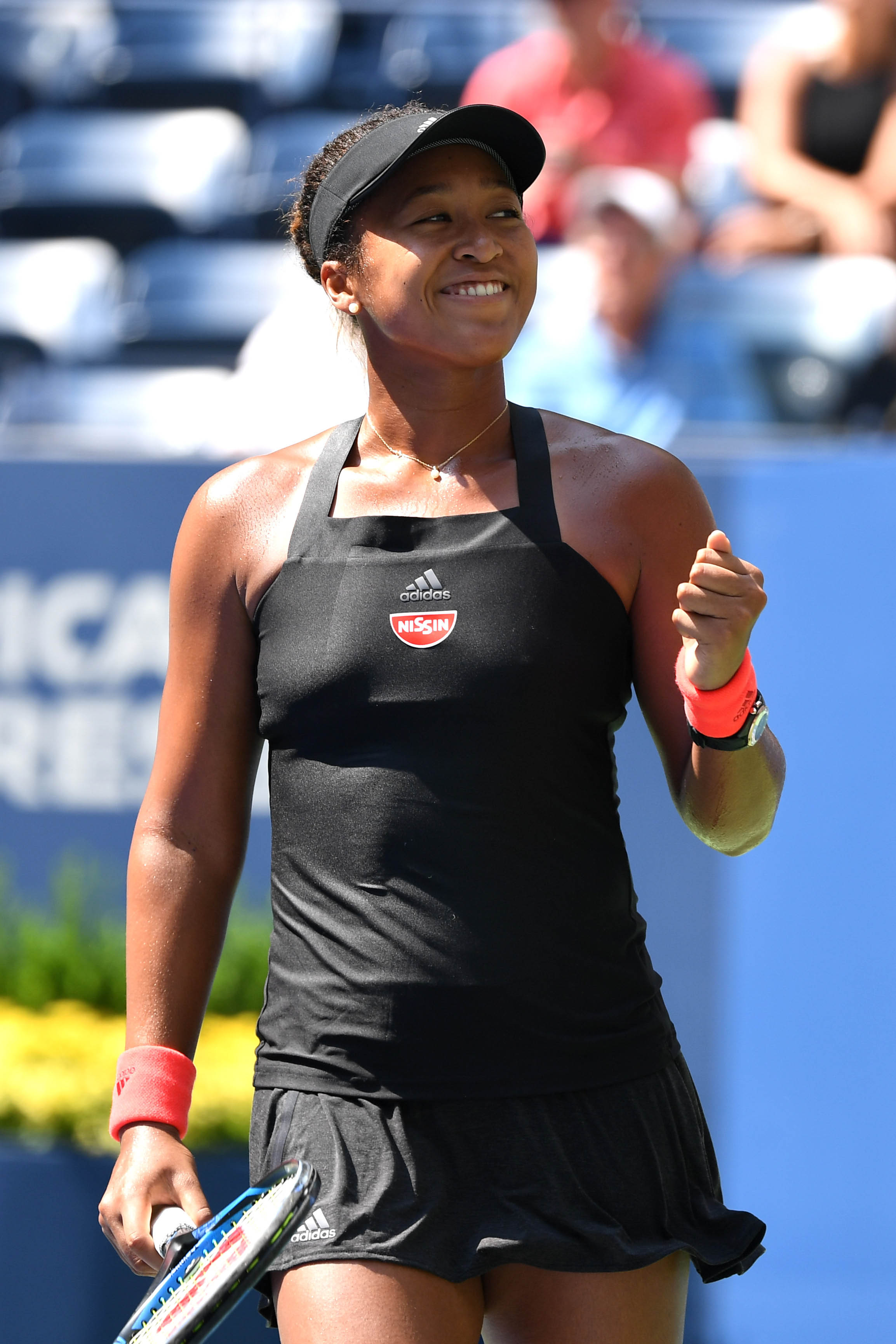 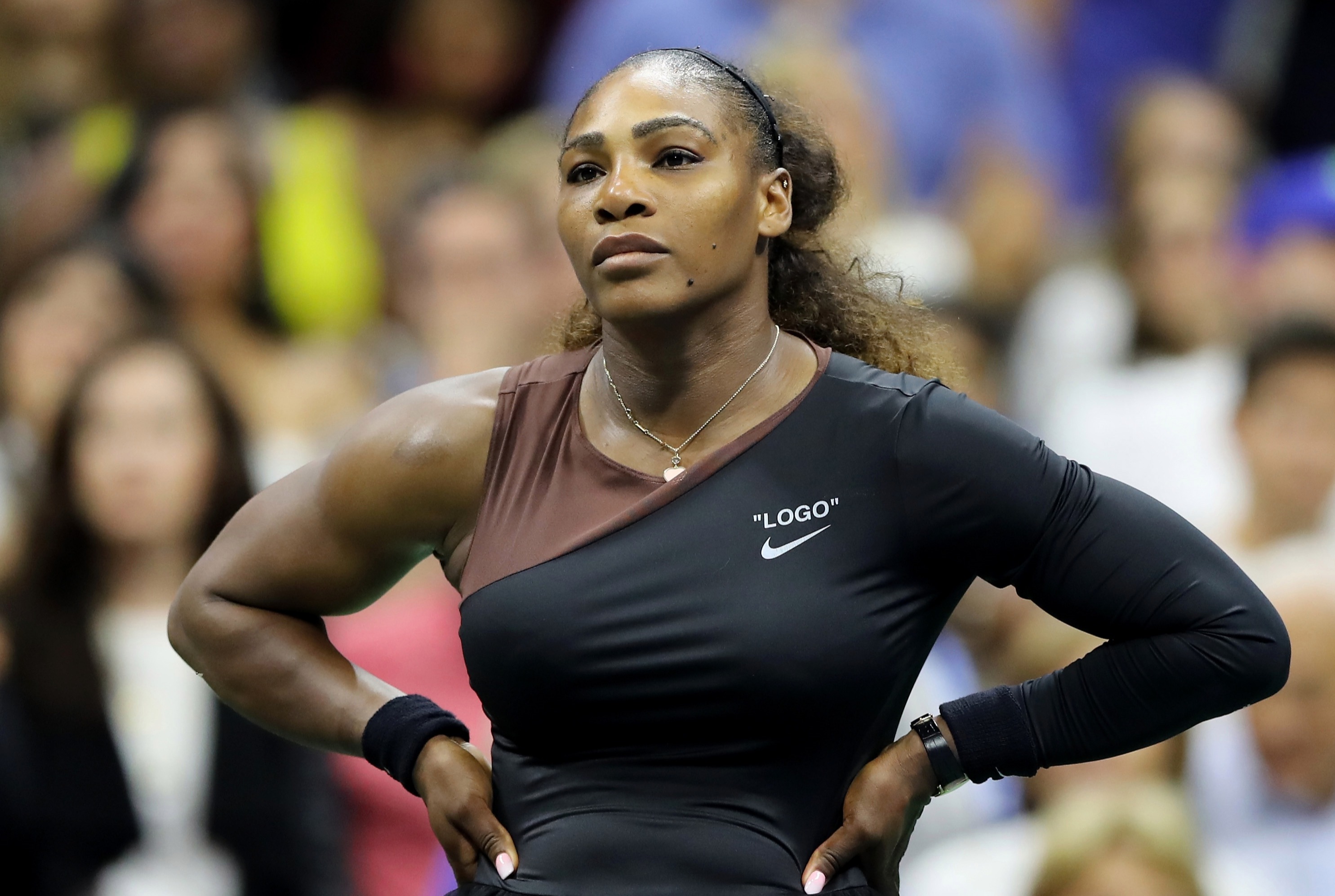 Osaka earned a staggering £28.2million in 2020, while Williams earned £27.2million for the year – with £24.2million coming from endorsements.

Osaka earned a total of £2.5million from prize money, but her revenue from endorsements came at a whopping £25.7million.

Osaka scored a slew of new endorsement deals following her back-to-back Grand Slam titles at the 2018 US Open and the 2019 Australian Open, including Nike, which committed roughly £7.5million annually to win her away from Adidas.

The 22-year-old phenom now has 15 endorsement partners, including global brands like Nissan Motors, Shiseido and Yonex.

The endorsement income between Williams and Osaka in comparison to the rest of athletes on the list is extremely noticeably, adding up to a £21.9million income difference compared to the No 3 spot.

The only non-tennis player on the list comes at No 10, as co-captain of the US women’s national soccer team Alex Morgan earned a total of £3.4million.

Morgan cracked the top ten thanks to a massive endorsement portfolio worth ten times as much as her roughly £300,000 on-field salary and bonus last year.

She has more than a dozen sponsors, which include Nike, Coca-Cola, Volkswagen and AT&T.

The Australian tennis player, Ashleigh Barty earned herself the No 3 earning a total of £9.9million with just £2.2million coming from endorsements. 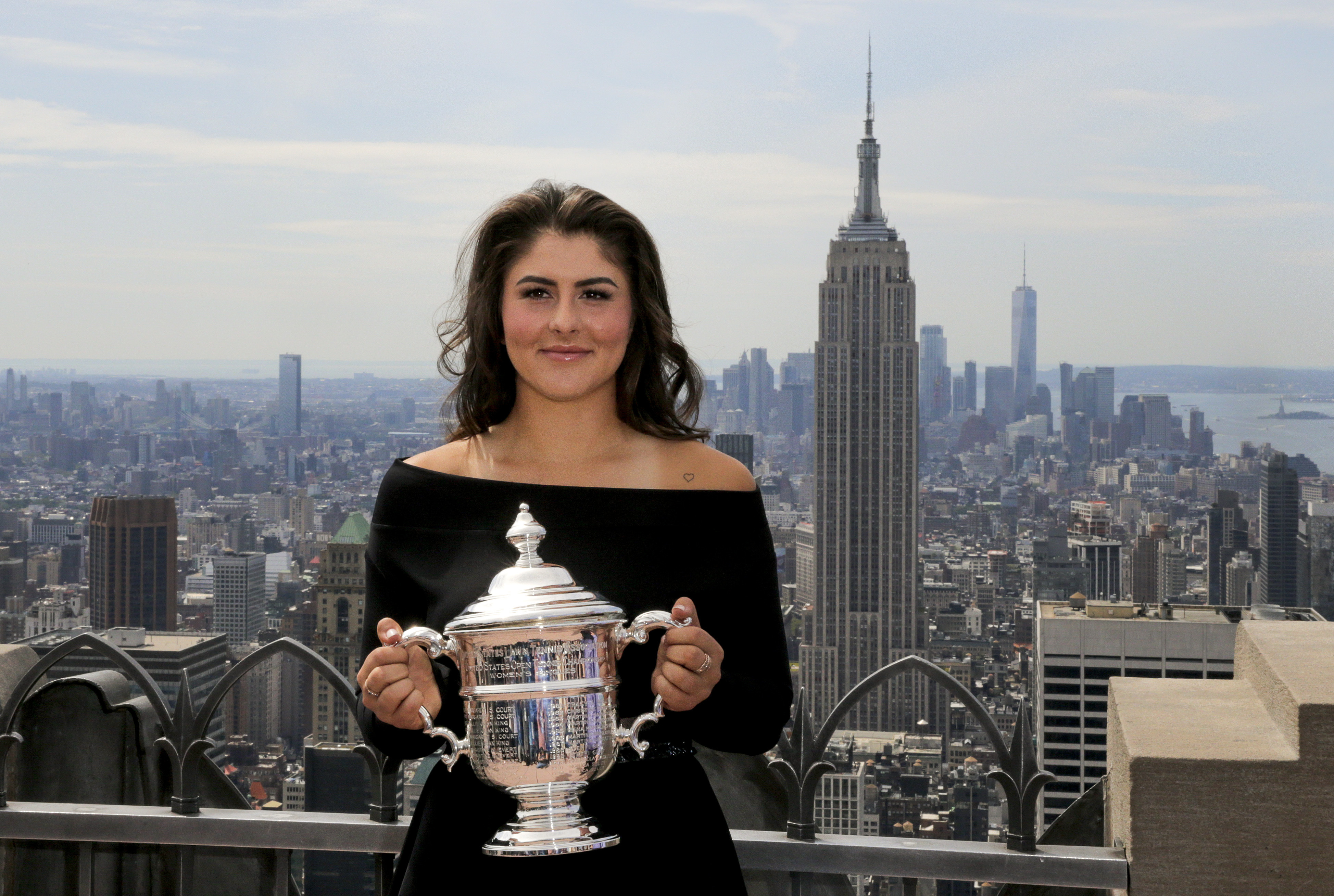 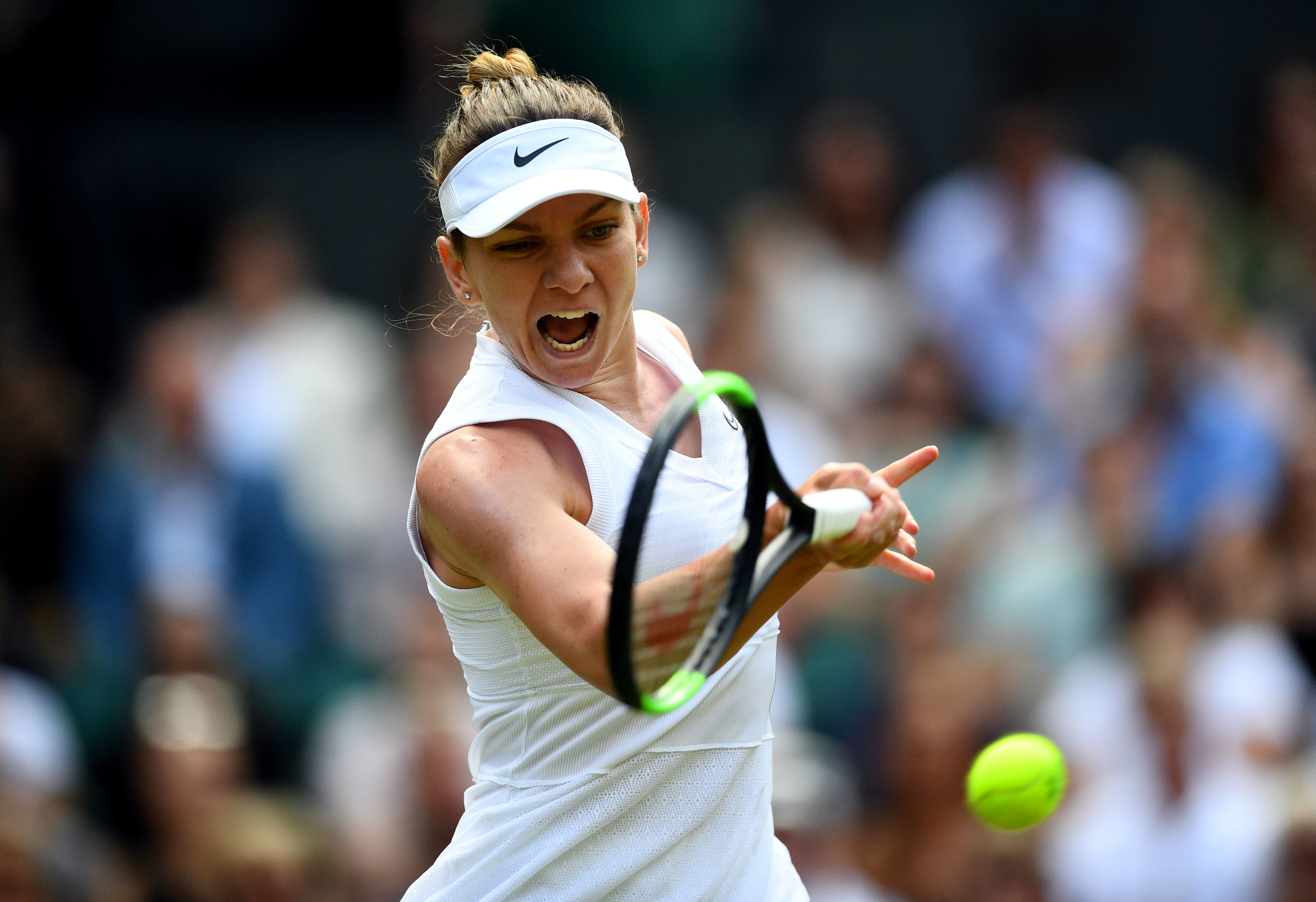 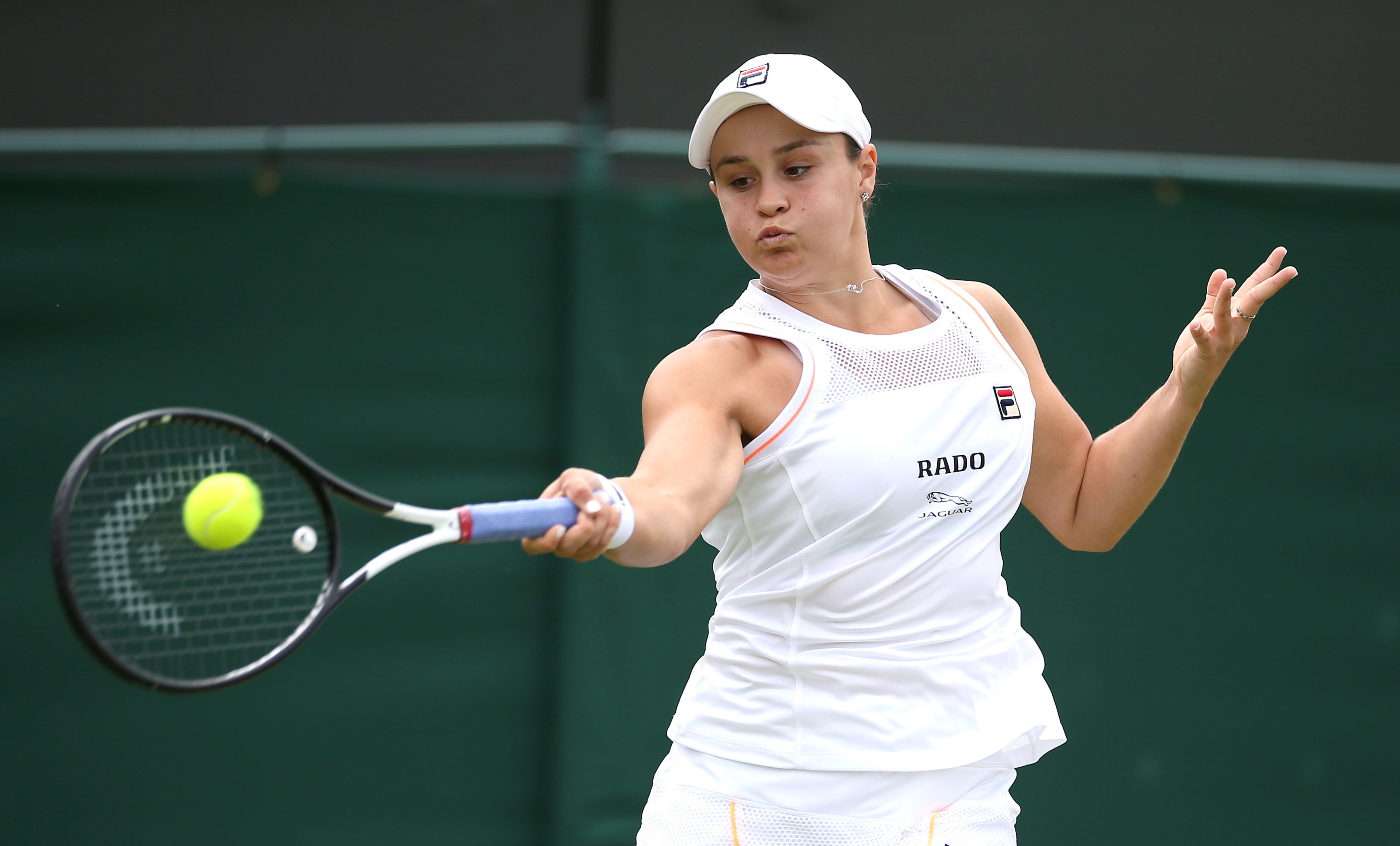 The majority of her income came off prize money, which totalled £7.6million.

Former American tennis player, Rosie Casals spoke out on the ongoing pay disparity between men and women, saying: “We can’t be complacent. We must continue to improve exposure and profile of the women’s game so that value continues to rise.

“We were fortunate, but we need more women in places of power in business.”