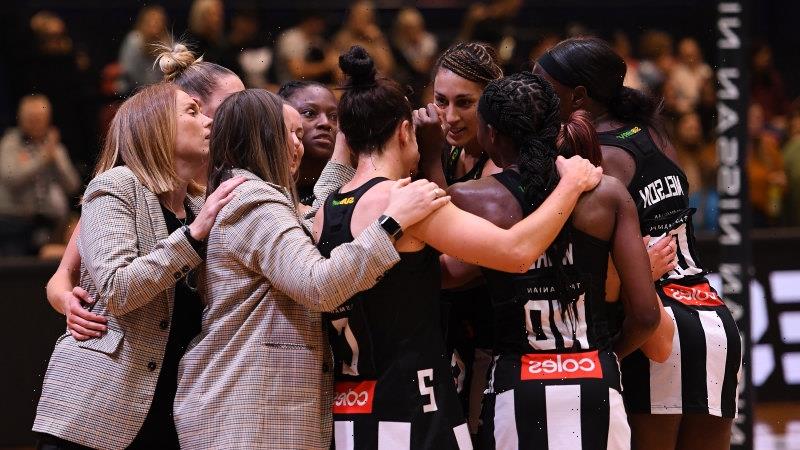 Sharpshooting under the ring and a daring brand of netball proved the difference in Launceston as Collingwood overcame the Queensland Firebirds in a thrilling three-goal win on Saturday.

Firebirds goal attack Tippah Dwan, who started the match on the bench, kept Queensland in the match with four of her side’s five super shots, including a double-pointer to level the scores with less than three minutes on the clock. 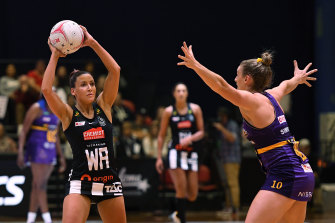 Magpie Molly Jovic, left, looks to pass during round four against the Firebirds. Credit:Getty Images

But the Magpies – playing at the Silverdome for the first time since round 13, 2019 – were simply more composed when it counted to claim their second straight win from four matches this season under coach Nicole Richardson. Before last week’s win, the Magpies had lost 13 consecutive matches.

Goal shooter Shimona Nelson was outstanding for the Magpies. The Jamaican, who played under the ring for the entire match, nailed 53 goals from 54 attempts and gave her side a reliable target inside the circle.

The Magpies raced to a fast start, forcing the Firebirds to call an early time-out to stop their momentum. 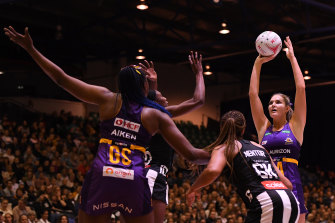 A tightening in defence saw the Firebirds peg back the Magpies, and seven straight goals to start the second quarter saw the Magpies on the back foot. But after losing their way for a short stint, the Magpies’ daring paid dividends. They moved the ball fast from the restarts and Nelson finished off the good work.

The Firebirds continued to mix their line-up, using all three of Dwan, Romelda Aiken and Gretal Bueta in the shooting circle, and had more rebounds (7-1), more time in possession (53 per cent to 47 per cent) and more intercepts (9-2), but it proved to no avail.

Despite scoring a number of super shots at crucial moments, which kept the Firebirds within touching distance of the Magpies, they were eventually outclassed.

The victory saw Collingwood jump Queensland on the Super Netball ladder into the top four. The Magpies moved to 2-2 with the narrow result, leaving the Firebirds at 1-3.

The Magpies next face the NSW Swifts, who meet the Sunshine Coast Lightning on Sunday. Both those sides go into Sunday’s game at 2-1.