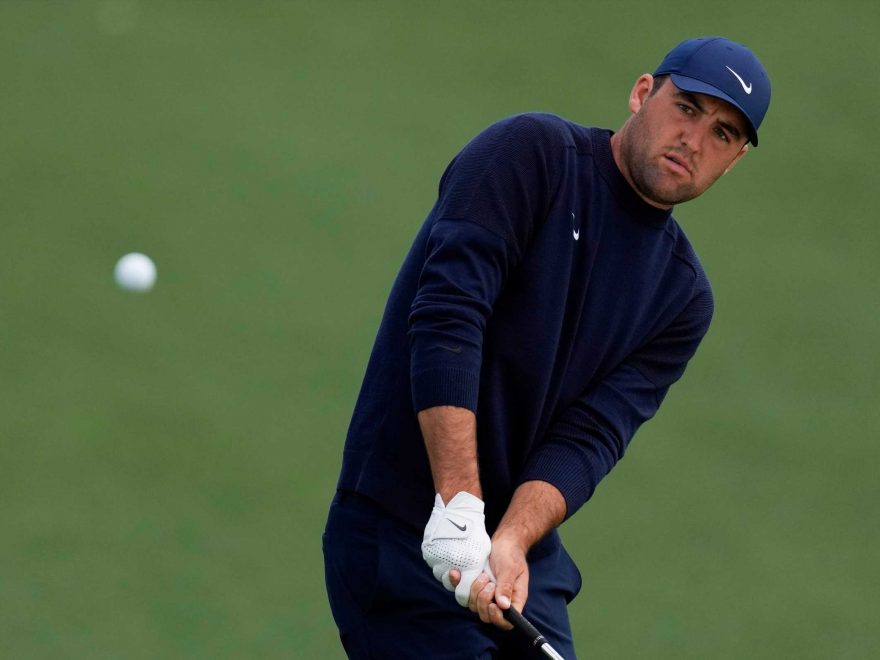 History was firmly on Scottie Scheffler’s side as he attempted to cement his position as world number one with a first major title in the 86th Masters.

Four of the five previous players to hold such a halfway lead in tournament history went on to claim the green jacket, with Jordan Spieth the most recent to do so in 2015.

Harry Cooper was the sole exception in 1936 in what was just the third Masters, the American carding a third round of 71 to lead by three before a closing 76 cost him the title. 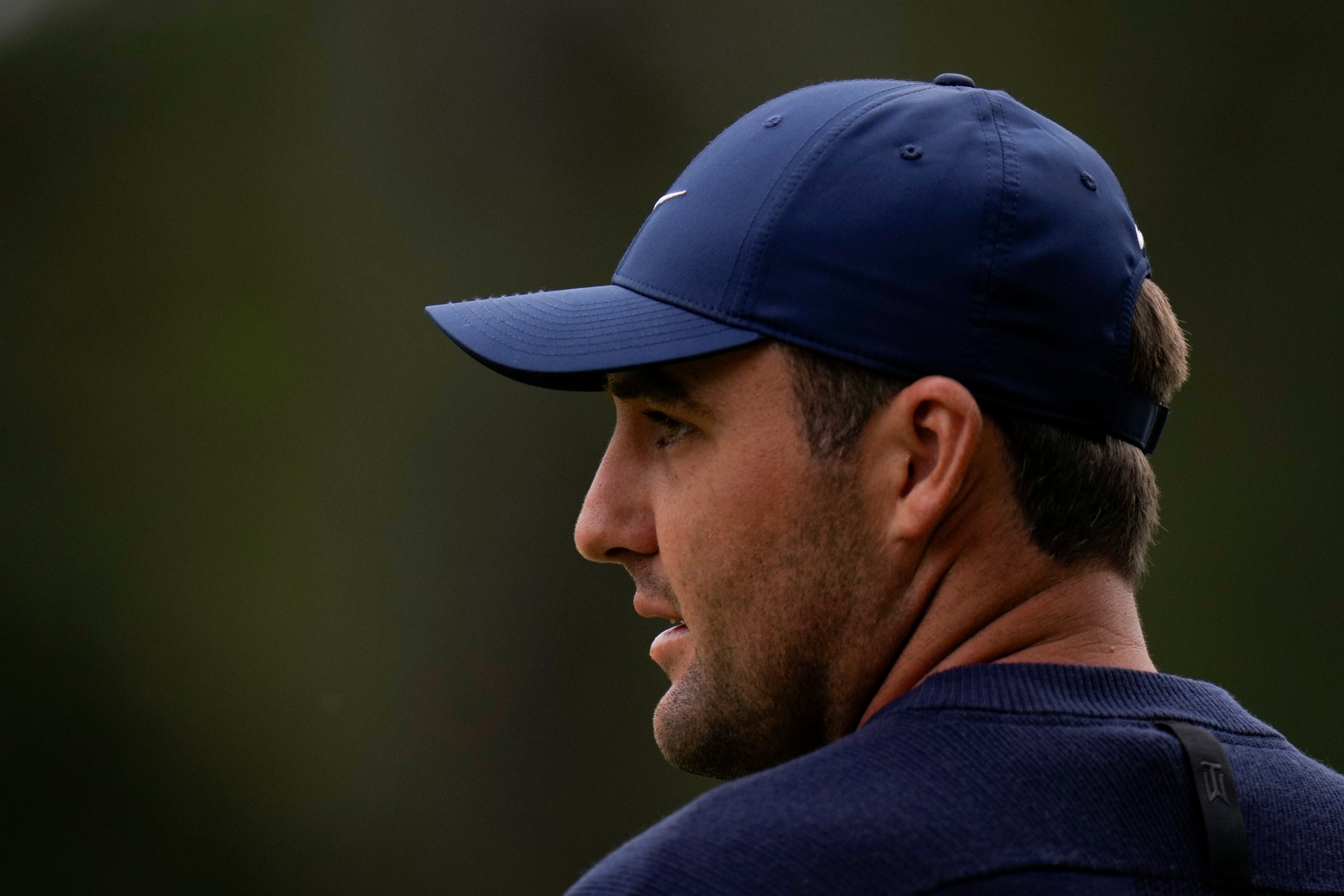 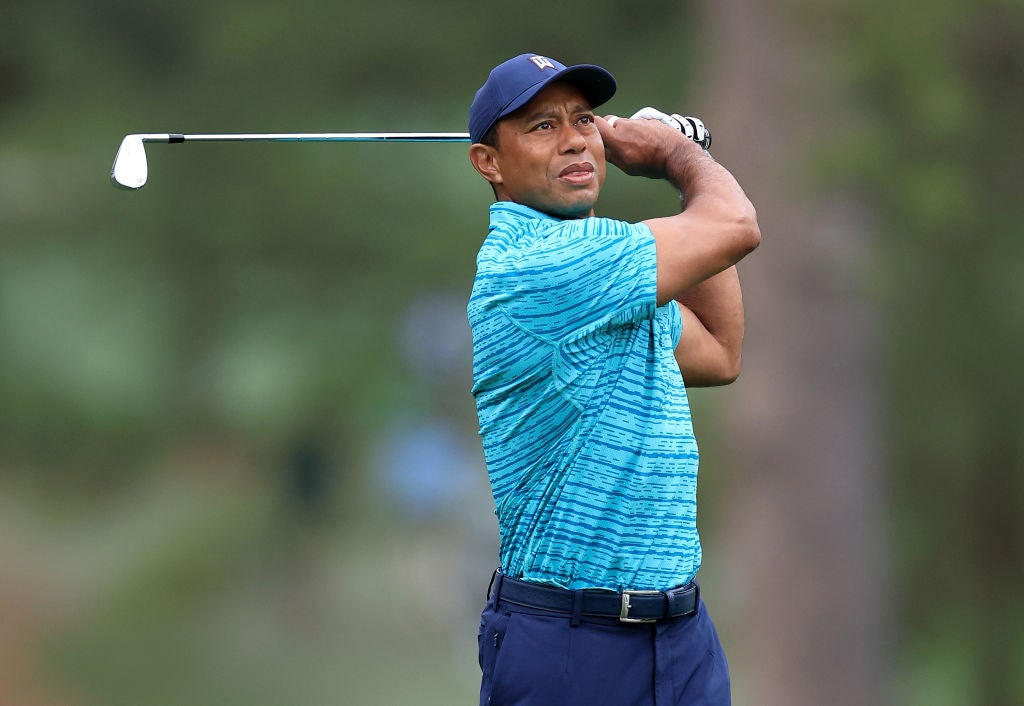 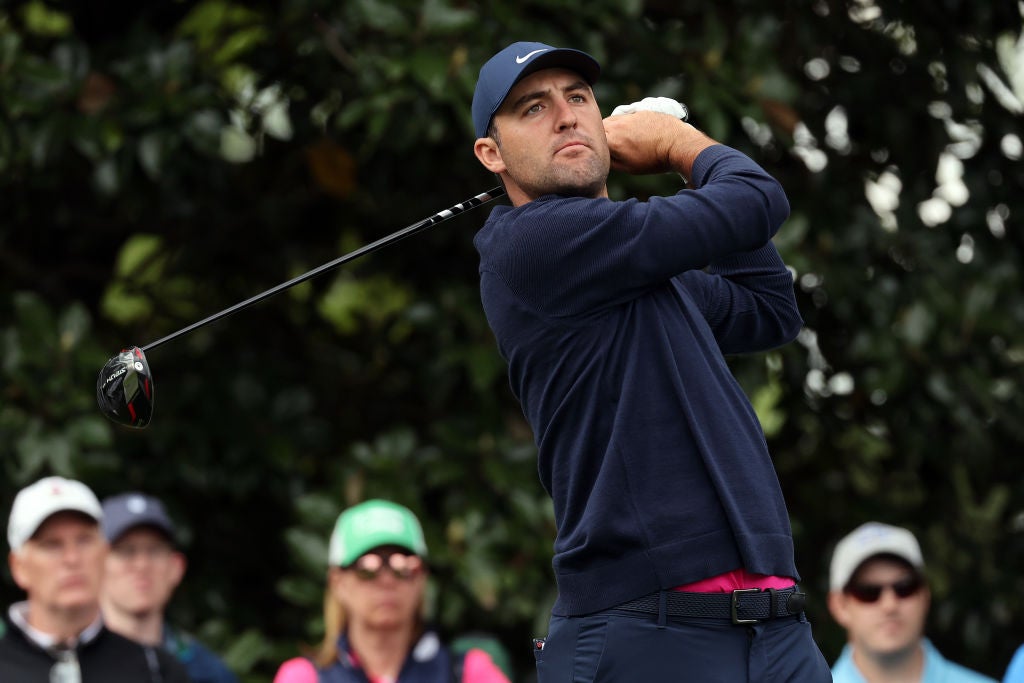 Scheffler has already won more than £5.6million this season courtesy of his three wins, the 25-year-old breaking his duck in the WM Phoenix Open, then claiming the Arnold Palmer Invitational and WGC-Dell Technologies Match Play titles to make it three wins in five starts.

From the lowest-ranked player on last year’s United States Ryder Cup team at 21st in the world, Scheffler suddenly found himself top of the rankings and displacing Spain’s Jon Rahm, the same man he had beaten in the singles at Whistling Straits in the home side’s record 19-9 victory.

Scheffler has played just nine majors in his career and twice at Augusta National, although he finished 19th on his debut in 2020 and 18th last year.

He also had the advantage of being drawn alongside five-time champion Tiger Woods for the final round in 2020 and three-time winner Phil Mickelson for the first two rounds last year, while his caddie Ted Scott was on the bag when Bubba Watson won in both 2012 and 2014.

“I learned a lot just by watching those guys manage their way around the golf course,” Scheffler said. “I’ve seen tons of highlights and plenty of stuff, and I feel like I’m constantly learning about this place.

“One of my goals coming into today (Friday) with the way the wind was, Teddy and I talked about it; we are just going to try to play this golf course like Bernhard Langer does and just kind of plot your way around.

“The guy seems to play good every year. I don’t know how old he is now, he’s definitely one of the older guys in the field here, and he continues to beat people around this golf course.” 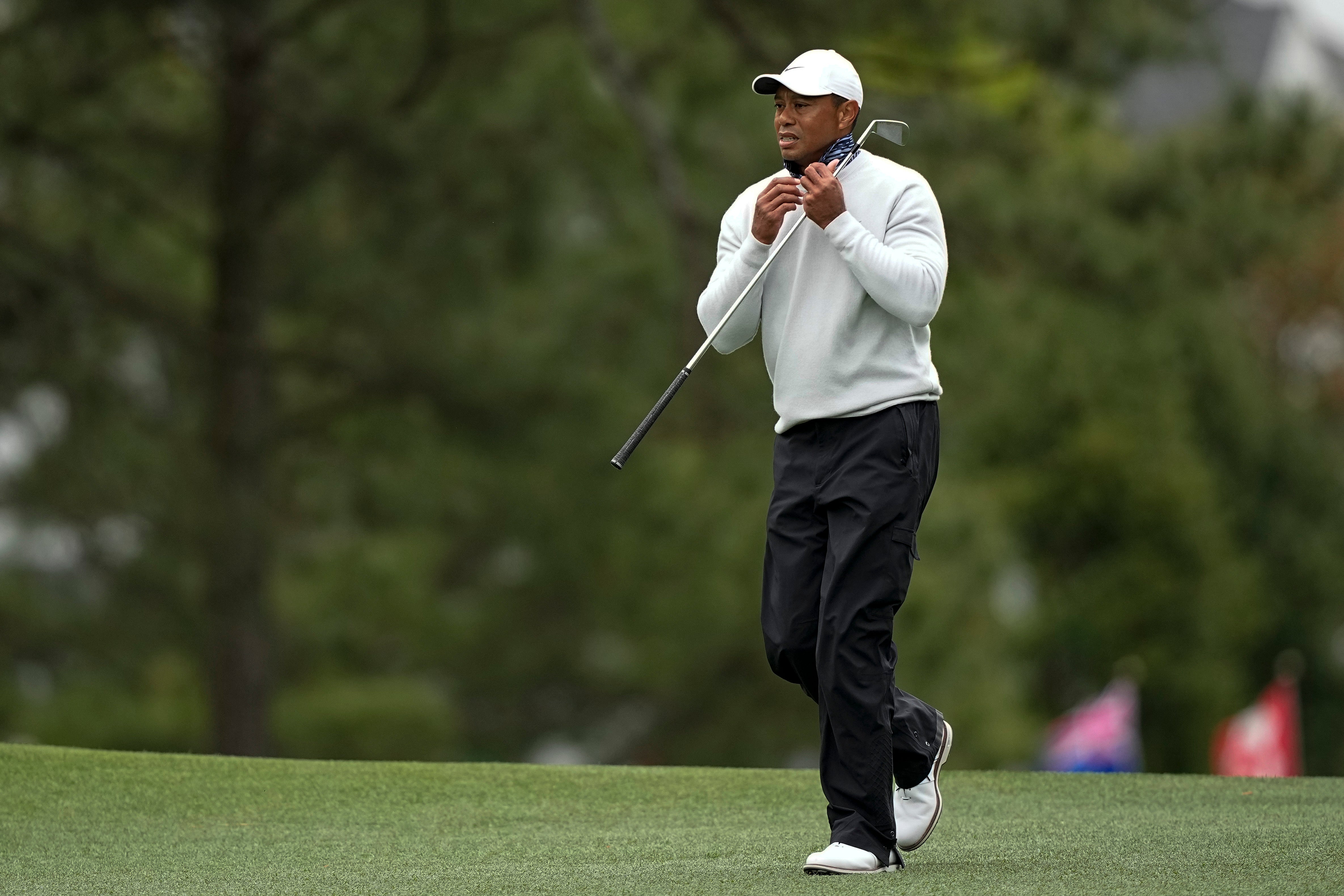 The chasing pack faced cold and breezy conditions as they tried to climb back into contention, something which did not suit the ambitions of 15-time major winner Woods. 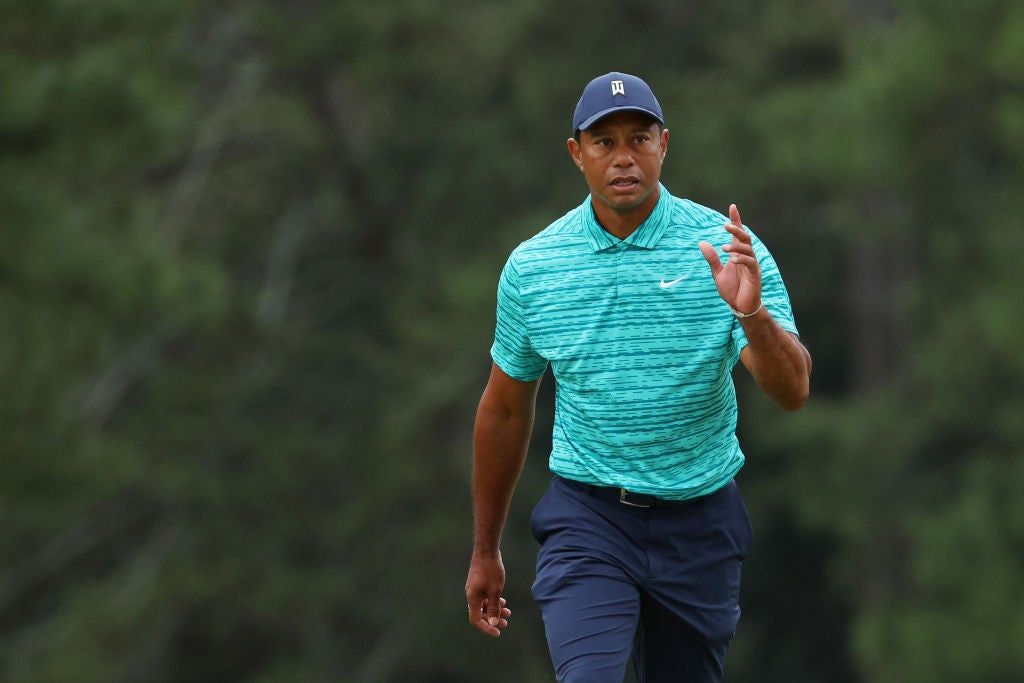 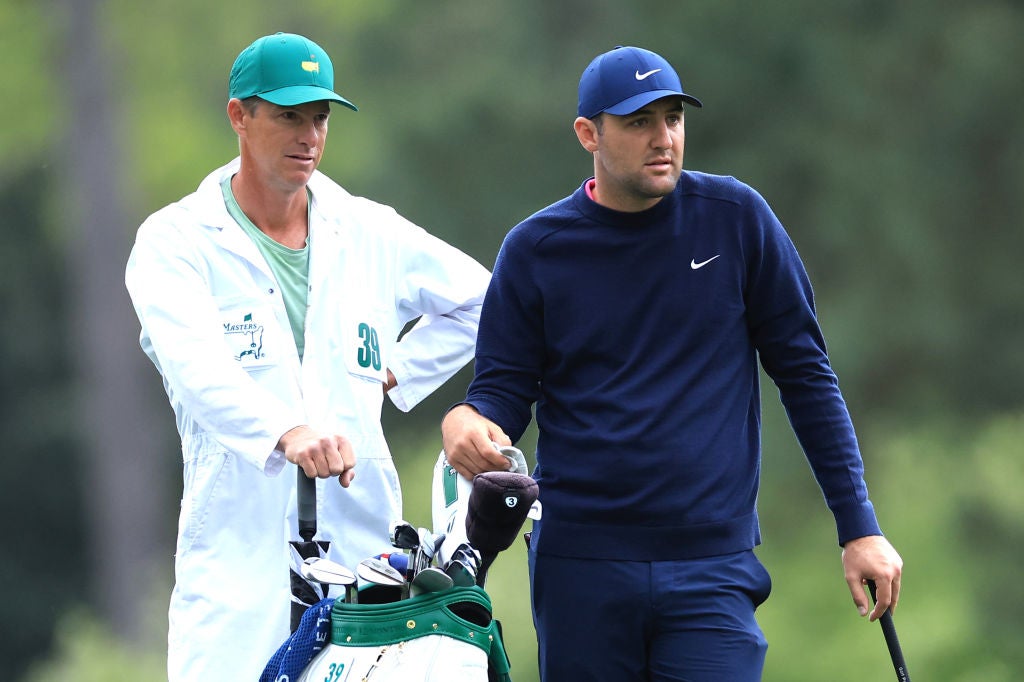 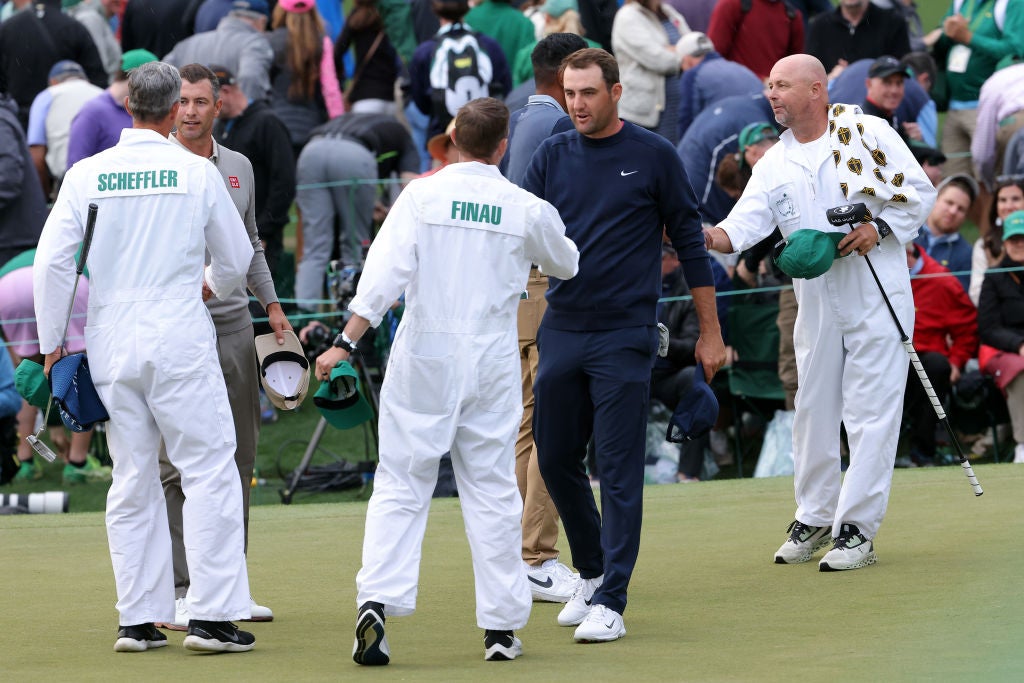 Woods admitted at the start of the week that cold weather did him no favours due to his numerous health issues, the 46-year-old making a 22nd consecutive halfway cut in the Masters in his first top-level start since suffering severe leg injuries in a car accident 14 months ago.

Starting the day nine shots off the lead following rounds of 71 and 74, Woods hit a mediocre approach to the first and three-putted from long range for a disappointing bogey, but almost holed his greenside bunker shot for an eagle on the par-five second and tapped in for birdie.