Lindelof deputised for the injured Aaron Wan-Bissaka in the Boxing Day clash while Eric Bailly filled in at centre-back as United were forced to settle for a point at the King Power Stadium. 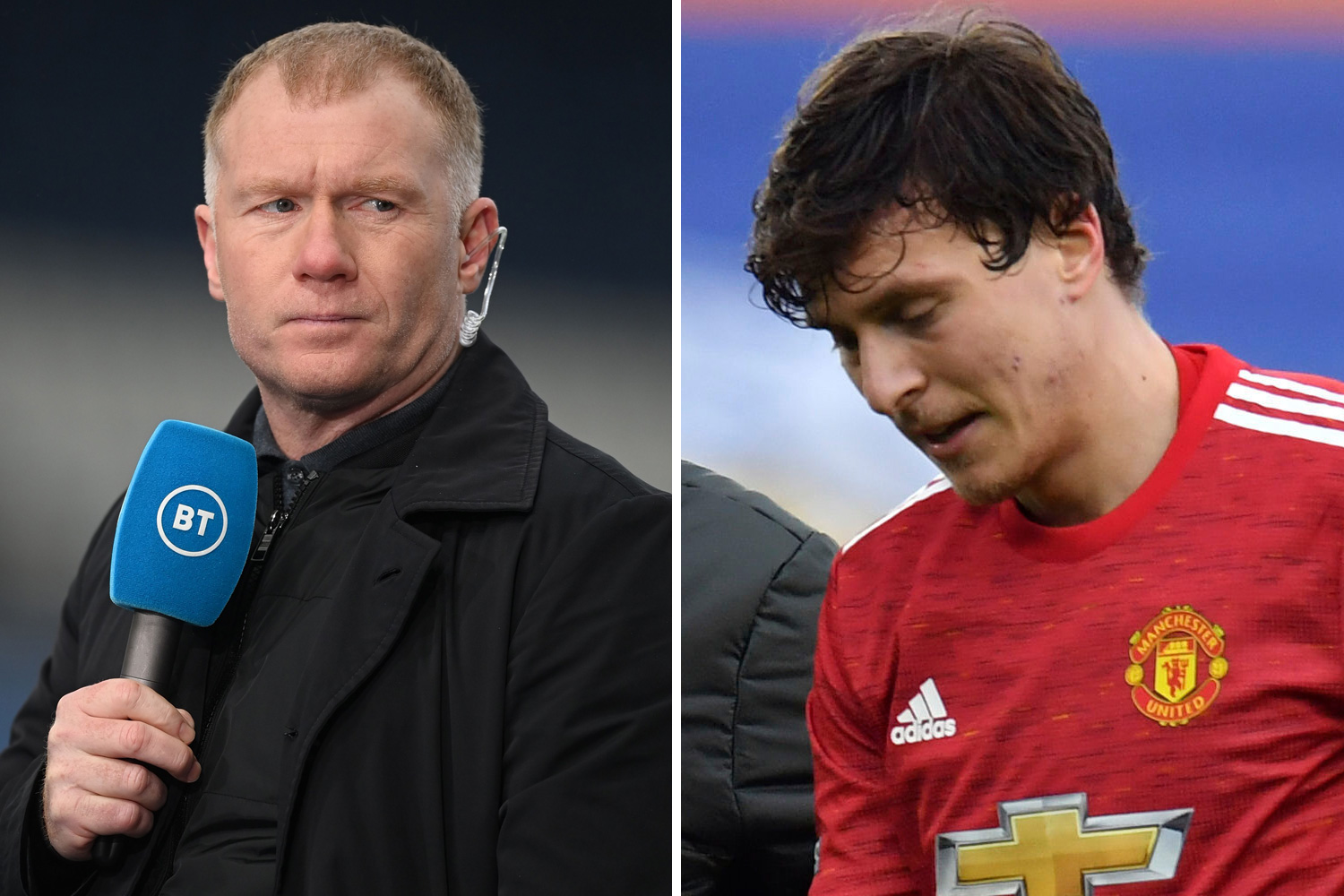 The Red Devils took the lead twice in the match but were pegged back on both occasions, with Bruno Fernandes thinking he had scored the winner 11 minutes from time only for a late Axel Tuanzebe own goal to make it 2-2.

Reflecting on the match, Scholes told BT Sport: "I thought both teams could have won the game but United had the better chances.

"A few difficult moments for United. I think Lindelof at right-back… I don’t think we’ll see it again. I hope we don’t see it again!

"There has to be a better option than that.

"I thought Tuanzebe was excellent when he came on, because Harvey Barnes was a real threat down that left side."

Tuanzebe started at right-back against Everton in the Carabao Cup in midweek – with the busy festive schedule perhaps explaining why he was only a substitute on Saturday.

An injury to Lindelof in the 66th minute meant the United academy graduate was called into action.

Lindelof has reportedly been playing through the pain barrier this season as he continues to struggle with chronic back trouble, but was unable to continue against Leicester.

Despite an impressive showing at right-back, it was Tuanzebe who deflected Jamie Vardy's shot into his own net to hand Brendan Rodgers' side their 85th-minute equaliser.

Scholes will be hoping the Red Devils can have first-choice right-back Wan-Bissaka back in time for the visit of Wolves on Tuesday.

The ex-Crystal Palace man was ruled out of United's trip to the Foxes with a knock.