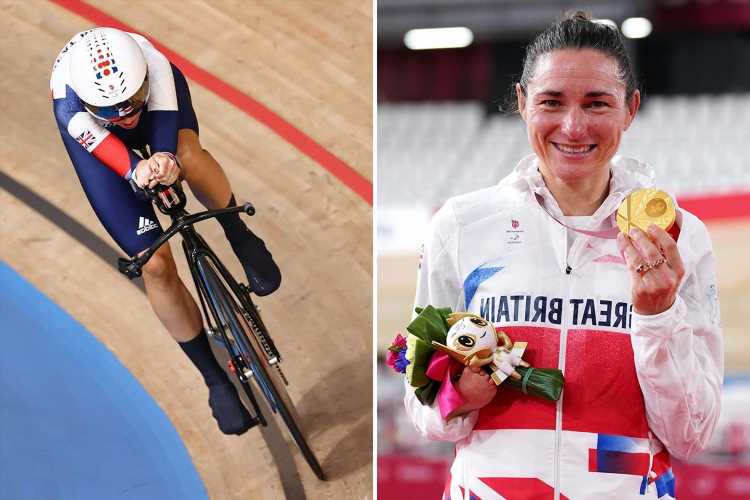 The Brit, 43, retained her C5 3,000m individual pursuit title with a comprehensive victory in the final over team-mate and compatriot Crystal Lane-Wright. 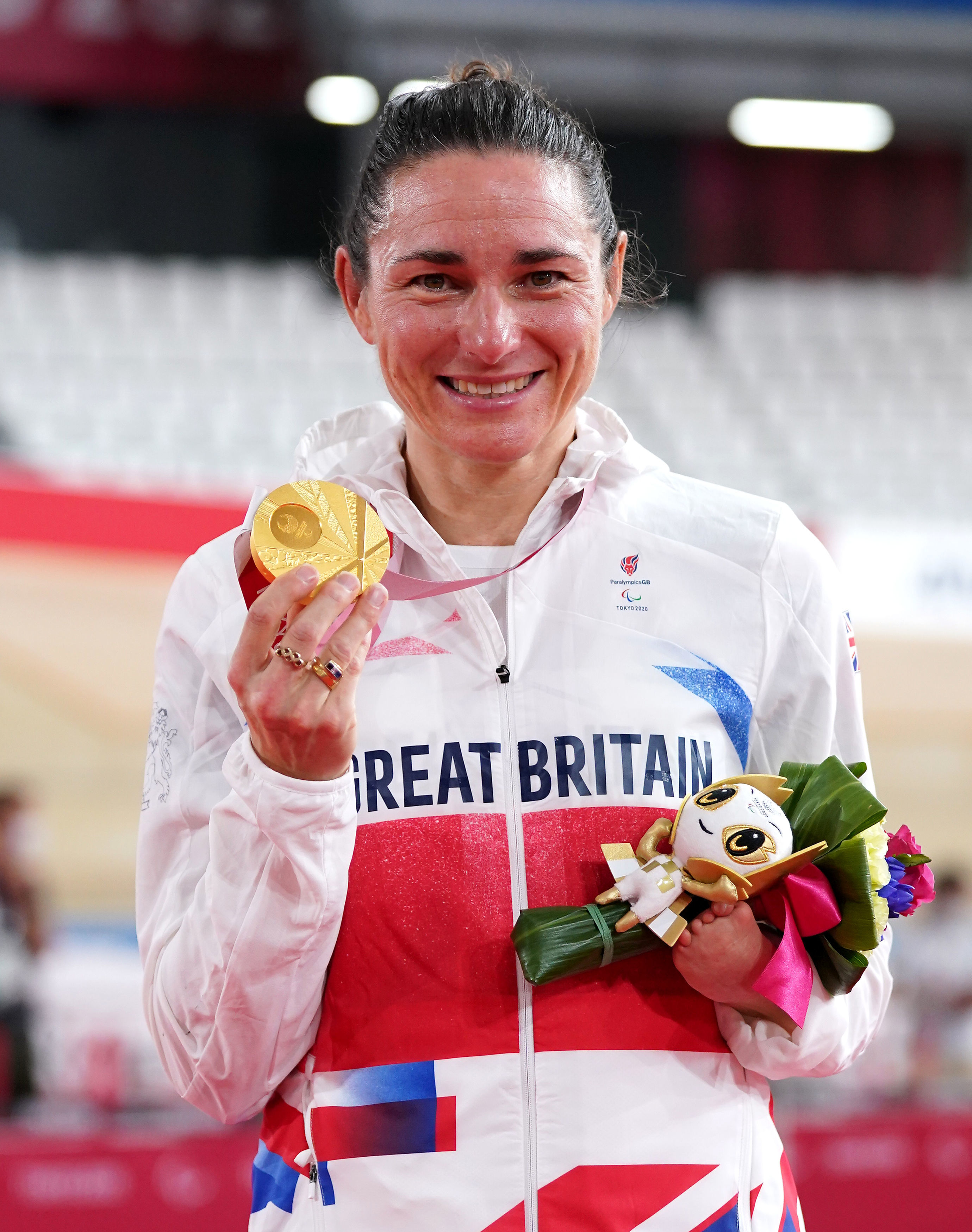 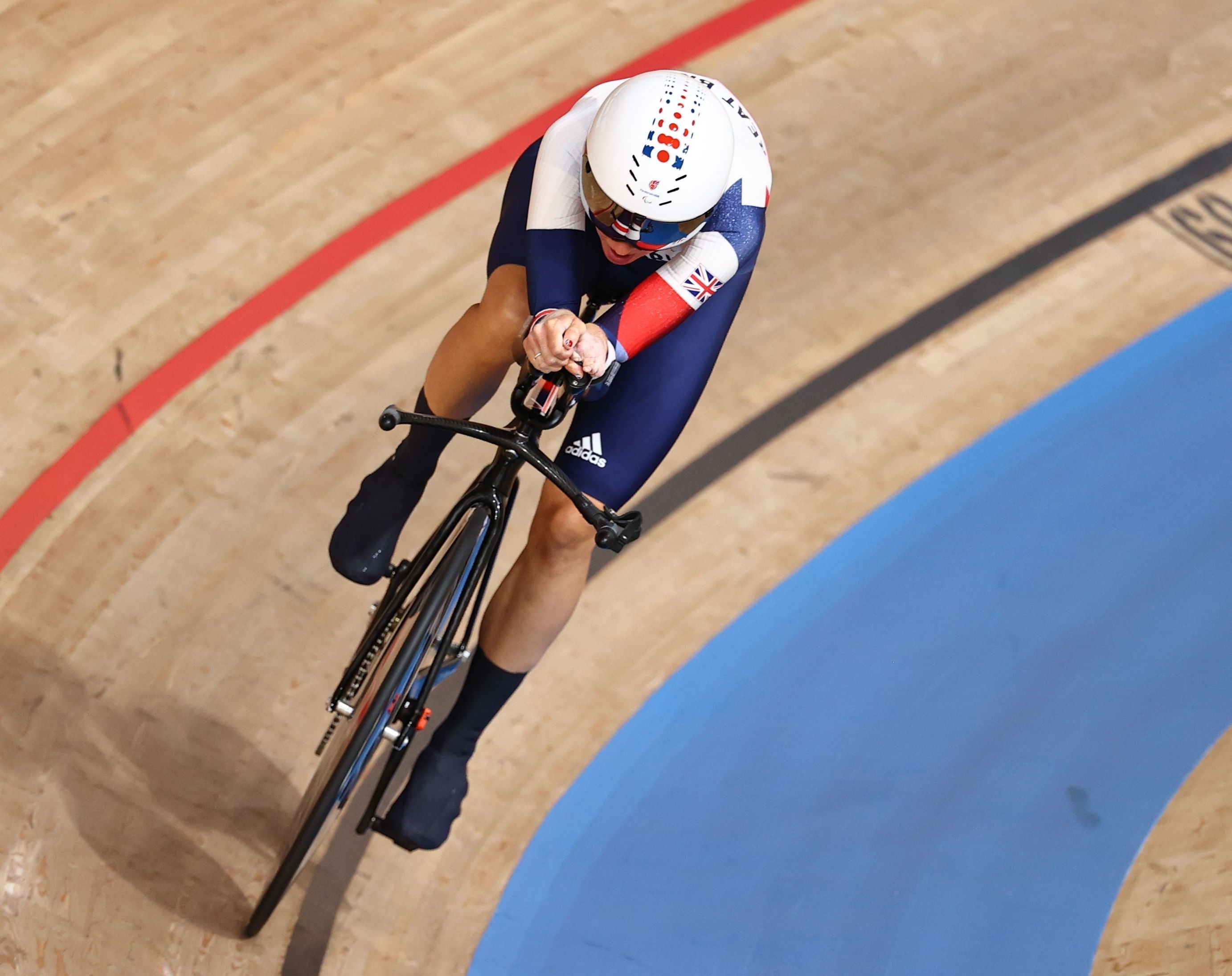 It was no contest really as Storey flew out of the blocks at the Izu Velodrome and caught Lane-Wright after just 1750m.

This is the 15th gold medal of her illustrious career from eight Games – she started out as a swimmer at Barcelona 1992 – and continues her quest for sporting dominance.

The mum-of-two is now just one gold medal shy of Mike Kenny, who won his 16th swimming Paralympic title 33 years ago.

Storey, who was born without a functioning left hand, is the standout performer in her class.

And she will be the favourite to win the road race and time trial next week in the foothills of Mount Fuji.

In the qualifying rounds, Storey completed the distance in a world-record time of 3:27.057 and provided she remained upright, she was always going to emerge victorious.

To highlight how fast that time is, it would have bettered the mark set by Brit Rebecca Romero in the same discipline en route to gold at the Beijing 2008 Olympics.

Storey said: “It’s quite overwhelming. Being in an empty stadium we have to be prepared to race like that but once you finish racing that's when it hits you, literally the stands are empty.

“Racing in a pandemic is hard. But it’s when you want to celebrate with people you realise you don’t have your friends and family here.

“We can celebrate with the team, which is obviously amazing but there is a bigger team behind the team you see here today and now more than ever they’re missed.

“It’s hard to put into words after a race. For me as an individual, I’ve won a medal at every single Games I’ve been to and this is my fourth time winning the individual pursuit in a row.

“I broke the world record in Beijing, in London, in Rio, this morning, so for me it’s been quite overwhelming to try and keep backing that up and keep pushing on the pedals to go faster and faster.

“I never expected to go as quick as I did this morning but I’m so glad that I did.”

"I feel a bit emotional actually because I know how much it means.

"I've got a tear in my eye because I've known Sarah Storey for such a long time on an individual level.

"It's such a shame that there are so few fans, especially as cycling is a sport where there is always a real block of family and friends but they can't be there."

"As much as I'm up against Sarah, it's me against me. I can only control what I can do. To get such a good PB this morning, I'm so pleased.

"During the pandemic, it's been so easy to become isolated and become self-centred so if there's one person that watches this and thinks, 'I can do it,' and that I've inspired them, that's more than any medal I've ever won.

"Paralympics sport is still in its infancy – please be inspired!" 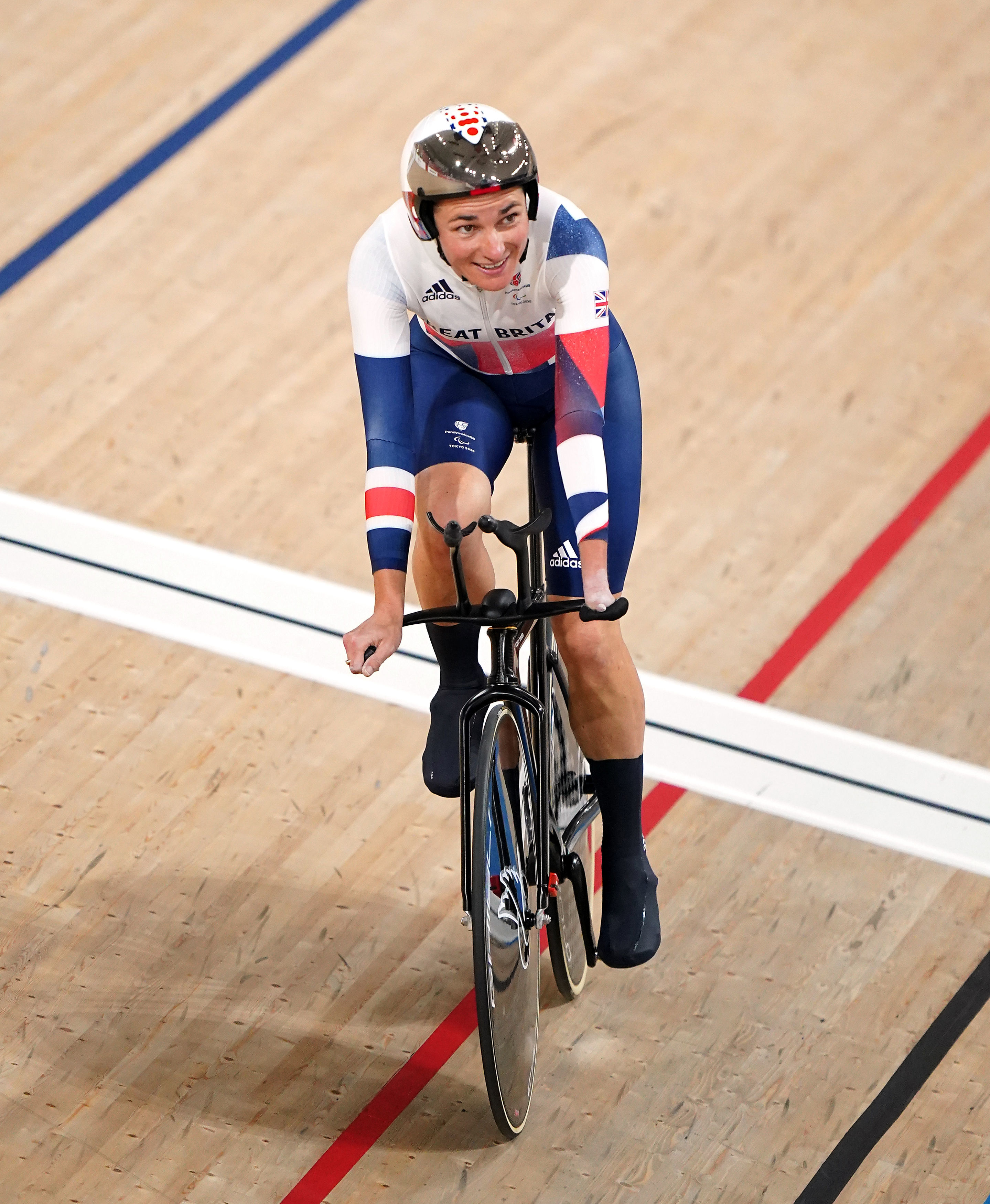 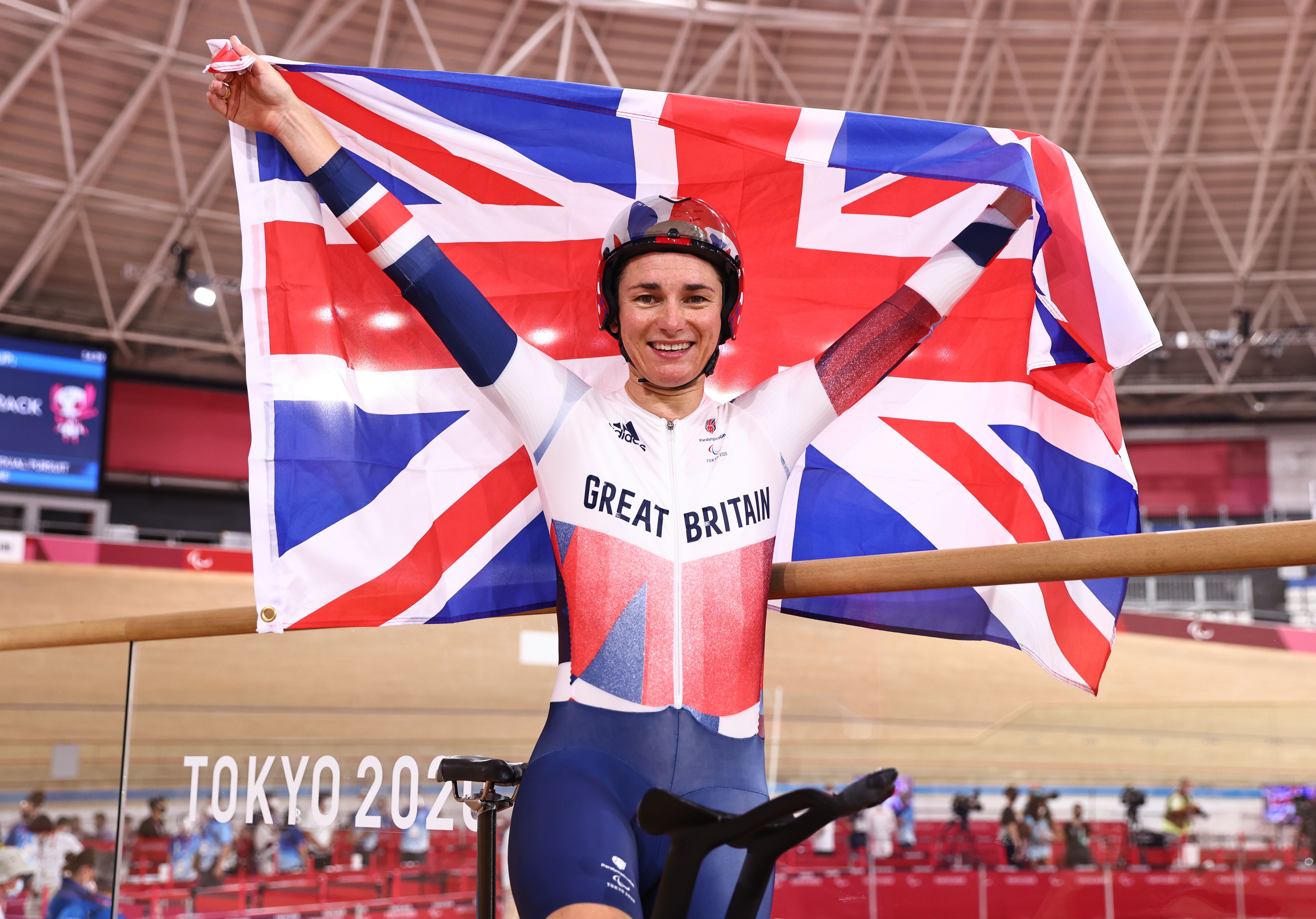