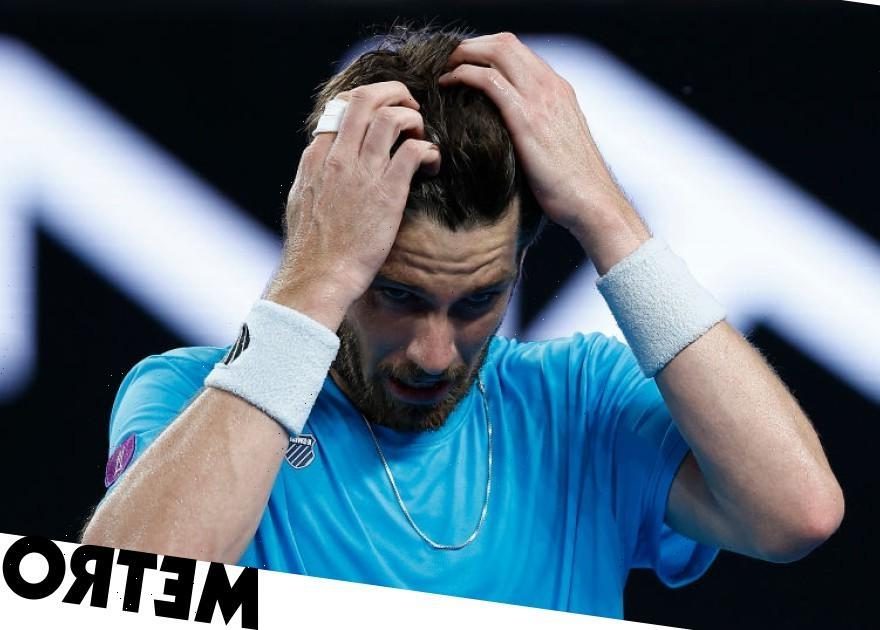 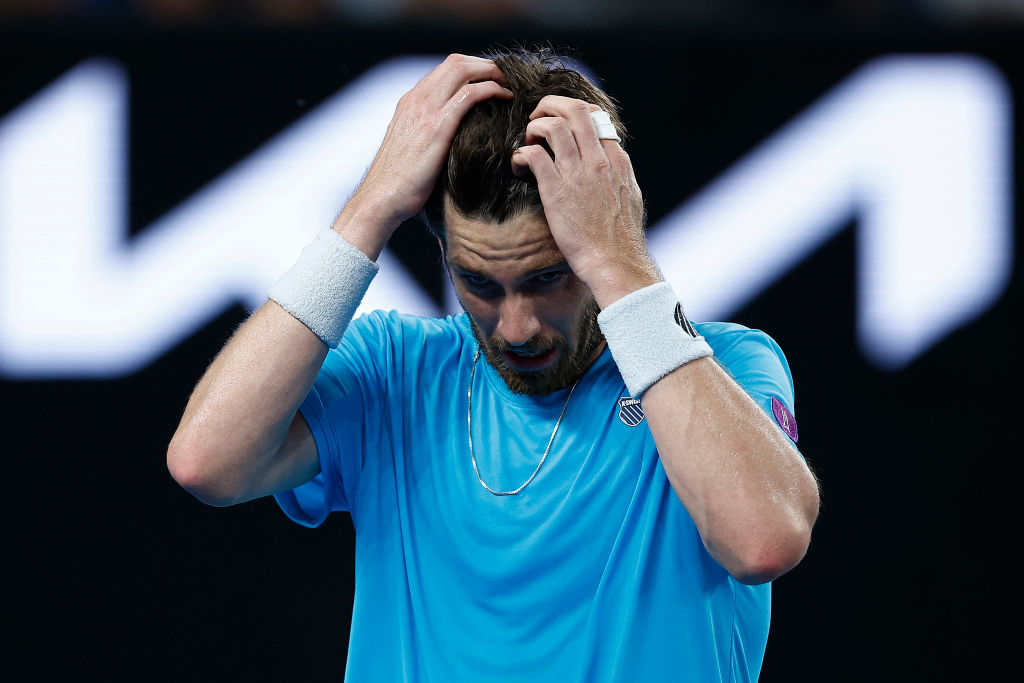 Rowdy English fans were kicked out of Court 13 at the Australian Open for brutally heckling British No.1 Cameron Norrie and his opponent.

Norrie – Britain’s best chance of landing silverware in the men’s singles at Melbourne Park this year – is currently facing Frenchman Constant Lestienne in the second round.

There were ugly scenes in the first set as a section of supporters began to target world No.55 Lestienne and the tennis player was visibly angered by the heckling, needing a toilet break to calm himself down and regain some composure. The same spectators also turned on Norrie and labelled him a ‘s*** Andy Murray’.

They were later heard chanting ‘England, England England’ – despite the fact Norrie was born in South Africa to a Scottish father and Welsh mother – and also shouted ‘Lestienne’s going home’ as they were seen being escorted out of the stands while clutching onto their drinks.

‘This is all a bit awkward with spectators heckling Lestienne after he refused to play,’ tennis commentator David Law told the BBC.

‘Lestienne’s irritation is there for all to see, he is jabbering away at the umpire, and I don’t think he wants to be out there.

‘Somebody in the crowd has just shouted ‘Come on mate, we’ve waited all day for this’.

‘The locals are not happy. Lestienne is fuming and his bad mood is about to get worse.’

Lestienne vastly improved after his toilet break and was later seen high-fiving other fans on the side of the court when he wandered over to his towel box.

Norrie, 27, ranked world No.12, is attempting to reach his maiden Grand Slam final after enjoying a run to the Wimbledon semi-finals last year.