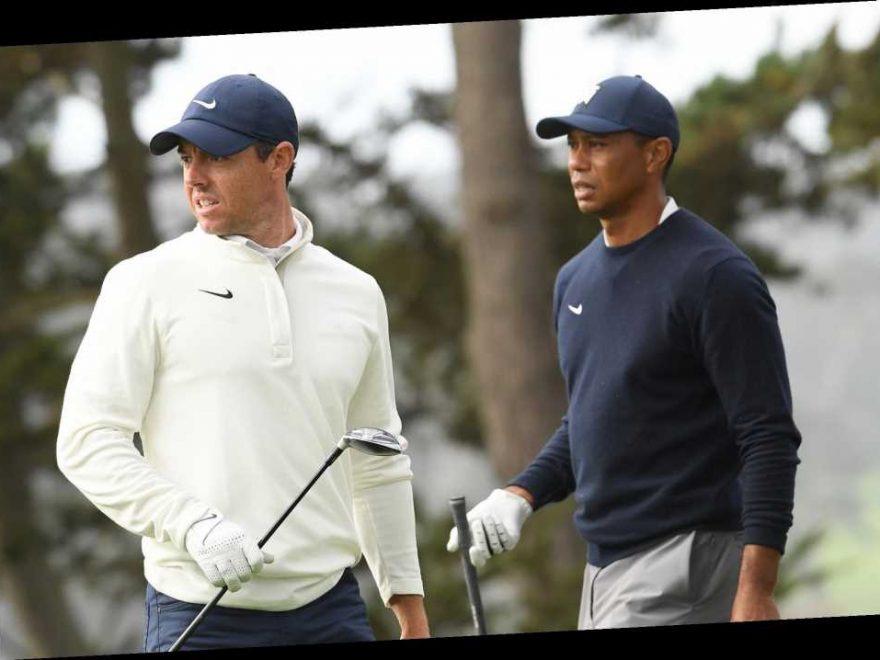 Phil Mickelson on where his game, career stands right now

AUGUSTA, Ga. — Maybe this will be Rory McIlroy’s week.

McIlroy on Tuesday related an epiphany he experienced while visiting Woods at his Florida home recently to see how his friend was recovering from the horrific February car crash that crushed his right leg.

McIlroy said he was in the family room of Woods’ home, where there’s a cabinet housing all 15 of his major championship trophies.

“That’s really cool; where are all the others?’’ McIlroy said to Woods, referring to the other 67 tournaments Woods has won in his brilliant career.

McIlroy said that was all he could think about as he drove home after his visit with Woods.

“I was thinking … that’s all he cared about,’’ McIlroy said of the major championships. “He [always] talked about these are the four weeks that matter. So, the weeks that didn’t matter, you know, he racked them up at a pretty fast clip. I’m just thinking to myself, how easy must that have felt for him if all he cared about were four weeks a year? The other stuff must have been like practice.’’

McIlroy figures he’s had enough practice at winning a Masters.

The pressure to complete the Slam was more intense at the start of the journey, after he won the 2014 British Open, which gave him three of the four major championships.

The difference with this year’s Masters for McIlroy comes in the outside expectations, which are lower than they’ve been in recent years based on his inconsistent form and him recently changing swing coaches — from longtime mentor Michael Bannon to Pete Cowen.

Perhaps with McIlroy further from the white-hot center of the radar, it will free him up this week with less pressure.

“I would agree with that,’’ he said. “I think if I contrast my few weeks leading into the 2015 Masters, coming off the summer in 2014 and going for the Grand Slam and my third major in a row and all that, it feels a little more relaxed this week, which isn’t a bad thing.

“I would have loved to have done it at this point, but I realize I’ve still got plenty more years to do it. If I were able to do it, I’d join a very small list of golfers in history that have been able to do it. I know where it would put me in the game and how cool it would be, and I would love to do it one day.

In the November Masters, McIlroy finished tied for fifth after shooting 14-under in his final three rounds after a disappointing 3-over 75 in the first round.

McIlroy does have scar tissue from 2011, when he led by one stroke with nine holes to play before a triple-bogey on the 10th turned into an 8-over-par 80 and tie for 15th.