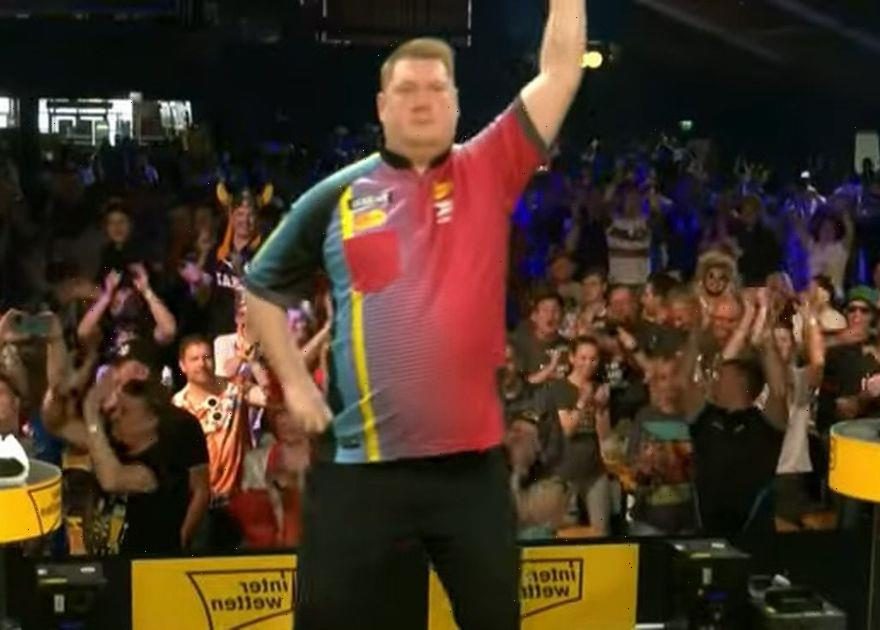 ‘Rapid’ Ricky Evans was in great form on and off the oche at the Austrian Darts Open last weekend.

One of the sport’s larger-than-life characters, Evans enjoyed an impressive run to the quarter-finals of the tournament in Graz. After dispatching Danny ‘The Mullet’ Jansen 6-0 in the third round, he was edged out in the last eight by Nathan Aspinall 6-5.

But he left fans with a particularly memorable moment to savour ahead of one of his matches, dancing down the players’ aisle to a European dance anthem, stopping for a selfie and then strutting his stuff on the stage.

After bowing out of the tournament in Austria, he tweeted: “6-5 defeat but I’m getting there, think I’ve proved this weekend the only way is back up the rankings. Best of luck too @NathanAspi, he’s a top guy & a born winner.

“I’ve loved Graz, the atmosphere was amazing…I feel like an adopted Austrian. Much love to you all (followed by a heart and an Austrian flag].”

Evans, who this week tweeted his fondness for legendary comedy duo Hale and Pace, is no stranger to comedic moments himself and regularly puts on a show for fans before and after matches.

Who is your favourite character in darts? Let us know in the comments section.

After a victory at the last World Championship, he danced to the stage to the Village People hit ‘YMCA’ before a match and performed a Cristiano Ronaldo-style goal celebration after a win, although the latter was met by boos from many fans at the Alexandra Palace.

He is known as ‘Rapid’ for a reason due to his astonishingly quick throwing action. To prove it, Evans even broke a world record – for the number of twos hit in 60 seconds, a feat previously held by comedy actor Lee Mack. Evans achieved the record by hitting a staggering 25 twos in a minute in the build-up to the World Championships at the end of 2020.

Other players to attempt the record – Luke Humphries (20), Michael Smith (18) and Damon Heta (18) – were left trailing in his slipstream.