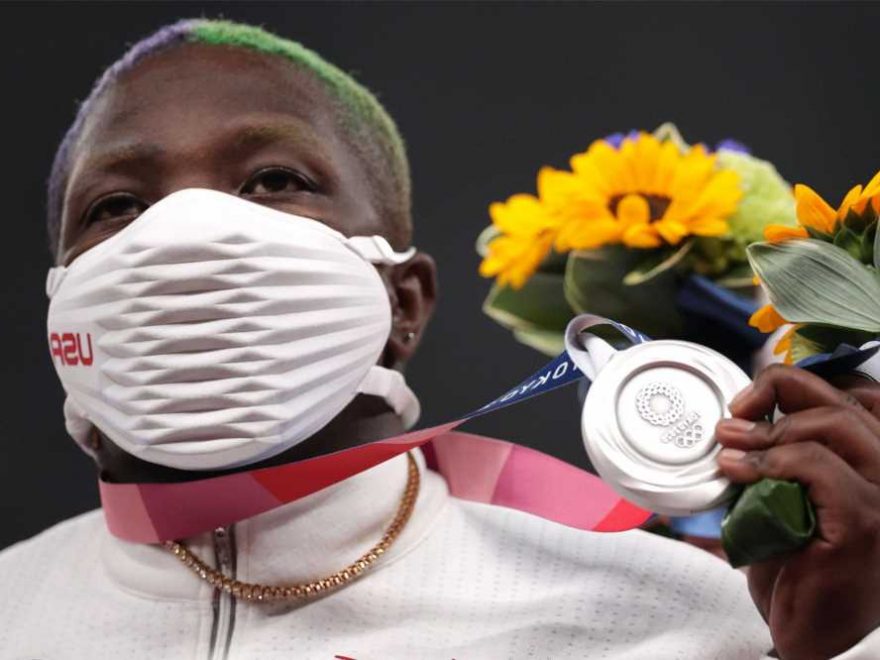 Raven, who stirred up controversy by making a symbol of protest during Sunday’s medal ceremony, confirmed the heartbreaking news in a Twitter post.

“My mama was a great woman and will forever live through me,” she said. “My number one guardian angel. I will always and forever love you.”

Clarissa died in Orlando, Florida, The Post and Courier reported. The mother had been staying in the city for Olympic viewing parties with other families of US athletes.

“It’s just a terrible blow for Raven and her family,” the Olympian’s longtime coach Herbert Johnson told the newspaper.

Raven won silver with a 19.79 meters toss in the shot put final.

The International Olympic Committee is investigating whether the gesture violated “Rule 50,” which prohibits medal ceremony protests.

Raven said the gesture was to support oppressed people “all over the world.”