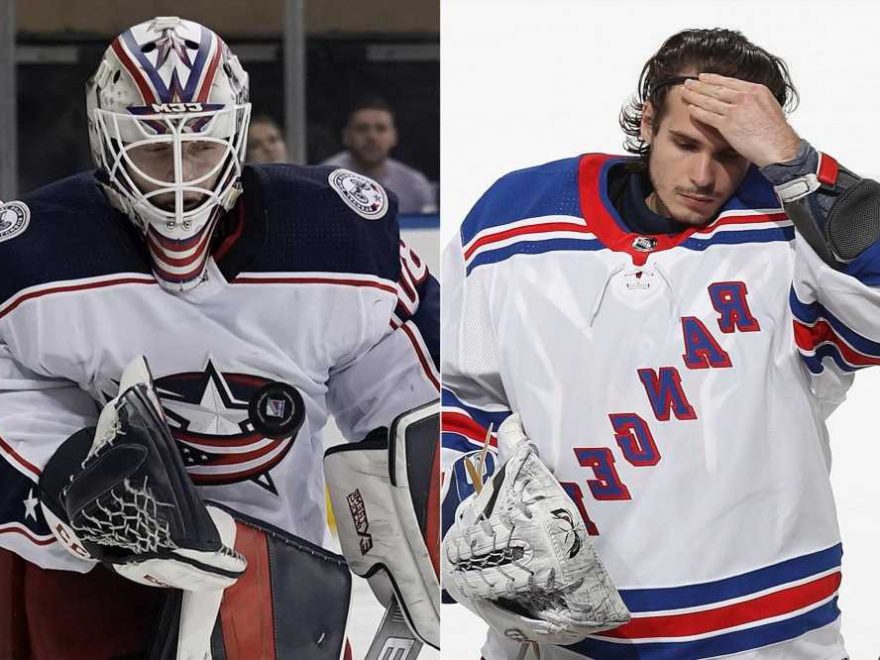 Rangers will have to lose players to make offseason noise

As the hockey world mourns the loss of Blue Jackets goalie Matiss Kivlenieks, who passed away after a freak firework accident Sunday night, the Rangers’ Alexandar Georgiev chimed in with some heartfelt words for his fellow netminder.

“I always had so much respect for him,” Georgiev wrote in an Instagram story Monday morning. “Same age as me, undrafted goalie chasing his dreams against the odds. You inspired many, Rest in Peace Matiss.”

Kivlenieks, who recently competed for his native country Latvia at the IIHF World Championship, died from chest trauma as a result of a fireworks blast, according to the AP. In a statement Monday morning, the Blue Jackets said medical personnel was called to attend to Kivlenieks, but he succumbed to his injuries a short time later. He was 24.

Several of Kivlenieks’ current and former Columbus teammates have spoken out in wake of the tragic accident, as well as many others across all different hockey leagues.

“Words are hard to find right now, but the day we put the same jersey on meant that we would be family forever,” Blue Jackets forward Nathan Gerbe said. “When my kids play Kivi ‘the kid’ in goal it will have a greater meaning!! RIP kid, love you brother.”

Added former Columbus captain Nick Foligno: “Seeing all the beautiful tributes to Matiss only further cements what kind of person he was! What a tragic loss for all of us who knew him and I am thinking and praying for his family. Heaven gained a darn good goalie and better person…Just, way too soon. RIP Kivi.”

The Blue Jackets started the hashtag #SticksOutforKivi, and many fans have put their hockey sticks outside their homes in honor of Kivlenieks.