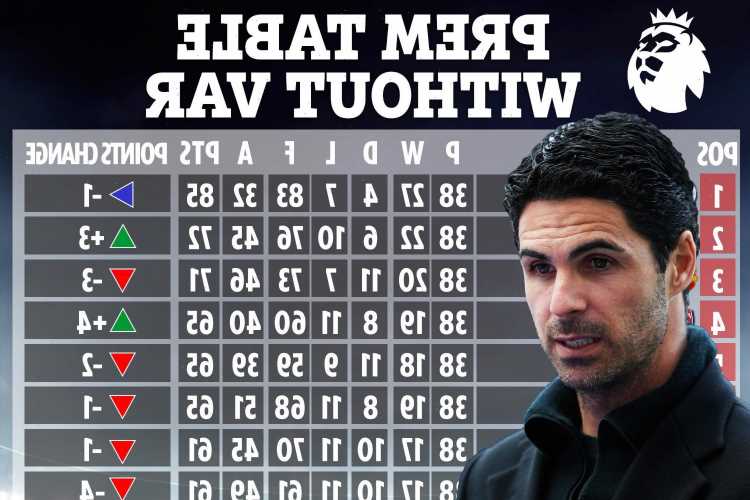 ARSENAL would have finished FOURTH without VAR this season.

A SunSport study of all the decisions overturned by Stockley Park shows the Gunners were the biggest “sufferers” from the system. 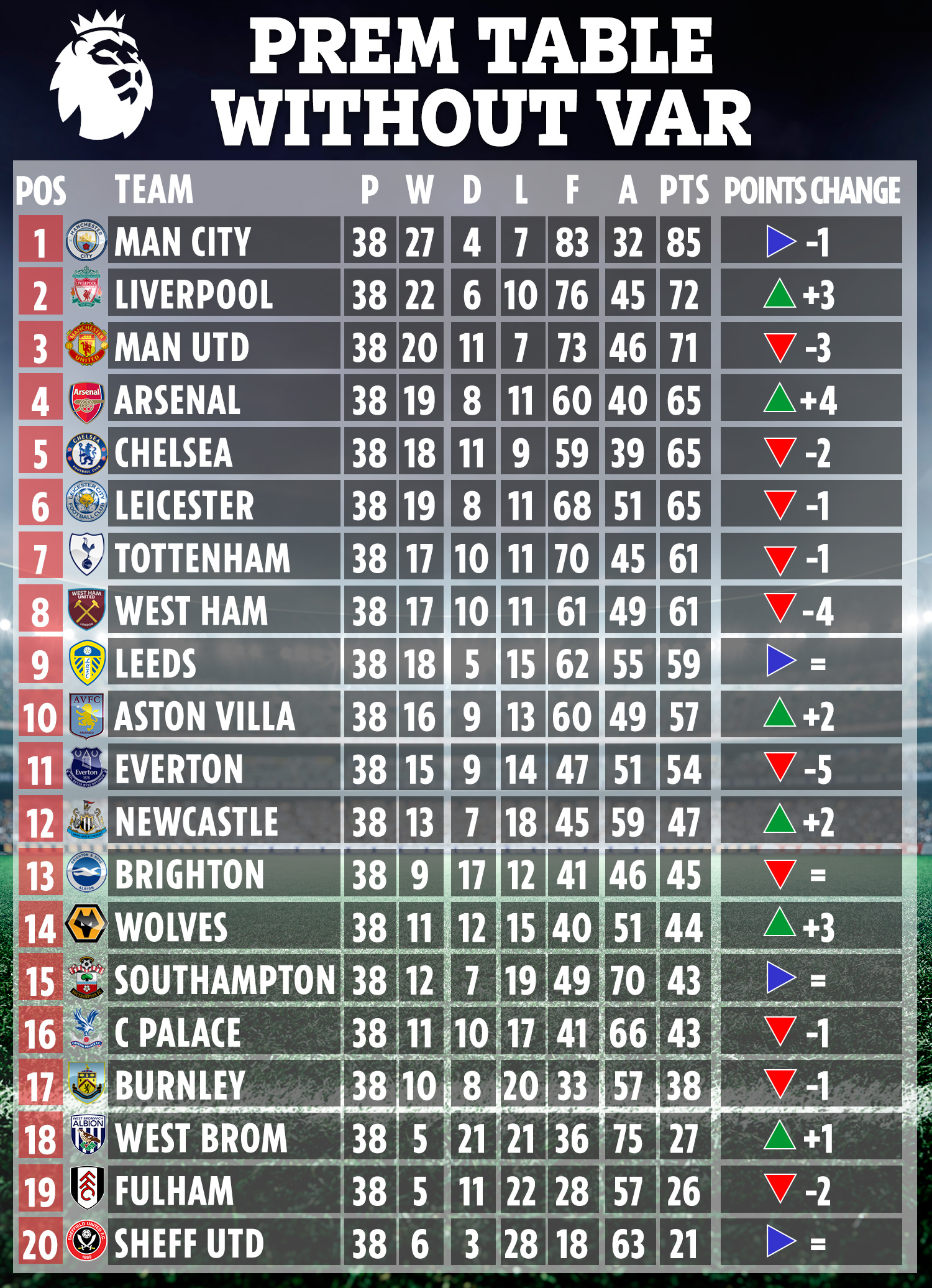 If all on-field original decisions had stuck, Mikel Arteta’s men would have earned four more points.

That would have been enough to take them above Tottenham, West Ham AND Chelsea and steal the final Champions League spot.

Instead, Arsenal finished eighth and OUT of Europe for the first time since 1995-96.

According to SunSport’s statistics, the final table would have shown a number of differences if VAR was not in operation.

Liverpool, five points adrift of Manchester United in the actual table, would have swapped places with the Old Trafford side to take second, although still 13 points behind champions Manchester City.

And West Ham, thrilled by the prospect of Europa League football, would have finished OUTSIDE the European spots on goal difference behind Spurs. 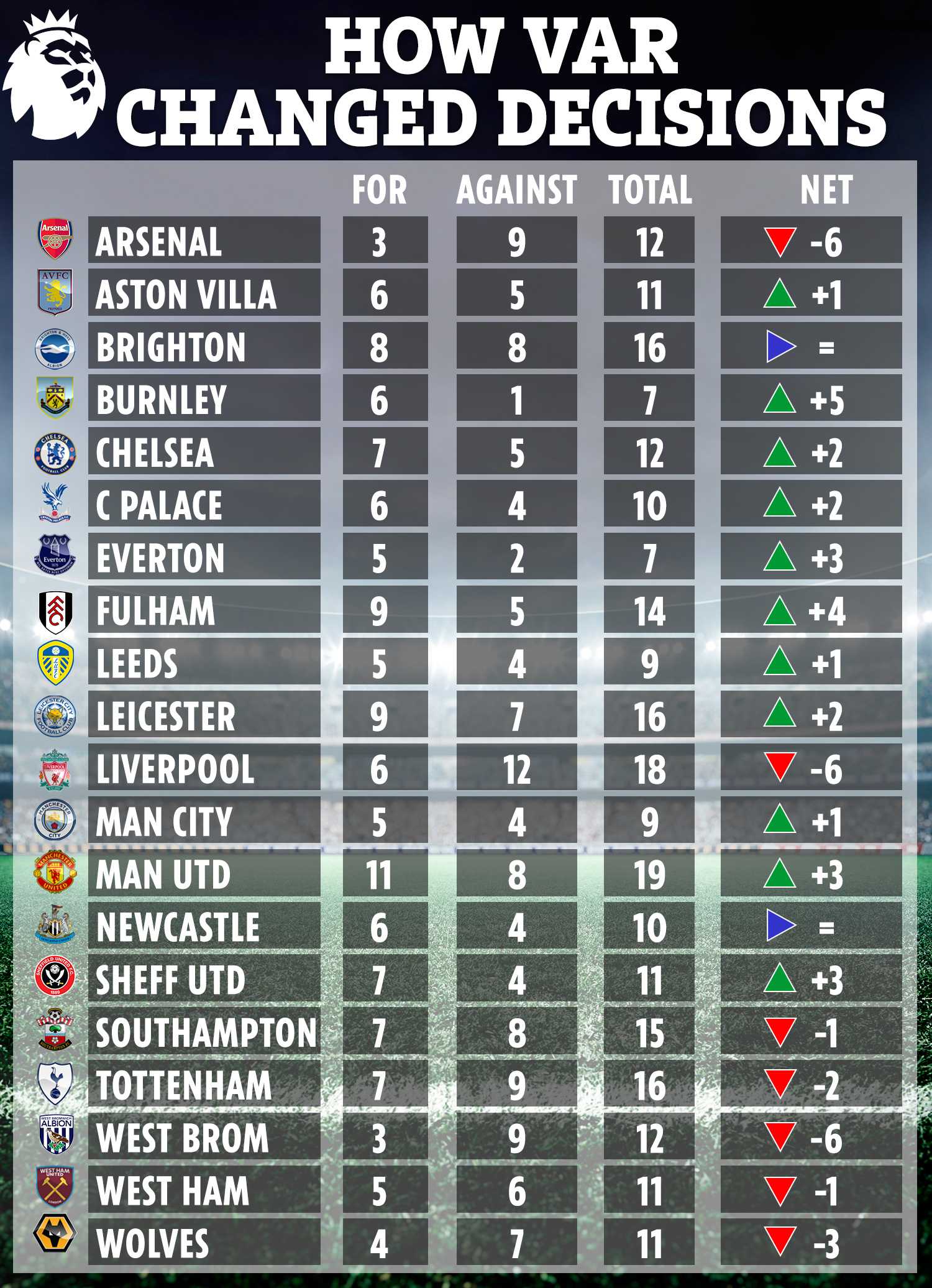 In total, there were 123 decisions changed over the course of the season, with 42 goals disallowed, 29 penalties awarded and 22 spot-kicks waived.

There was also 17 red cards awarded after VAR intervention.

Arsenal’s “net score” of minus-six on total VAR overrules – with three decisions changed in their favour and nine against – contributed to a loss of four points over the entire campaign.

With those points, Arteta’s side would have edged out Chelsea for fourth on goals scored by a single strike, with both having a goal difference of 20.

Liverpool, who had a league-leading 12 VAR decisions against them, compared to just six in their favour, lost three points.

Manchester United enjoyed the most fortune from Stockley Park, with 11 changes in their favour and eight going against them, giving them three points more than they would have had without VAR. 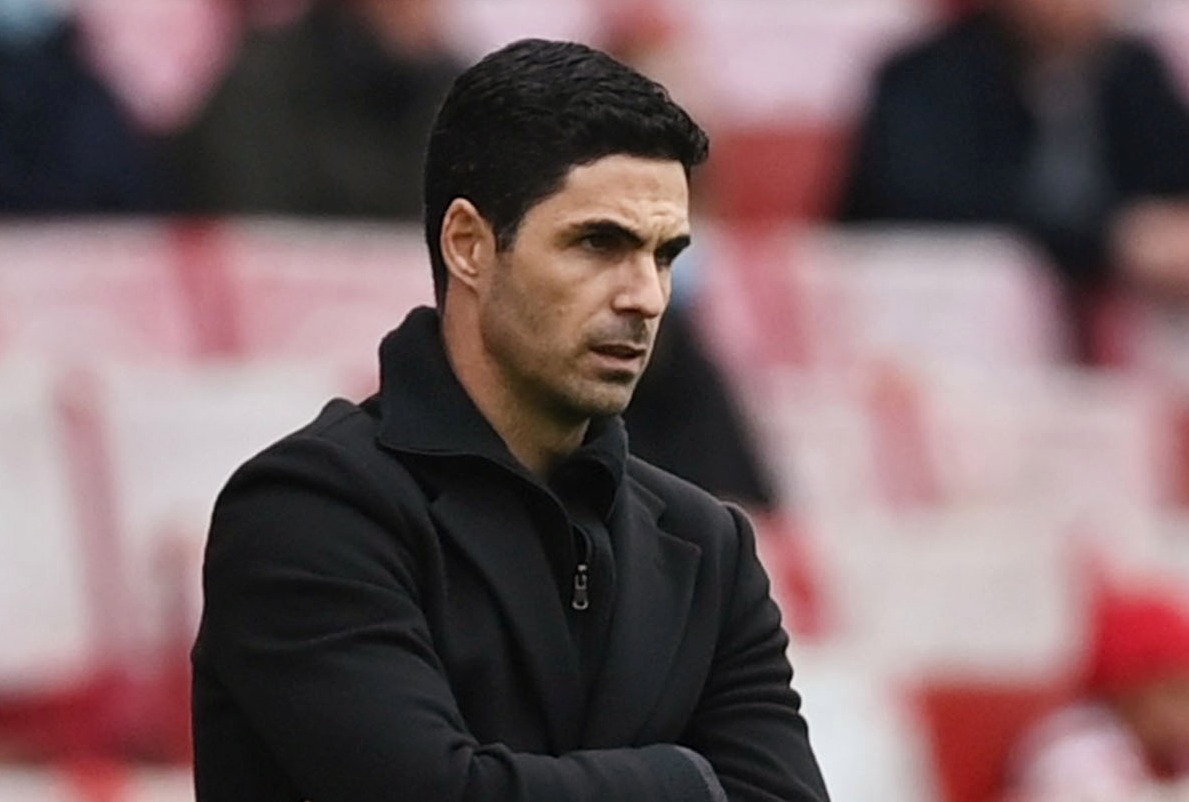 Burnley, who had six calls in their favour and one against, were the biggest beneficiaries in terms of net decisions, although it would have no impact on their 17th-placed finish.

Aston Villa, who survived last season because of that astonishing goalline technology blunder in the first match of Project Restart, would have leapfrogged Everton to earn a top-half finish without VAR, with Brighton up from 16th to 13th.

And while the bottom three would, unsurprisingly, have still been relegated, West Brom would have finished a place and a point ahead of Fulham, rather than one behind.