It is the first time fans, 2,500 of them, have been allowed inside a stadium since last season was suspended in March. 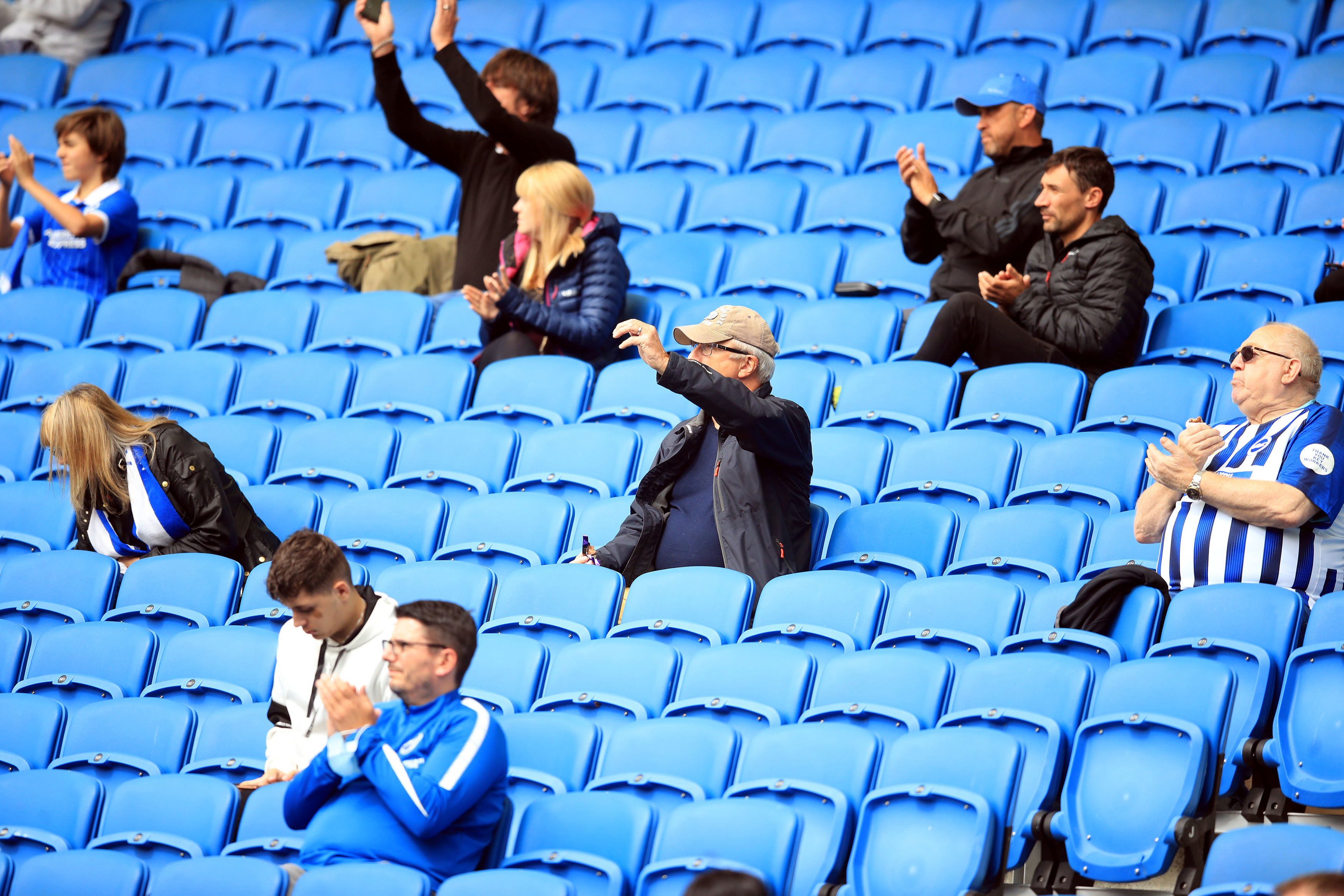 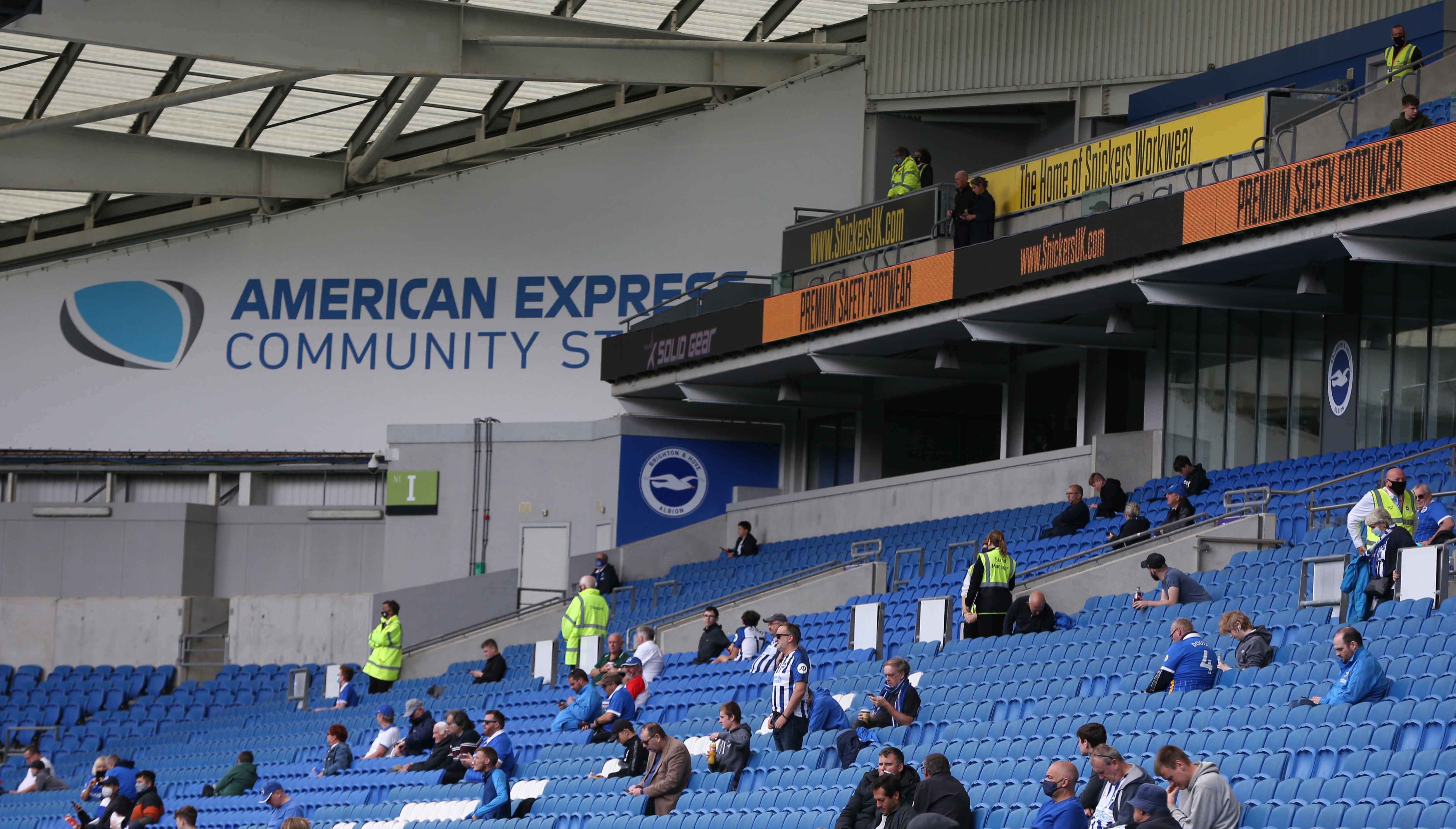 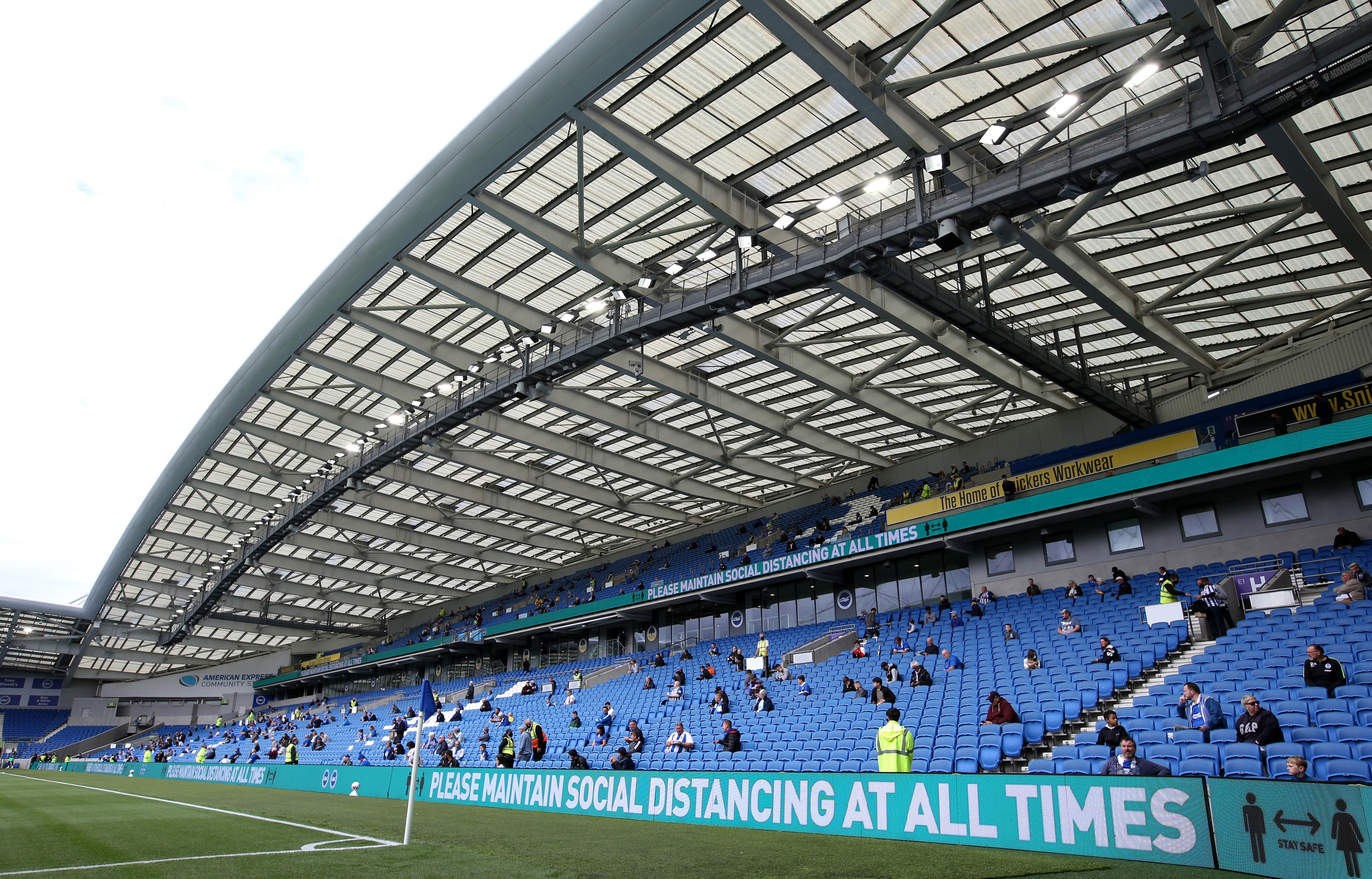 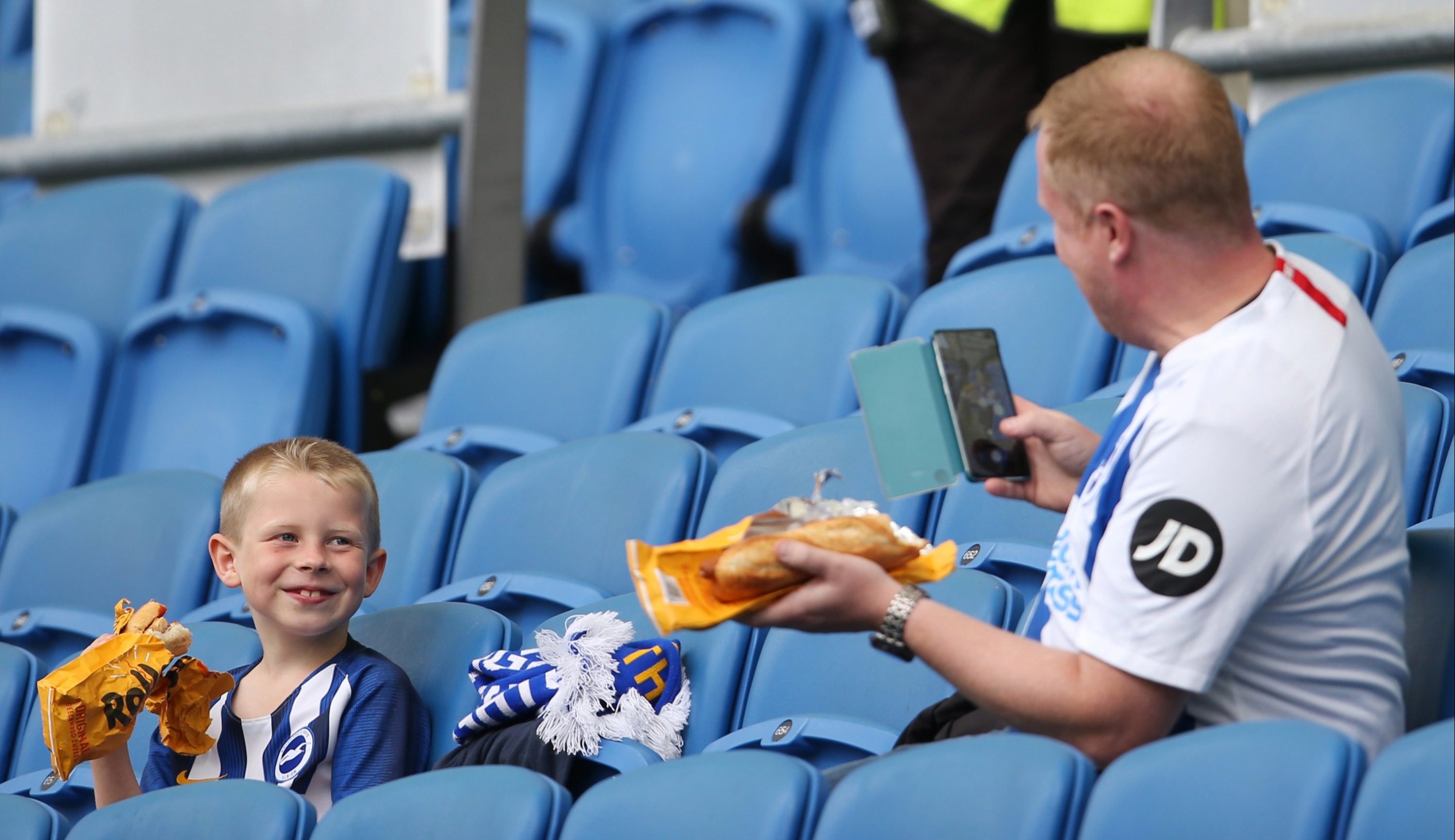 It is part of a government pilot scheme to test how sporting venues can cope with crowds while safety measures are still in place.

A range of measures are in place to maximise safety including socially-distanced seating, random temperature checks and the enforcement of face coverings in concourse areas.

Though singing is NOT banned as the Seagulls attempt to make the experience as enjoyable as possible. 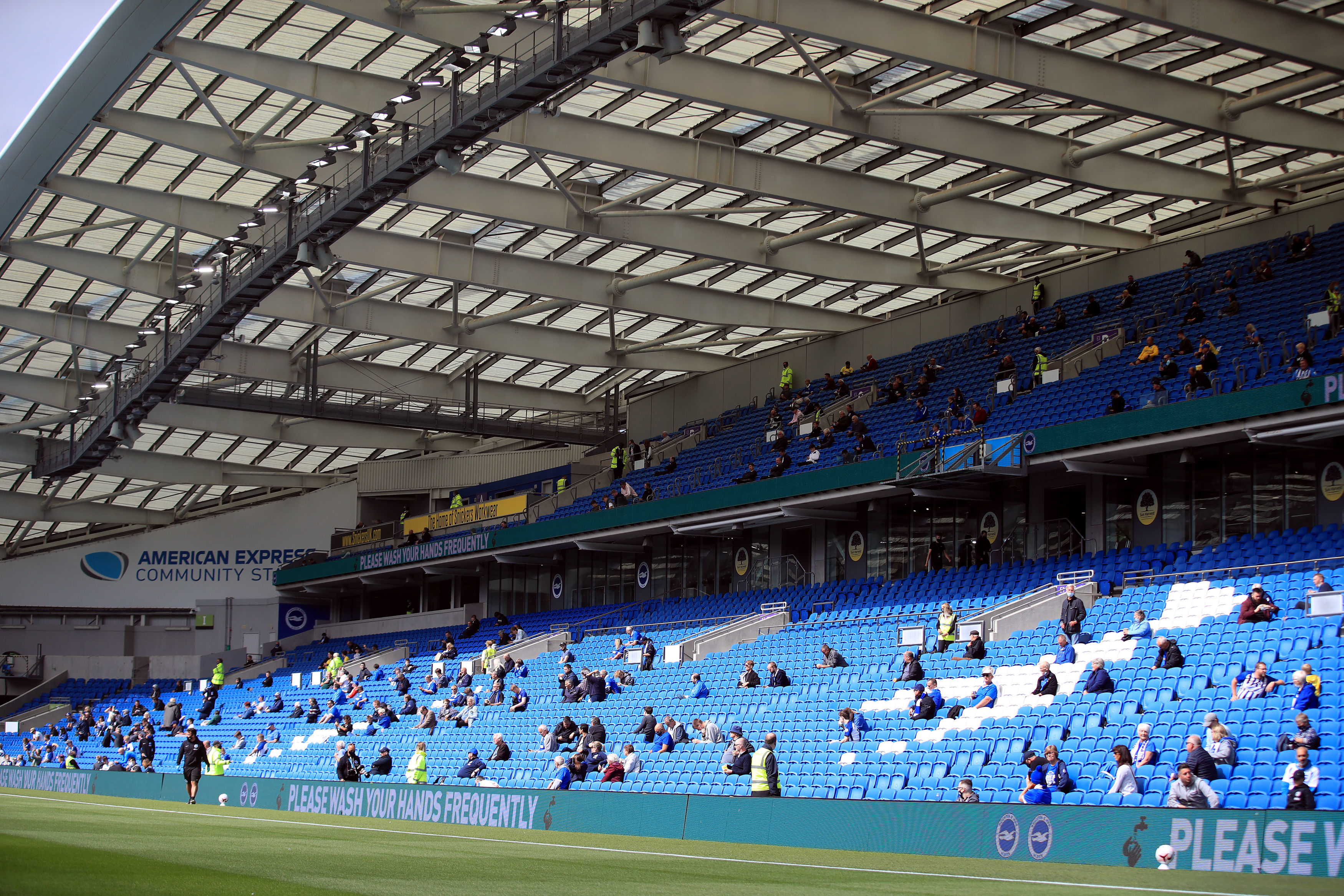 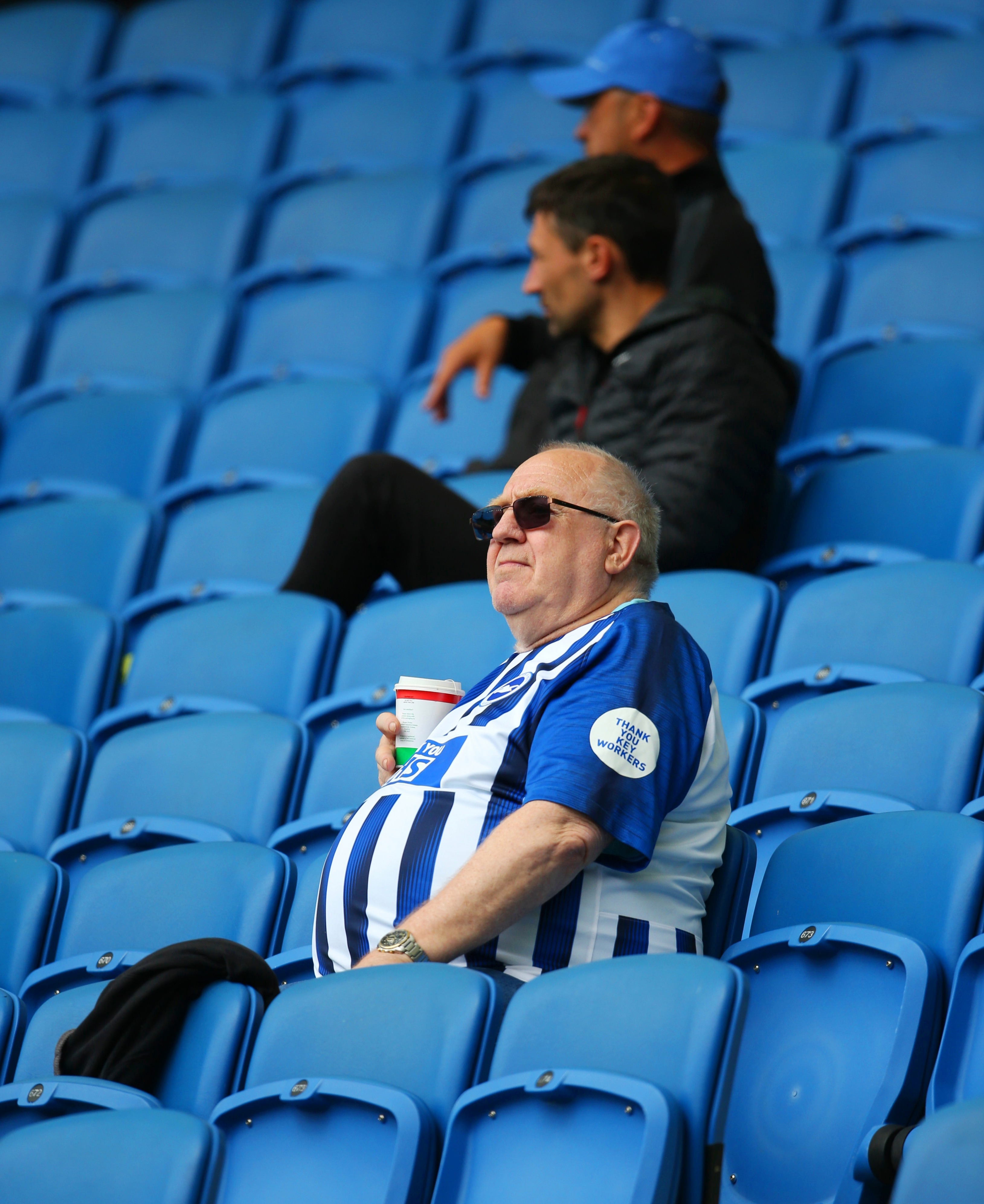 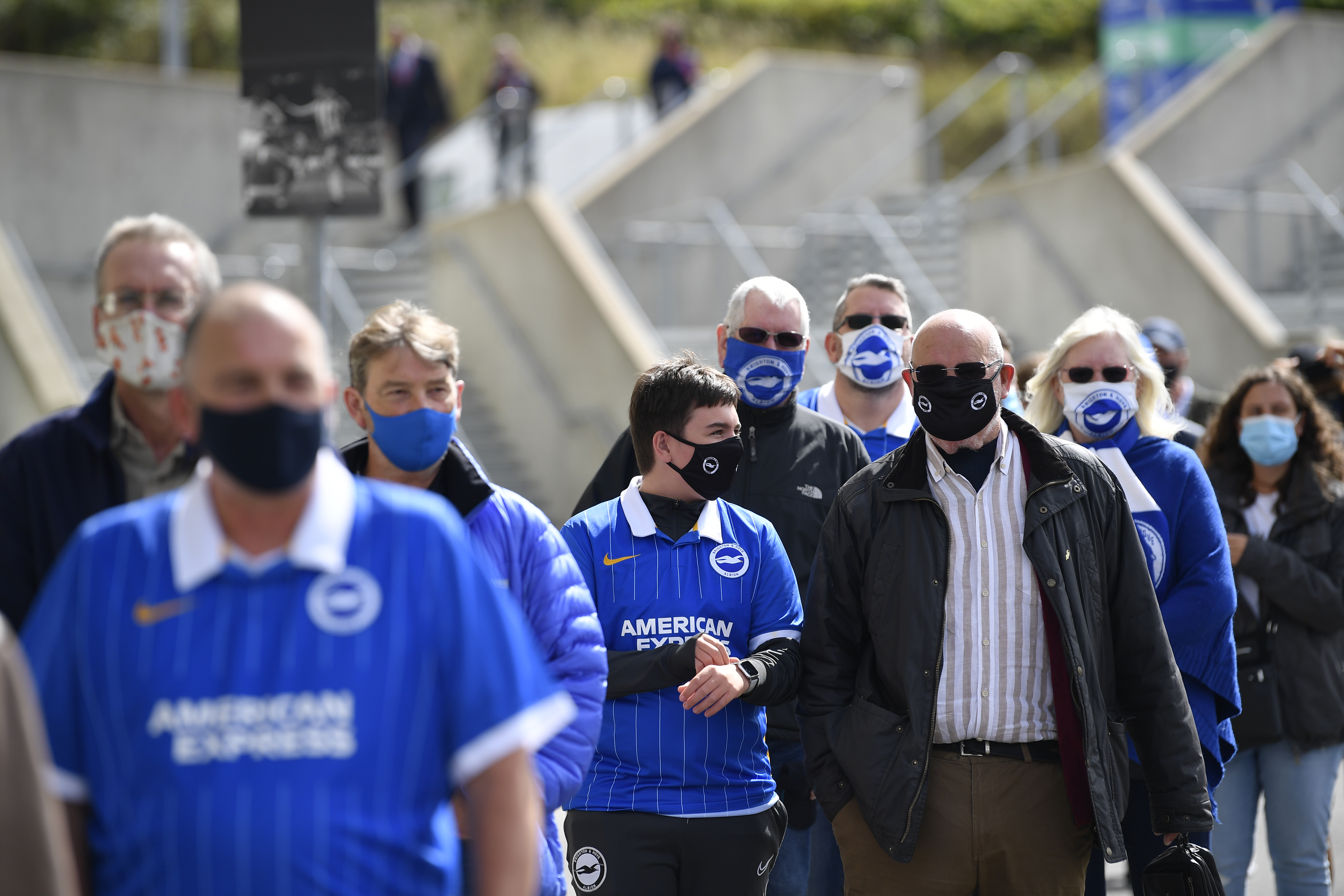 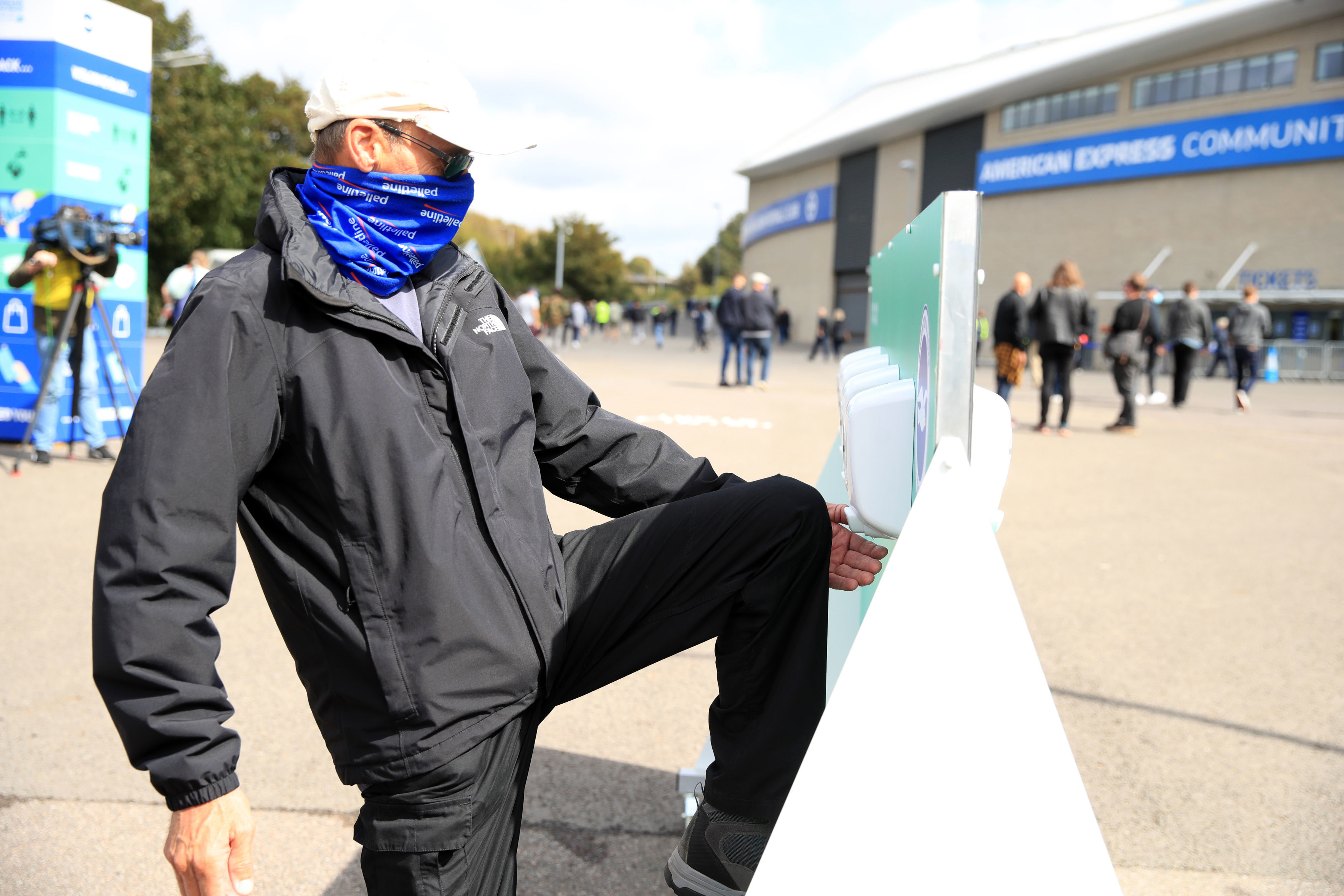 The Seagulls have significantly scaled up their cleaning operations around the Amex for the game and sanitising stations will be available across the stadium, including on entry to all turnstiles.

Supporters are discouraged from bringing bags to reduce need or time for searches and will be subject to a temperature check on entry.

Only the named owner of the ticket will be permitted – transfer of tickets is strictly forbidden – with photo ID needing to be shown on entry. All payments will be cashless around the ground.

Face covering must be worn at the stadium, unless fans are in their seat or while eating and drinking. 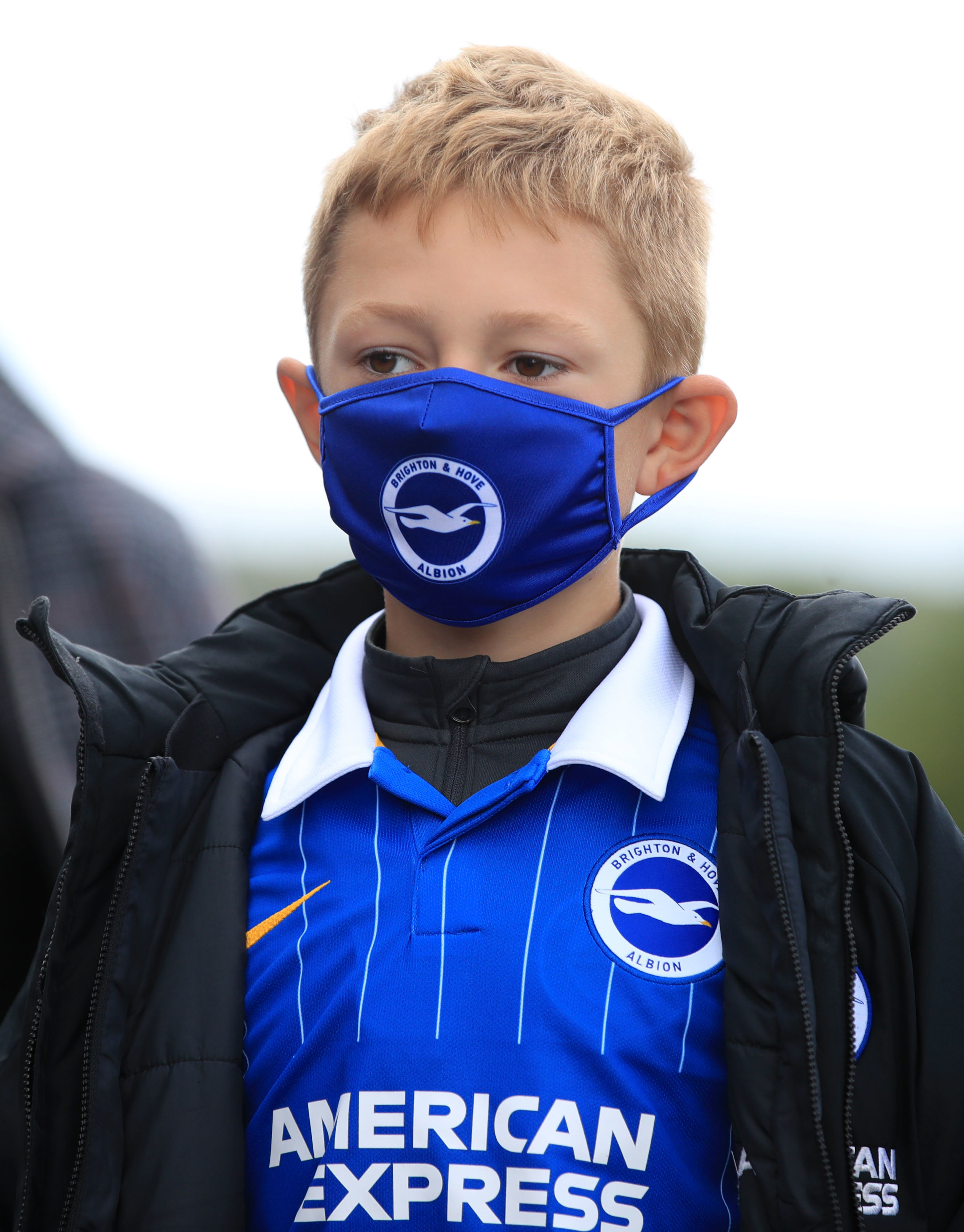 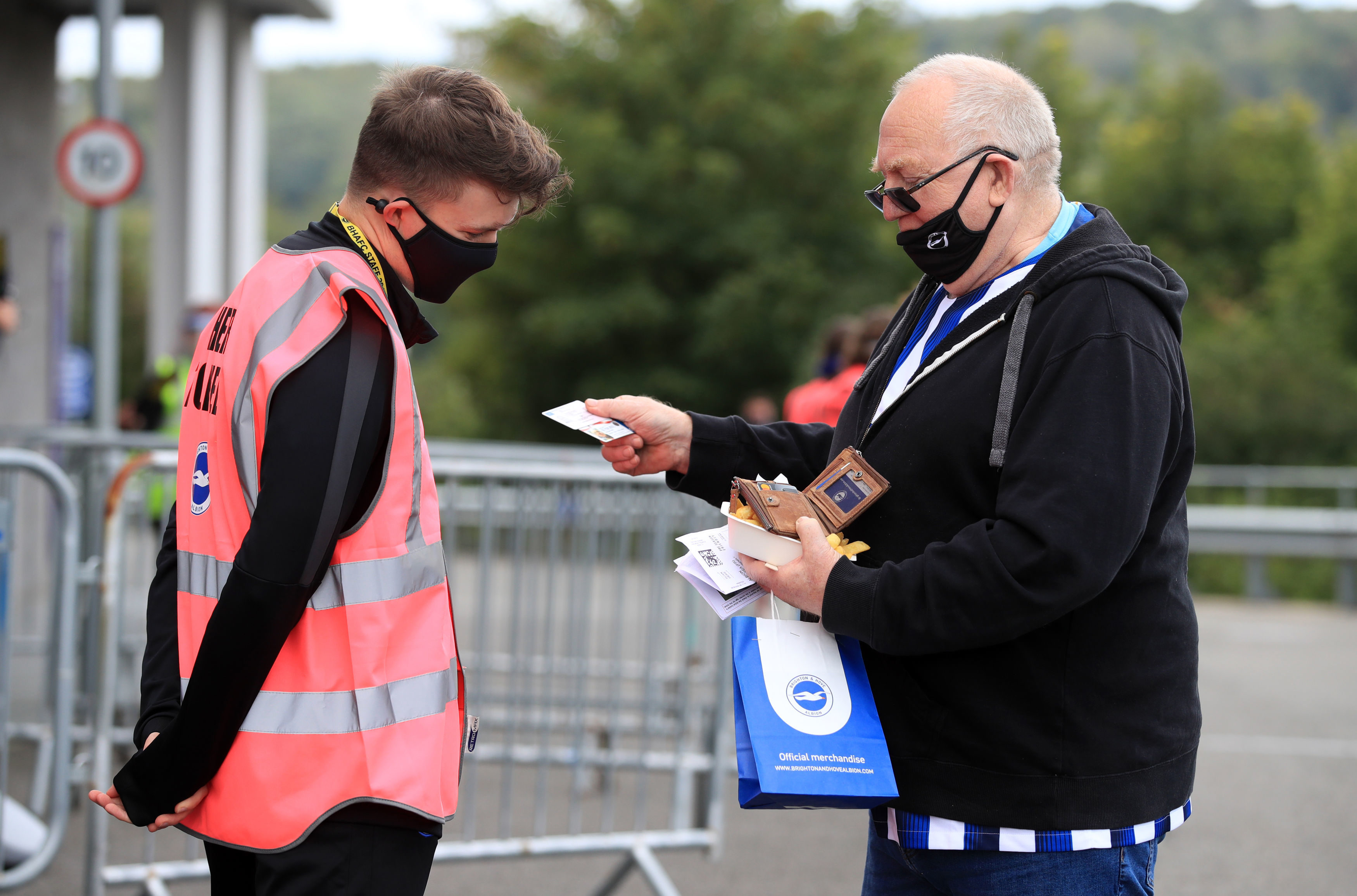 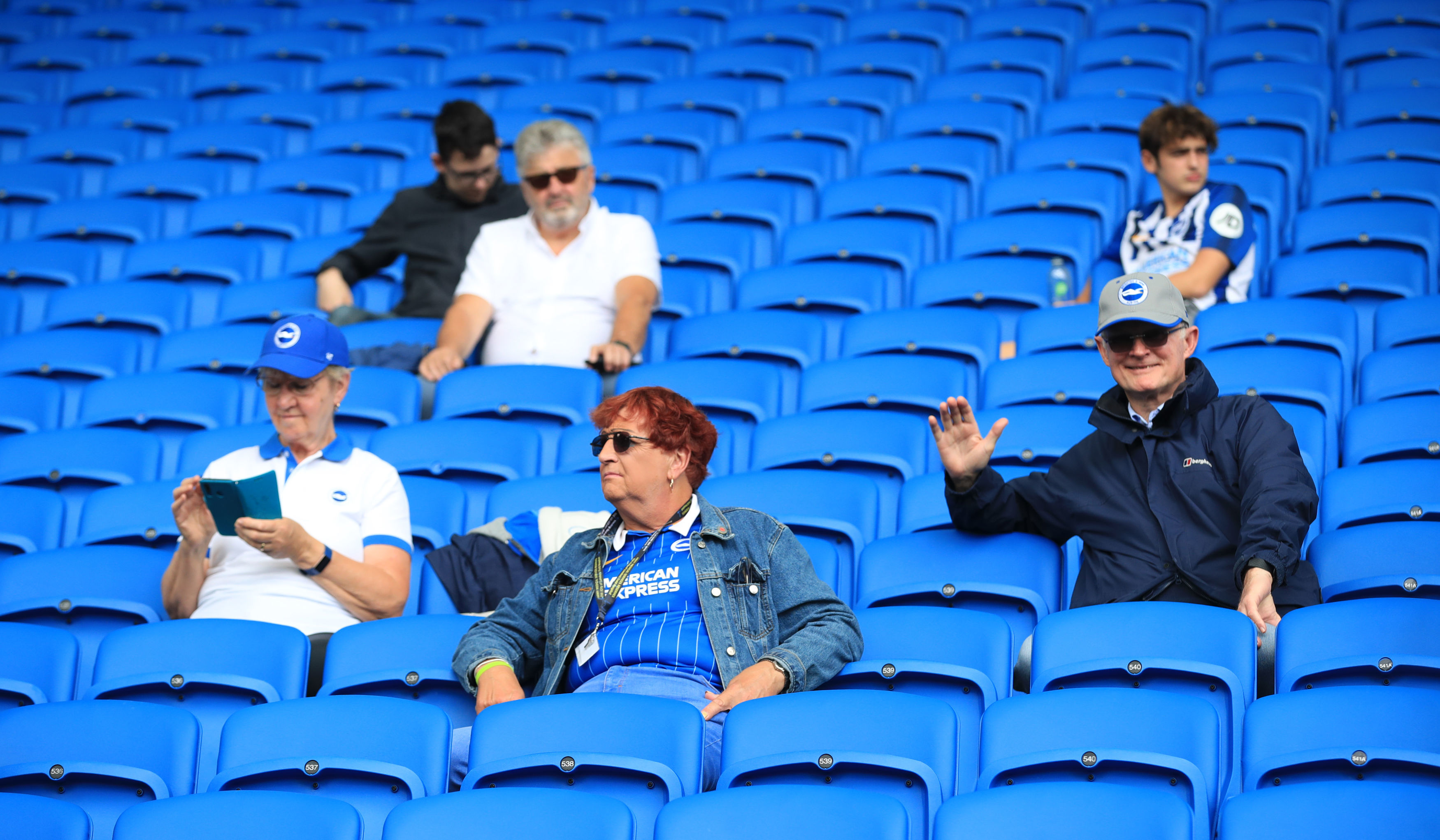 Supporters, who have been placed in the East Stand, opposite the players’ bench, and part of the South Stand, must socially distance and ensure they only sit in the seat allocated to them.

Every fan will sit individually, regardless of whether they come as a group, with at least three empty seats between them per row.

As part of the pilot programme, fans will also be allowed at a women’s friendly in Lewes, near Brighton, on Sunday, West Ham and Arsenal’s WSL game and non-league finals day.

The Harlequins-Bath Premiership rugby clash at Twickenham Stoop on September 5 will also allow spectators, while some Bob Willis Trophy and T20 Black cricket matches have been included. 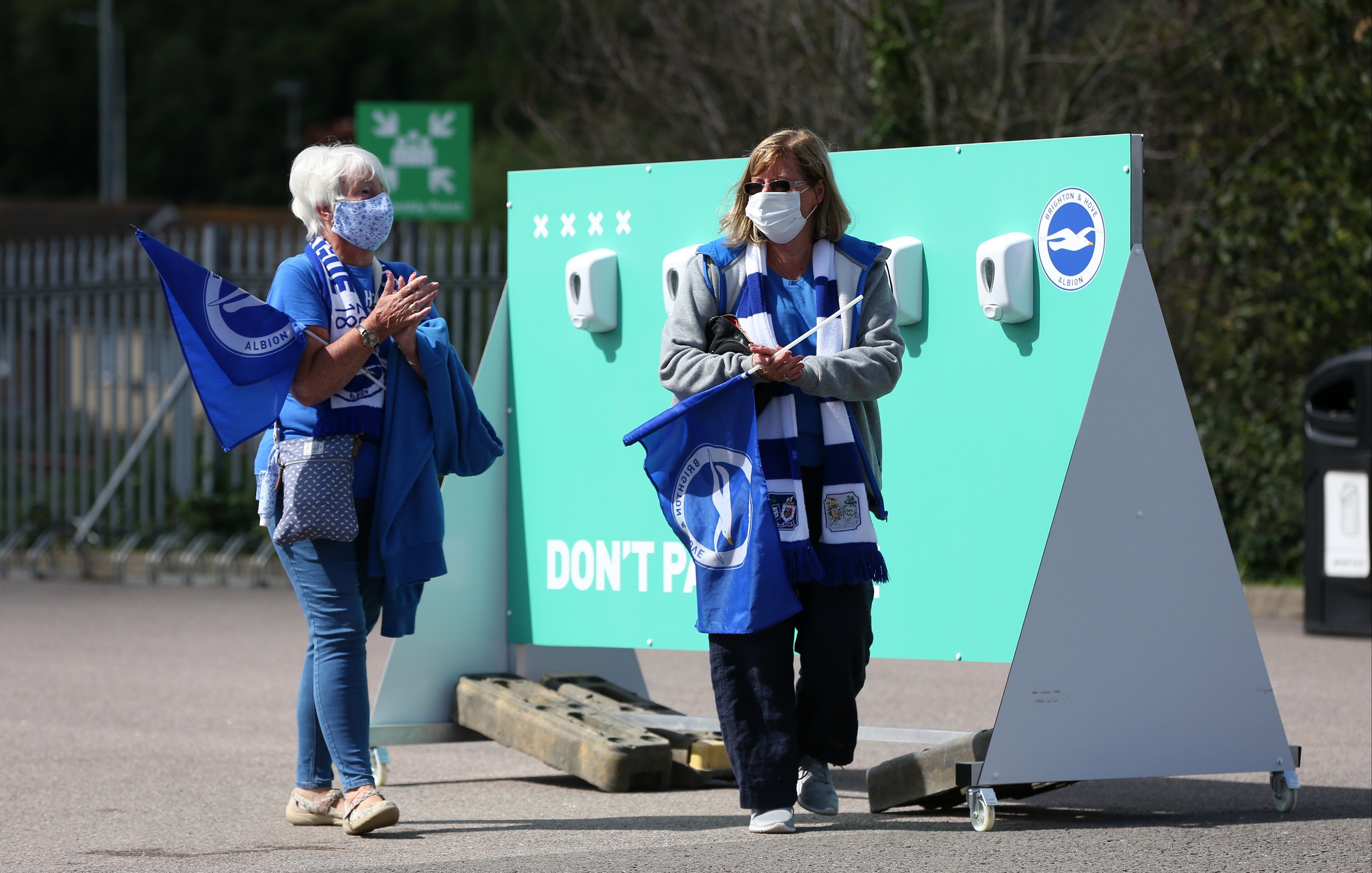 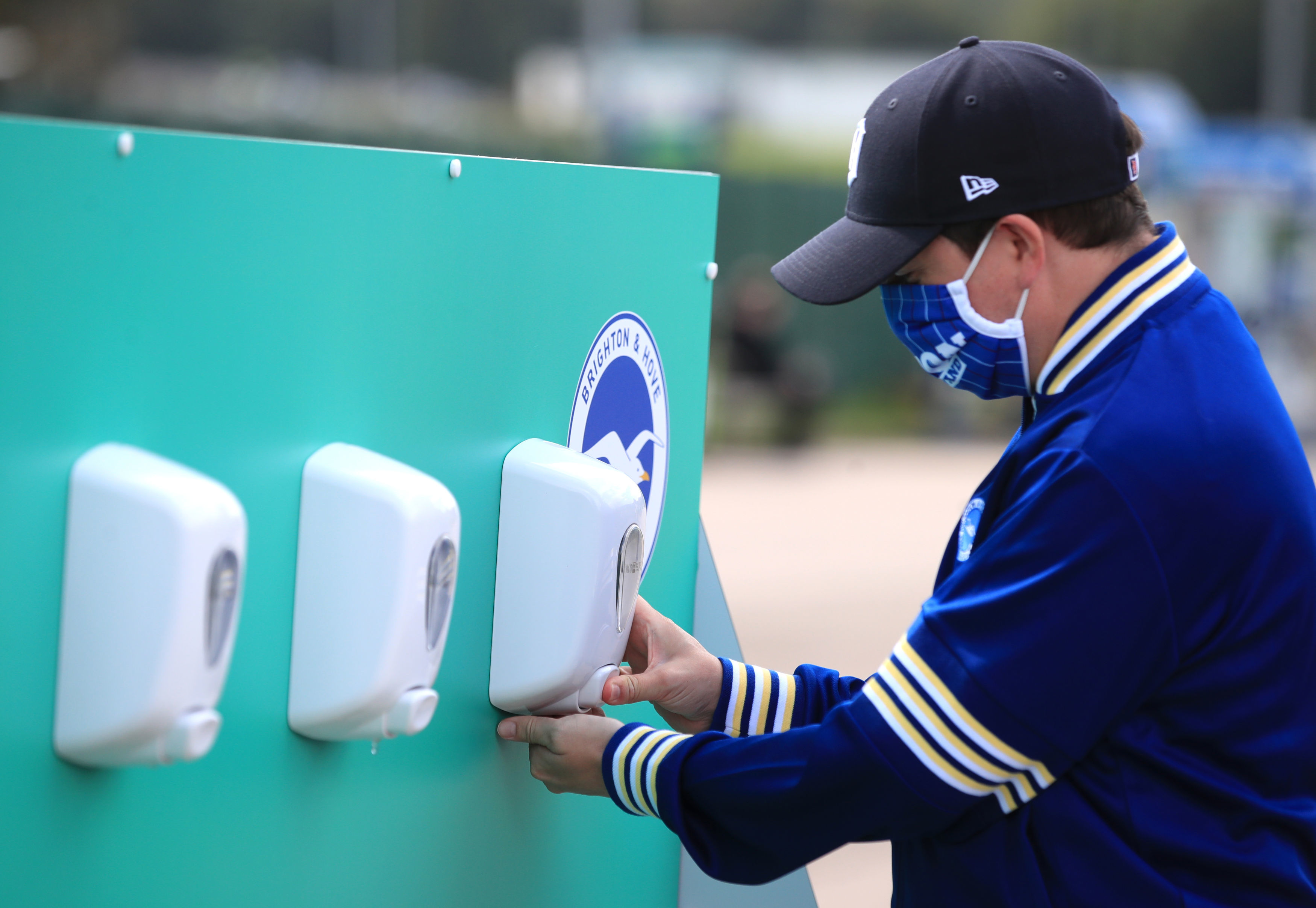 Last month the government cancelled a previous pilot scheme after a spike in Covid cases.

SunSport exclusively revealed how EIGHT Chelsea players are in quarantine amid a coronavirus outbreak at the club.

England stars Mason Mount and Tammy Abraham plus Fikayo Tomori and Christian Pulisic are in isolation under Government guidelines.

Jorginho, Ross Barkley, Emerson and Michy Batshuayi have also been placed in quarantine and are missing pre-season.

Mount and Pulisic, both 21, and 22-year-olds Abraham and Tomori went on holiday to the Greek island of Mykonos before pre-season training began last weekend.

Abraham, Pulisic and Tomori even posed for pictures together as they relaxed in the sunshine.

None of them reported for duty at the Blues’ Surrey training ground yet in order to minimise the risk of any potential infection.

Chelsea would not comment on whether the players involved have tested positive or negative for coronavirus but it is known there are a number of cases at the club.