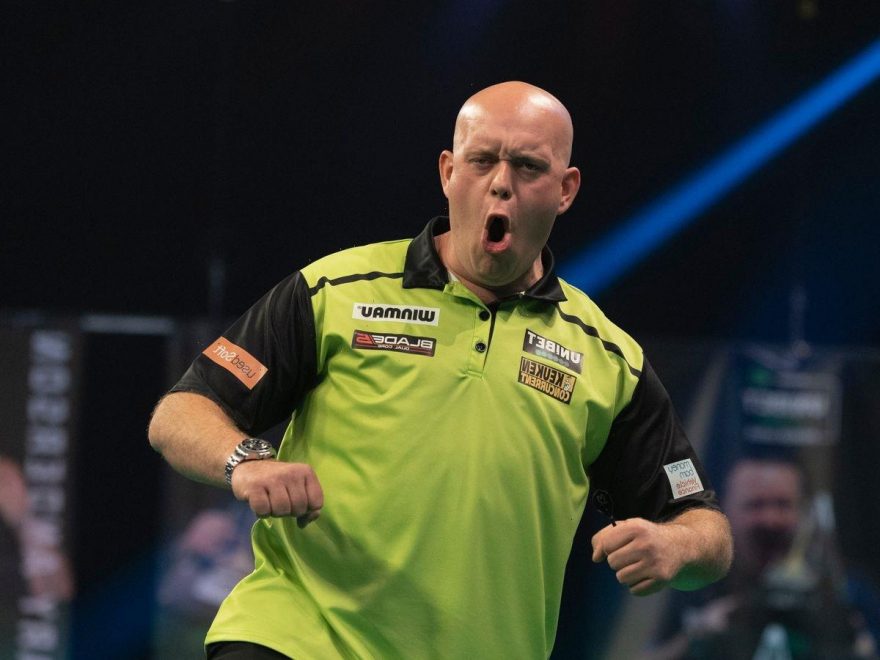 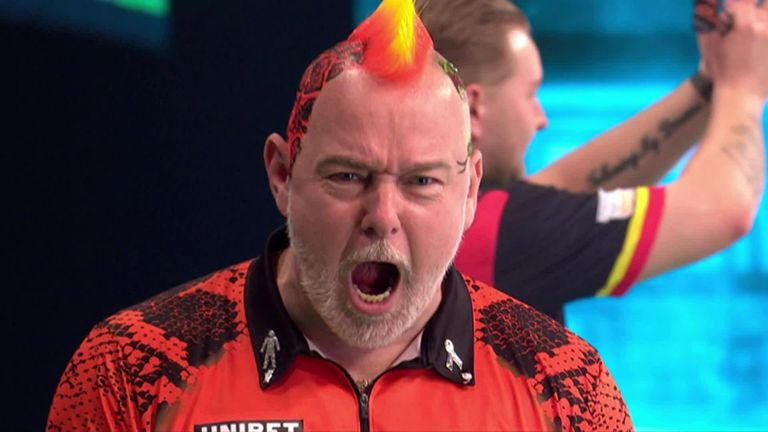 Monday’s action saw more than 600 fans in attendance at the Marshall Arena as spectators were welcomed back to a Premier League Darts event for the first time in over a year, and the Milton Keynes crowd were treated to another pulsating night on Tuesday.

The headline act saw Van Gerwen and Anderson renew their rivalry in a battle of the former Premier League champions, but ‘The Green Machine’ recovered from a lacklustre start to prevail; winning six of the final seven legs to end Anderson’s top-four bid.

Jose de Sousa remains on course to seal a place at Finals Night on debut after claiming his second straight victory, while Nathan Aspinall slipped to second after being frustrated by James Wade in the evening’s opener.

However, Dimitri Van den Bergh’s play-off hopes were dealt a major blow in arguably the match of the night, as Peter Wright produced a sensational comeback to stun the Belgian, who succumbed despite averaging almost 107.

With just two rounds of fixtures remaining before Finals Night on Friday, ticket sales for the tournament’s finale are already approaching 1,000, as the Premier League welcomes its first crowd since March 2020 in Liverpool. 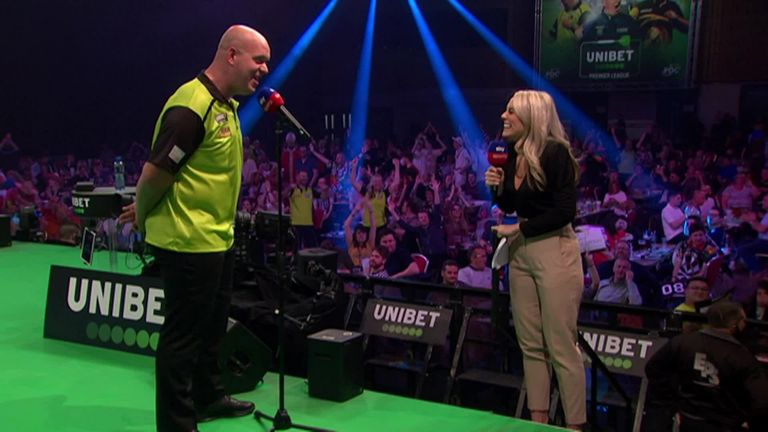 Michael van Gerwen booked a return to the Premier League Play-Offs after an 8-4 win over Gary Anderson moved him to 19 points and back to the top of the table.

Nineteen points has been enough to reach the final night for every year since 2003, but having missed out on a place in the top four last year – there is an extra determination in the Dutchman’s step as he chases his sixth title.

Van Gerwen’s three-match winning run was halted by an inspired Aspinall on Monday night and he looked to be in for a battle as the first six legs were shared with his fellow former Premier League champion. 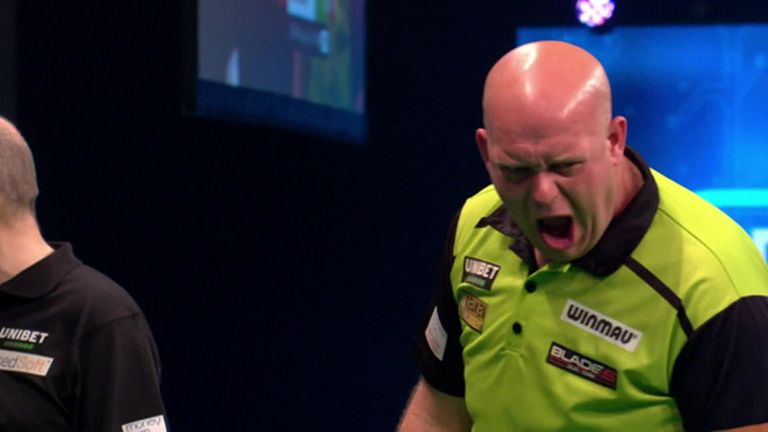 Amid a flurry of big finishes, the standard rose before a three-leg burst from Van Gerwen showcased his very best and ensured he was on the way to victory.

He started with six perfect darts and an 11-dart break, added a 76 finish and then another 116 checkout to move 6-3 in front before Anderson responded with a break of his own, thanks to a classy 138 finish which checked MVG’s progress.

It merely delayed the inevitable as Van Gerwen secured a point with a 13-dart leg for another break of throw and then wrapped up the win when he pinned double one for a win. His place in the last four was confirmed when Wright toppled Van den Bergh

The Special One fends off The Ferret 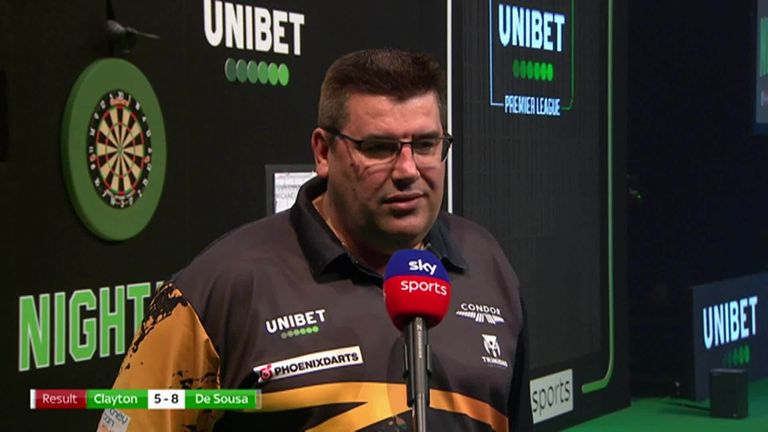 Jose de Sousa cemented his place in the top four with a battling 8-5 victory over fellow debutant Jonny Clayton, who remains in the top four following Van den Bergh’s defeat to Wright.

‘The Ferret’ had won six of the pair’s seven previous meetings, and their Night Three clash saw the Welshman land a spectacular nine-darter en route to victory, but ‘The Special One’ gained revenge to extend his unbeaten run to six matches.

Clayton finished magnificently in his 8-1 demolition of Gary Anderson 24 hours earlier and he underlined his intent with a 102 combination to draw first blood against Portugal’s Man O’Scores. 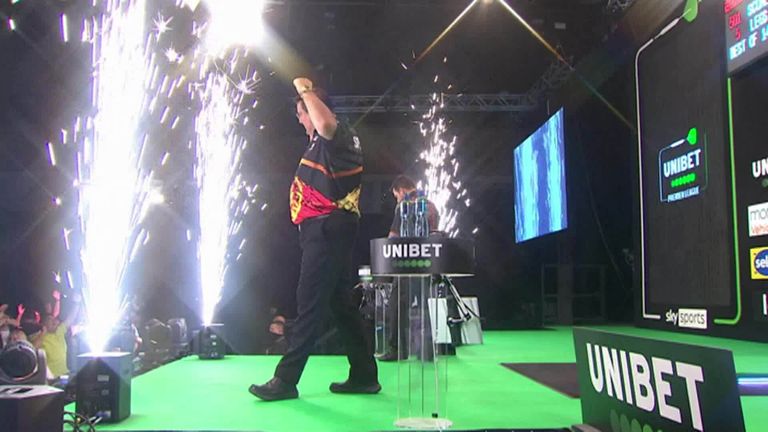 De Sousa won four of the next five legs to establish control, before the pair traded three successive ton-plus finishes, Clayton taking out 106 and 111 checkouts, with De Sousa converting a 106 kill of his own.

However, the Welshman squandered one dart at tops to level proceedings in leg 10, and this proved to be his final opportunity on the De Sousa throw, as the Grand Slam champion’s superior scoring power paid dividends. 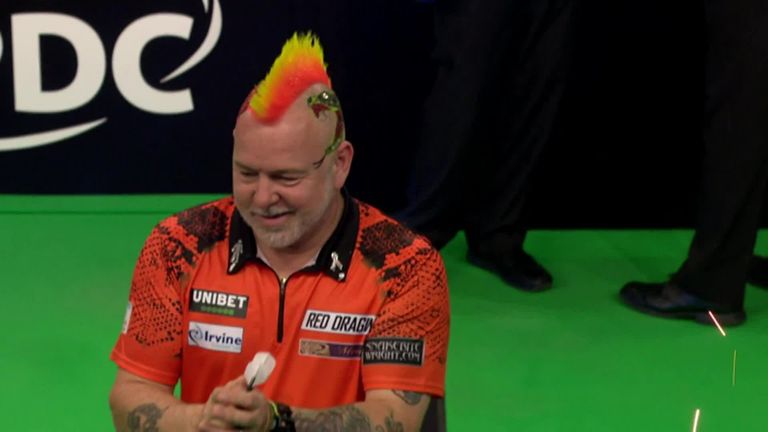 ‘Snakebite’ began the final week of league action rooted to the foot of the table, but consecutive wins over Wade and Van den Bergh has seen him climb to sixth.

Van den Bergh occupied top spot at the halfway point, but consecutive defeats against De Sousa and Wright leave him one point adrift of the top four, with matches against Wade and Clayton remaining. 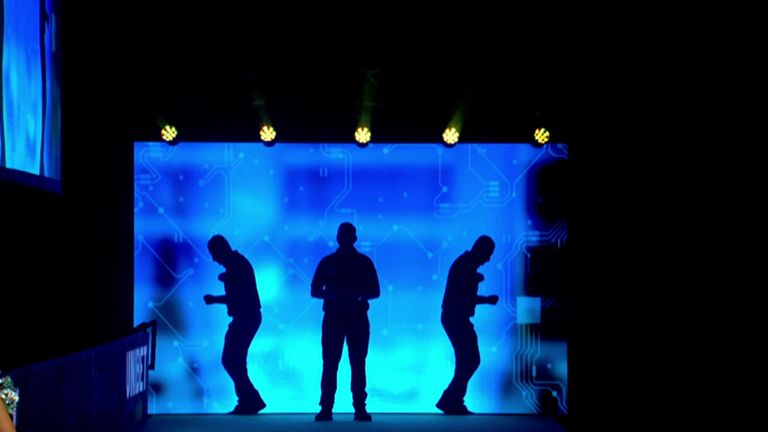 ‘The DreamMaker’ underwhelmed in his defeat to De Sousa, although he did little wrong against Wright, averaging almost 107, landing eight 180s and converting 63 per cent of his attempts at double.

The opening four legs went with throw before Van den Bergh asserted his authority on proceedings, as back-to-back 11-darters saw him open up a 5-3 cushion, despite a 110 combination from Wright which reduced the arrears in leg seven.

The Belgian appeared impregnable on his own throw, but a stunning 10-darter saw Snakebite level at five apiece, before the Scot followed up legs of 15 and 11 darts with a classy 116 checkout to complete a majestic display. 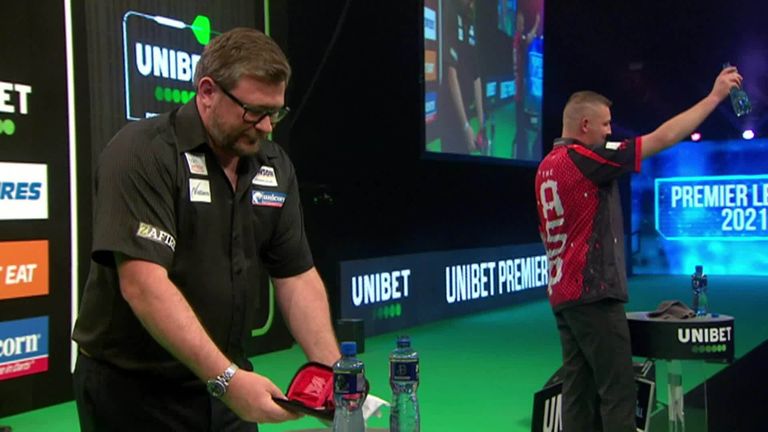 Nathan Aspinall moved a step closer to sealing a play-off spot after sharing the spoils with James Wade in an absorbing contest, as ‘The Machine’ recovered from 7-5 adrift to salvage a share of the spoils.

Wade relinquished a 2-0 lead as he succumbed 8-4 to Wright on Night 13, and history appeared to be repeating itself when ‘The Asp’ rallied following a blistering opening barrage from the 2009 Premier League champion.

Wade fired in 13 and 11-dart legs to seize the early initiative, only for Aspinall to open his account with a classy 12-dart break on the bull, which sparked a sequence of three consecutive legs for him. 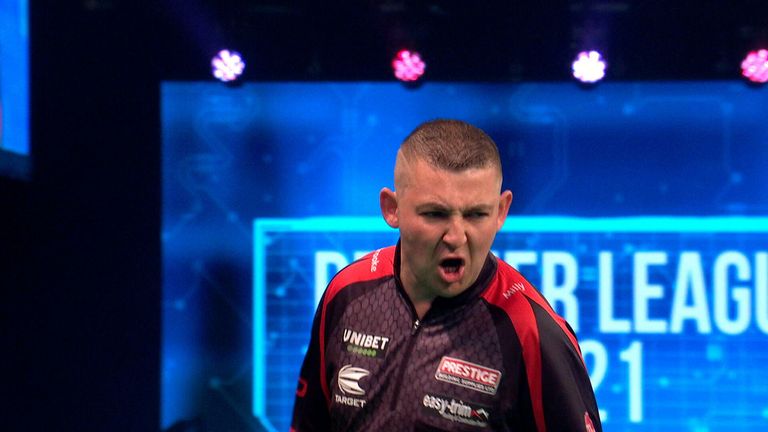 The former UK Open champion squandered five darts at double for a fourth leg on the spin, but normal service was resumed in leg eight, courtesy of his third 120 checkout in two nights to restore parity at four apiece.

Aspinall regained the initiative in leg 11 with his second 12-dart leg after Wade had wired the bull for a 170 checkout in the previous visit, and he closed out a scrappy hold of throw minutes later to guarantee himself a point.

However, after Aspinall spurned one match dart in the penultimate leg, Wade capitalised on his reprieve, firing in a 13-darter in the decider to deny The Asp back-to-back victories.

The 2021 Premier League continues this week, with three more nights of action culminating with the Play-Offs on Friday, May 28. Watch all the action live on Sky Sports