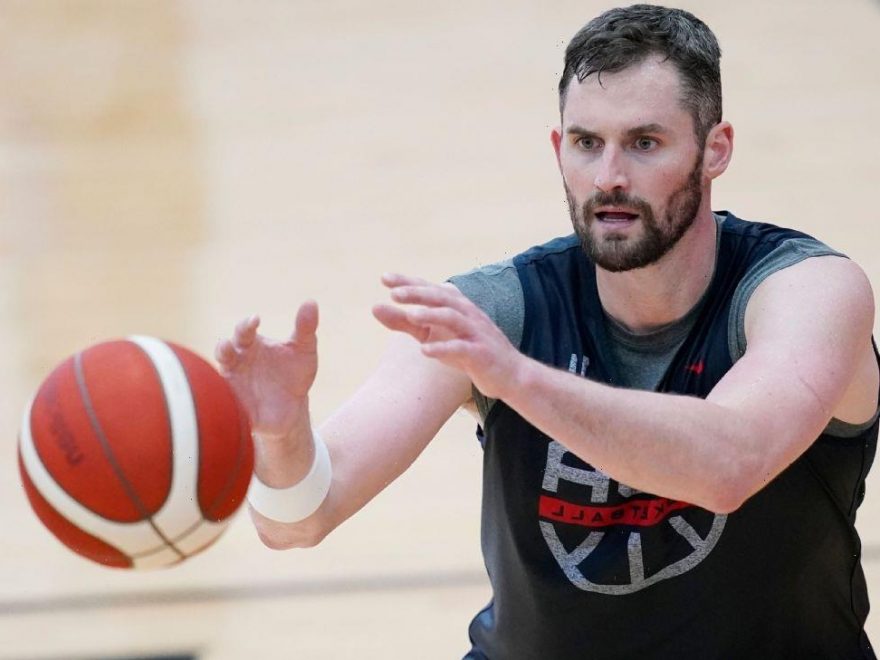 Kevin Love heard the blowback when he scored a coveted spot on the national team ahead of the Tokyo Olympics after one of the worst seasons of his career. So did coach Gregg Popovich, who had a message for the doubters.

“We’re going to work his ass off the next four to five weeks and demand a lot,” Popovich said after the team’s first practice at UNLV Tuesday.

“That’s going to definitely get him back into the rhythm he needs to be in to continue to play. I think that’s one of the big reasons he wanted to do this, so he can get himself back to who he was.”

Popovich made the call to offer a spot to Love, believing his ability to shoot and be rough in the paint fighting for rebounds could be valuable going up against some of the veteran European teams they will face in Japan.

Love played just 25 games last season for the Cleveland Cavaliers due to a recurrent calf injury and averaged just 12.2 points, the lowest since his rookie year. He had a couple of good games at the end of the season but he was still a surprising selection. Love hasn’t played on Team USA since 2012 and hasn’t been an All-Star since 2018.

“In a way I understand [the criticism] because I came off a season where I didn’t play that many games and wasn’t at the top of my game,” Love said. “For me to come here, I feel I have a lot to prove.”

There’s an undercurrent to this opportunity that could play a role in Love’s future. While he’s focused on helping win a second gold medal — he won one in 2012 in London — his ticket out of Cleveland could be tied to his performance this summer.

The Cavs have attempted to trade Love for parts of the last two seasons but his injuries — just 103 games played in the last three years — and his disillusionment with a long rebuild at times have hammered his value. So do the two years and $60 million left on his contract.

Cleveland blessed Love’s desire to play this summer, even though he’s risking further injury. At the end of the season, Cavs general manager Koby Altman said “we want him to be here” when asked about Love’s future. While the team no doubt hopes Love can return to an All-Star level and support their young players, Love playing could well create some options that could benefit both parties.

It’s unclear how much playing time Love may actually get in Tokyo, as the Americans have a deep roster. But league executives are in attendance watching practice this week as there are five exhibition games before the team flies across the Pacific. Those could end up being showcases for Love — not just for Popovich and his staff, but for other teams as well.

“I’m 13 years in now, I’ve heard it all,” Love said. “All I can do is go out there and chase the game, let everything fall into place and just bust my ass and see what I can do for this team.

“I do believe if it’s on me to have to pivot in my career for a team to win, I’m more than willing to do that. I do feel like on [the Cavs] or whatever team I end up on or USA team, this is definitely something I can continue to progress in.”