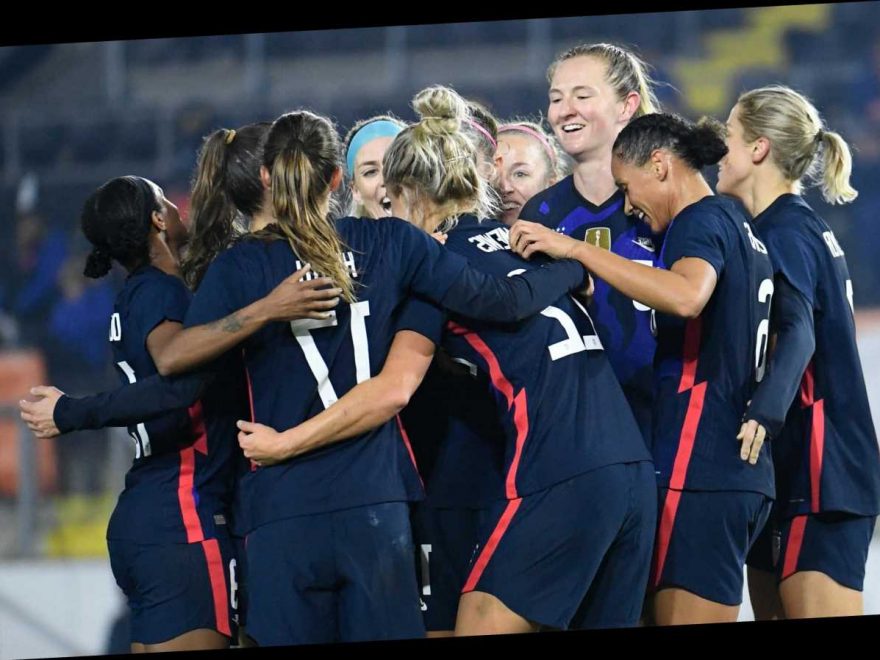 Why can’t the political and the practical co-exist? Why must otherwise sound, noble ideologies be so detached from common-sense realities?

We saw what’s beginning to play out now after the last women’s soccer World Cup, likely the last, I suggested, to be contested by born-and-raised women without lawsuits and demonstrations of anger and entitlement.

On Day 1 of his term, President Biden declared he unconditionally, across-the-board supports LGBTQ inclusiveness, from the military to athletics. As an ideology? Great. As a practicality? Ridiculous. 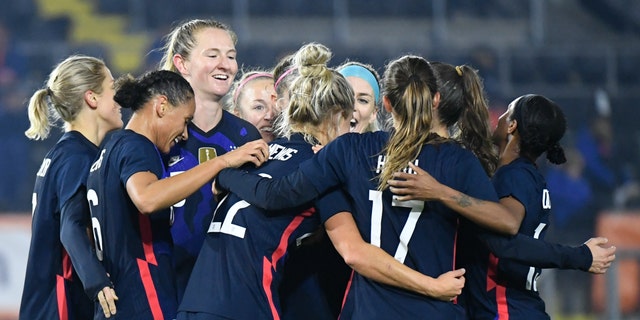 United States players celebrate with Kristie Mewis, number 22, who scored her side’s second goal during the international friendly women’s soccer match between The Netherlands and the US at the Rat Verlegh stadium in Breda, southern Netherlands, Friday Nov. 27, 2020. (Piroschka van de Wouw/Pool via AP)

Let’s boil it down to a visceral reality:

Let’s say Biden’s granddaughter shows up to run the 880 in the high school track championships. She has trained for years to qualify, which she easily did.

But when she arrives, she looks down the starting lineups to sees a muscular, 6-foot-4 competitor who now “identifies” as a female.

That big, strong ex-male easily wins the regional championship. This passes Biden’s smell test? His sense of fair play? This conforms with any enlightened, reasonable person’s sense of right from wrong? This is good for what ails us?

Ah, but to protest such lunacy one risks being called and branded all sorts of names for the intolerant. Heck, your home may be picketed or worse by those who demand tolerance, of course. Already, women’s athletic groups that have protested this have been condemned as intolerant, backward bigots.

“I promise you,” Biden said while campaigning for president, “there is no reason to suggest that there should be any right denied your [transgender] daughter. … None. Zero.”