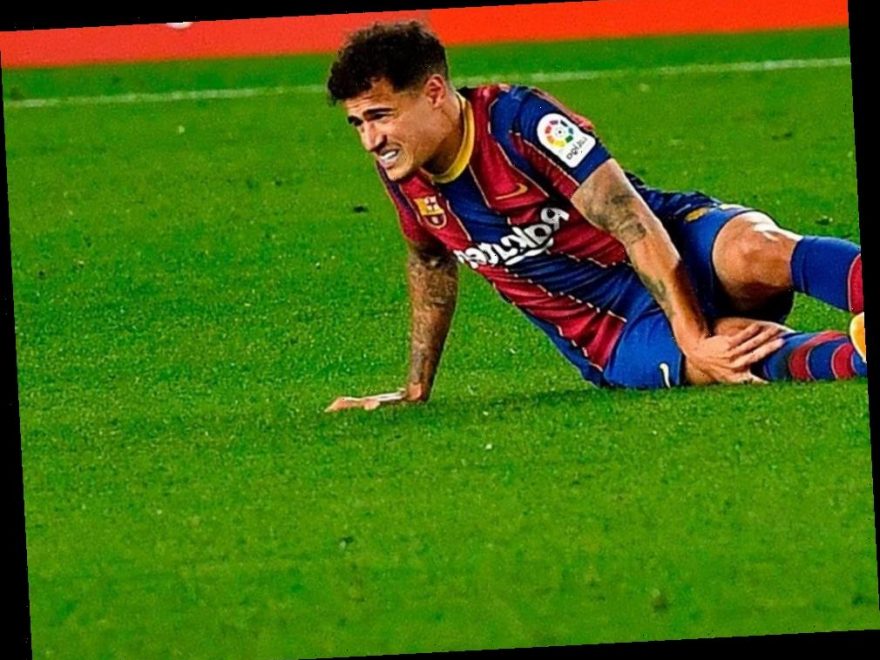 PHILIPPE COUTINHO has been ruled out for three months following knee surgery.

The Barcelona star suffered an injury to his left meniscus in the Blaugrana's 1-1 draw with Eibar on Tuesday.

The Brazilian's operation was a success but he looks set for a prolonged period on the sidelines as he begins his rehabilitation.

After initial fears he could be out for up to five months, Barcelona have confirmed they expect him to miss 'approximately' three months of the season.

It has been a tough campaign for Coutinho on his return from a season-long loan at Bayern Munich last term.

And it is another blow for Barca, who have already lost Gerard Pique and Ansu Fati to long-term injuries this season.

However, the 28-year-old's injury could save cash-strapped Barcelona a lot of money.

Barca paid Liverpool an initial fee of £106million to bring Coutinho to the Camp Nou, with a further £36m in potential add-ons.

For example, the La Liga giants will owe the Reds £18m if Coutinho reaches 100 appearances at the club.

Coutinho is just 10 outings short of that landmark but is not expected to be back in first-team contention until April at the earliest.

With the midfielder's long-term future at Barcelona still in doubt, Liverpool could miss out on the surprise windfall if he were to be sold in the summer.

However, some reports in Spain have suggested Barca have been paying £4.5m per 25 games, which means Liverpool would only miss out on £4.5m.

Coutinho has made 14 appearances in all competitions this season, starting eight of Barca's 16 La Liga games.