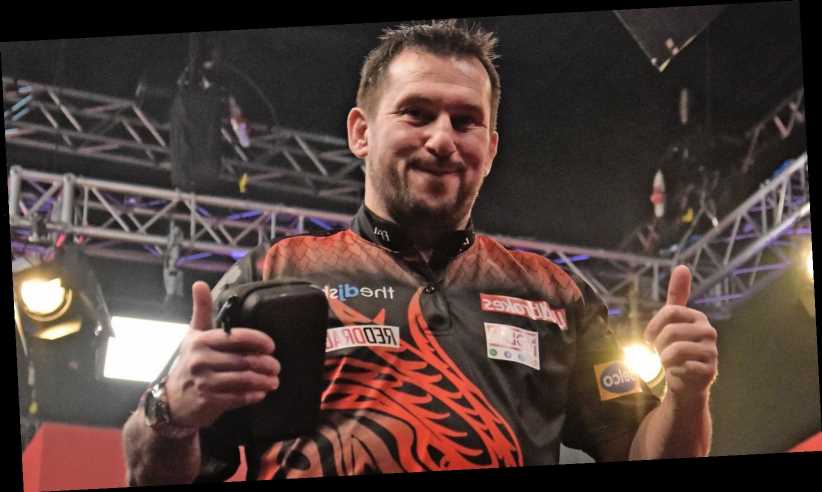 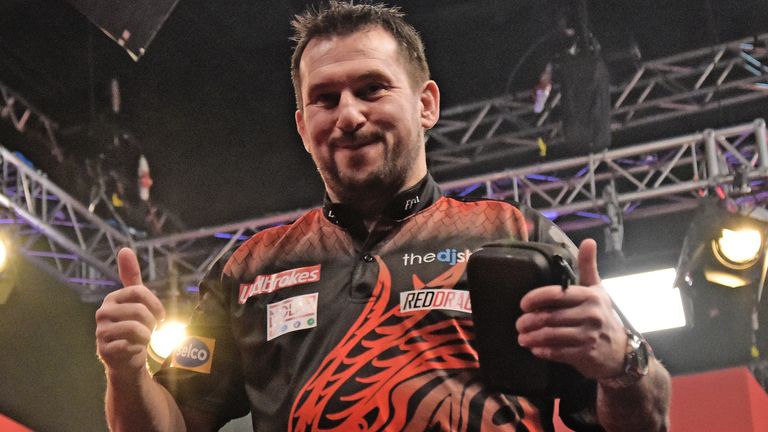 Jonny Clayton underlined his position as the most in-form player in darts, winning Players Championship 7 with an 8-5 victory over James Wade on Thursday.

Clayton has enjoyed a sensational start to the year, picking up a maiden individual televised title at the Masters to go with his World Cup win alongside Gerwyn Price last year.

After the world champion won Wednesday’s second event of Super Series 2, Clayton followed up with a 101 average to beat UK Open winner Wade in a final he bossed from the outset.

Is there a better player in world darts right now? pic.twitter.com/OiodHKtyND

It means The Ferret has reached four of the seven Pro Tour finals so far this year, winning two of them after he added Thursday’s success to his victory over Damon Heta in Players Championship 4.

The 46-year-old, who still works as a plasterer for Carmarthenshire Council, picks up £10,000 for his day’s work and has a chance to add to his tally during the final day of action on Friday before he turns his attention to his Premier League debut next month.

Jonny Clayton rubbishes talk of him being the best in the world right now, despite winning three titles in 2021 and making four out of seven ProTour finals.

Clayton produced another impressively consistent day to beat Josh Payne, Ted Evetts, Jason Lowe and Steve Lennon on his way to the last eight where he produced the first of three successive 100+ finishes to see off Grand Slam of Darts champion Jose De Sousa.

He followed up by cruising past first-time Pro Tour semi-finalist Jason Heaver in the semi-finals before storming into a 5-1 lead against Wade in the final. A trademark comeback from the Machine looked on the cards as he closed to within one at 6-5 but Clayton produced a 13-dart leg to secure the title.

“James finishes brilliantly so for him to comment about my finishing, I’m a happy man – but I had to finish my last darts because James was there waiting. He kept coming back and I was nervous,” Clayton said.

“I’m going to keep trying to get to finals. I’ve got confidence and consistency; my averages are quite high in the 90s and maybe in the 100s, and my confidence is flying with that kind of average.

“I take everything day by day, and hopefully it keeps going.”

Super Series 2….the story so far

On Wednesday, Gerwyn Price collected his first title since becoming world champion by beating Luke Humphries 8-5 in the final of Players Championship 6.

The Welshman was in imperious form as he produced his best day of darts since January 3, when he lifted the Sid Waddell Trophy, toppling Humphries who followed up his first ranking final at the UK Open with the first Pro Tour final of his career.

Price averaged 102.89 across his seven matches on the day to scoop the £10,000 top prize on the second day of PDC Super Series 2 and follow Brendan Dolan into this week’s winner’s circle.

The Iceman bounced back having been beaten by Dolan on the opening day of action as the Northern Irishman produced a string of superb performances on his way to beating Michael Smith in Tuesday’s final.

It will be rivalries renewed when the delayed 2021 Premier League Darts gets underway on April 5 as Glen Durrant and Nathan Aspinall clash on an opening night that will also feature a repeat of the World Championship final.

Gerwyn Price claimed his first world title with victory over Gary Anderson at Alexandra Palace, and with the pair both in the 10-man field for this year’s Premier League, they will meet again on Monday, April 5.

After Price’s victory over Anderson, the PDC confirmed that the traditional 17-night roadshow would be pushed back to Easter rather than its usual February date and last month it was confirmed that the tournament will begin behind closed doors due to Covid-19 restrictions.

Watch live coverage of the 2021 Premier League on Sky Sports – the action gets underway on Monday April 5 with five consecutive nights of action as the first phase begins from the Marshall Arena, Milton Keynes.