NICK Rust admits that without getting punters back on course, racing’s new ‘Recovery Plan’ will struggle to get off the ground.

A nine point proposition released in the week was led by the need to ‘secure a full resumption of race-day activity and the maximum attendance possible.’ 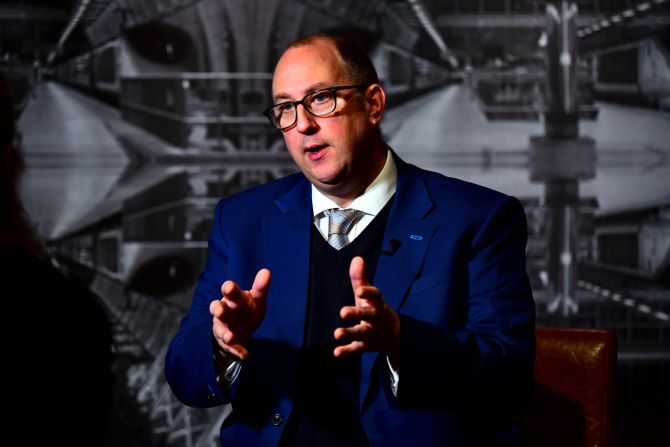 And the BHA Chief has said the sport’s priority must now be to ensure paying crowds return.

Those hopes were given a big boost by the news that racing will host pilot events at the St Leger Festival, the Cambridgeshire Meeting and a jumps card at Warwick.

With the Scottish Government set to allow spectators back from the middle of September, the Ayr Gold Cup meeting is also expected to see paying punters.

But in the long-term October 1 is still the aim for some form of normality and racecourse crowds on a regular basis.

It means fixtures like Champions Day at Ascot and the Cesarewitch at Newmarket could resemble something close to normal.

Rust steps down from his role at the end of the year to make way for Julie Harrington, but has promised he will do all he can to help the sport on his way out.

He said: “We need the crowds back and anyone I’ve spoken to about it just wants to be back on a course.

“It’s not just about the revenues either – it’s about the atmosphere and the all round sporting spectacle.”

After plans were scrapped at the last minute for a pilot event to take place on the last day of Glorious Goodwood, racing was caught cold when fans were allowed into the Crucible for the Snooker World Championships.

The BHA took some flak but Rust insists that was a one off and racing does have a seat at the table in these discussions.

He said: “The snooker was a red herring. They’d already had spectators in the day before the government decided to put back any events for two weeks from July 31.

“Had the Goodwood date been earlier, it would have been the same for us.

“The priority now lies with crowds, and with improving the experience of owners on course. The two go hand-in-hand.”

Regular paying crowds may be one thing but it will be a while before big revenue evenings with concert goers or sold out events like Cheltenham Festival even cross the mind of the BHA.

Rust openly admits that a number of racecourses could be closed as the fixture list is cut and crowds reduced.

Mothballed courses such as Nottingham, Brighton, Carlisle and Worcester could be at risk of closing forever.

Both the Jockey Club and ARC Racecourses took the decision not to race at these courses for the foreseeable future to save costs.

Some racecourses rely heavily on media rights payments, but it’s the courses that make money from the paying public that will suffer most. Rust admits they have a tough decision to make down the line.

He said: “Some tracks are heavily influenced by what happens away from the racecourse.

“Those tend to be the all weather tracks as they have good media rights income and are less reliant on crowds.

“But when you look at our major meetings, take York for example the amount of money they missed last week.

“They’d usually have around 20,000 a day and huge amounts of hospitality.

“Inevitably if crowds don’t come back, and why we’re all hoping for October 1 – and even that will be restricted – and to return to something fairly normal by spring next year then there will be enormous pressure on these venues.

“We don’t know yet what the owners are thinking in terms of these courses that have been mothballed.

“I do hope we can help as many courses as possible to survive, but it is possible we may lose a couple just because of the pure economic situation.

“That will be regrettable but I don’t think it would surprise anybody.”

One thing is certain, nine and ten race meetings will become ‘the new normal.’

This lowers costs and streamlines the overheads for racecourses and British racing as a whole.

Much of the fixture list is owned by the racecourses themselves, but the BHA have a total of 250 under their banner.

It’s here where the BHA hopes to be more flexible with a shrinking horse population meaning changes need to be made.

Rust explained: “One of the best things that happened during the first ten weeks of resumption was that we had fewer race meetings but more races.

“The BHA have about 250 fixtures and the rest are all owned by the racecourses. So we need to determine how many of those are deployed.

“We’ve got a chance to be a bit more flexible I think, and this crisis has allowed us to think outside of these norms.

“There are a lot of people that have a say in decisions, and that can slow things up.

“But I think that there’s a real willingness to tackle a cost base and efficiency across the industry.

“Field sizes need to be maintained so we have to constantly look at the numbers of horses available to run at a certain time measured against the fixture list.”