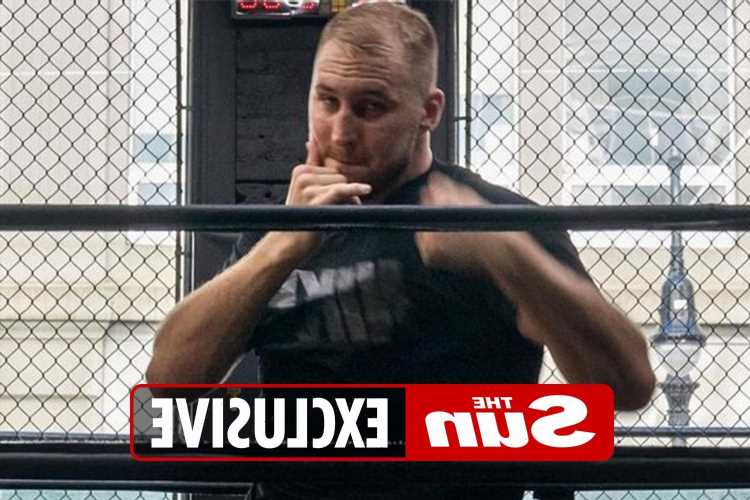 OTTO WALLIN has been left devastated with the cancelation of his fight with Dillian Whyte – and faces the £18,000 spent training for it going down the drain.

The Swede was set to face Whyte this Saturday, with the winner going on to then challenge for Tyson Fury's WBC crown. 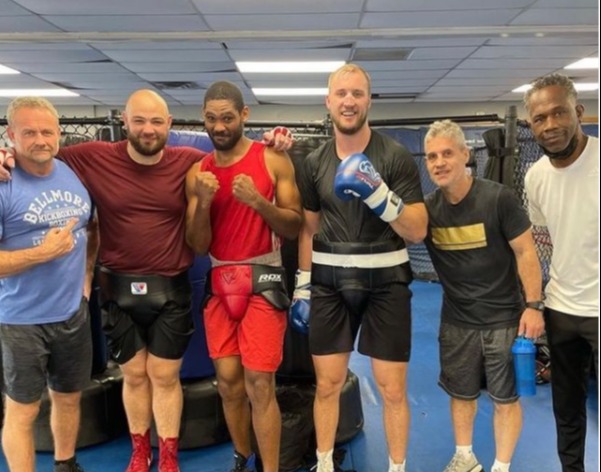 But with his bags packed ready for the airport, Wallin was given the news not to travel after being told the fight could be off.

Whyte sustained a shoulder injury and after a medical examination was withdrawn from the bout.

In a virtual press conference to discuss the development, Wallin revealed he spent around £10,000-£18,000 in training costs, preparing in New York.

And his promoter fears it is not only money now going to waste, but also damage on the body after an almost full and gruelling camp.

Dmitriy Salita told SunSport: "Well besides the money, he had other fight opportunities on the table and he choose to take this one.

"It’s lost opportunity a world class athlete can only have so many camps and absorb the punishment that it entails to get in best of shape.

"Boxing is not the wild Wild West, I believe there is an opportunity in this situation to set precedence of regulations in our sport and in that regard this is bigger then the fight itself."

Whyte, 32, was making a voluntary defence of his WBC 'interim' title and hand picked Wallin, 30, as an opponent.

It means contractually, his promotional team Matchroom have the right to either reschedule or cancel the fight.

Wallin's team have now requested to have an independent doctor examine Whyte's injury but 'have not heard back as of yet.'

They are also hoping the WBC will take matters into their own hands and order the rescheduling, having already promised the winner a shot at Fury.

Salita said: "We also contacted the WBC to order the re do of this important heavyweight contest. Wallin vs Whyte was a fight for the WBC interim title.

"Several weeks after this fight was signed and announced the WBC made an announcement that the interim champion which means winner of the fight Wallin vs Whyte will fight winner of Wilder vs Fury.

"Whyte sustained an injury but the announcement of winner fighting Fury was all ready made.

"Anything can happen in boxing, Whyte recently got KO'd by Alexander Povetkin it is certainly in the realm of possibilities that Otto would be victorious."

It’s lost opportunity a world class athlete can only have so many camps and absorb the punishment that it entails to get in best of shape.

Whyte, who claimed he spent £120,000 on training himself in Portugal, insisted he was prepared to fight injured but his team demanded it instead be scrapped.

And he admitted is is now 'common sense' to move on from Wallin to focus on Fury, 33, having waited so patiently for his crack at the famous green and gold belt.

“So what am I gonna do? Fight Otto Wallin or fight Tyson Fury, what are you gonna do? It’s common sense.

Salita, a former world title challenger himself, does not accuse Whyte of fabricating the injury, but doubled down on wanting a second opinion.

'OTTO WAS WITH HIS BAGS READY TO GO'

He said: "It’s not my business to speculate certainly injuries injuries do happen during training.

"We have asked for an independent doctor to make an evaluation and see if this fight can be rescheduled in the near future.

"After all Otto was with his bags ready to go to the airport fly across the pond to give boxing fans what they deserve."

Whyte said he offered 8-0 Alen Babic – who he manages – as a replacement opponent for Wallin.

But Salita denies being offered an alternative fight, and appears to suggest Whyte is their only target regardless.

He said: "After Whyte fell out I did not receive an offer for Otto to fight October 30th.

"Definition of an offer is opponent, purse, travel, accommodations and all details pertaining to a particular fight.

"At this point Otto’s goal is to get in the ring with Whyte."