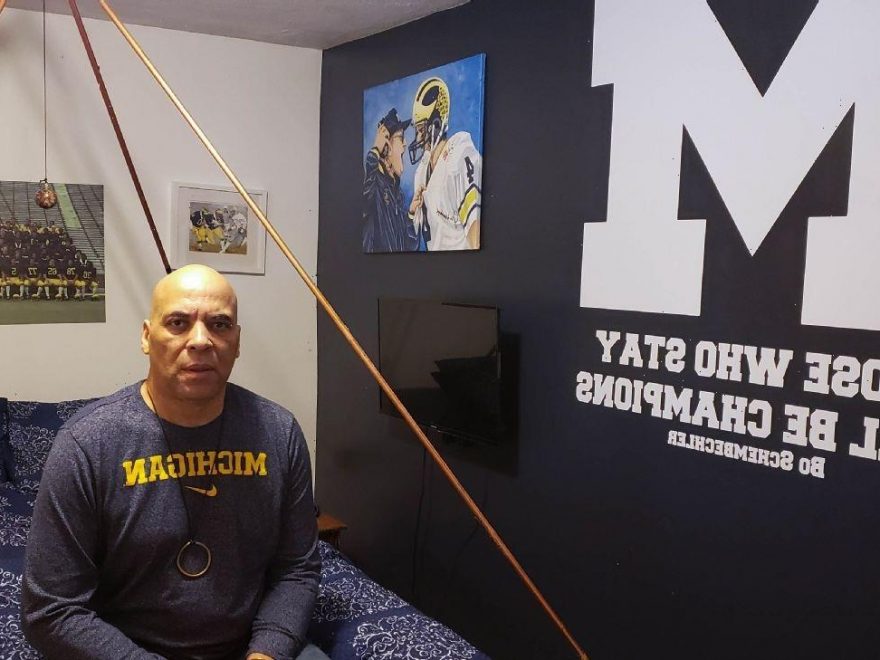 Sexual assault survivors from Ohio State and Michigan announced Wednesday morning that they plan to partner with the National Center for Missing & Exploited Children to create an educational program about abuse in youth sports.

The program, which is still in the early stages of development, will include educational resources for children, their families and their coaches in hopes of helping them spot the signs of abuse and giving them a tool kit for how to report and respond to incidents when they arise. The former college athletes will provide their perspective on what tools and resources they think would have been helpful when they encountered sexually abusive doctors during their time on campus.

“I want to use my experience to help out as many young people as possible,” said Chuck Christian, a former Michigan football player who spoke on behalf of a group of former Wolverines athletes who say they were sexually abused during medical appointments with former team doctor Robert Anderson.

Christian spoke at a news conference Wednesday morning alongside former Ohio State lacrosse player Mike Avery, who is one of hundreds of former Buckeyes athletes who say they were abused by former Ohio State team doctor Richard Strauss. Both men are part of separate but similar lawsuits in which hundreds of former athletes are attempting to hold their respective alma maters accountable for what they claim was negligence that allowed the team doctors’ abusive behavior to continue unchecked for decades in both cases.

The National Center for Missing & Exploited Children is a nonprofit company with the mission to “help find missing children, reduce sexual exploitation and prevent child victimization.” The organization was started by John and Reve Walsh in 1984 after their son Adam was abducted and killed.

The sports safety program is meant to be complementary to other organizations aimed at eradicating or minimizing child abuse in youth sports, according to Callahan Walsh, Adam’s brother and the national outreach and marketing coordinator for NCMEC. Walsh said Wednesday that they hope to use their own networks to spread the program’s resources as well as using the connections of their new partners to share information with college athletic departments.

“I think we can all lend information to each other to build on what one organization has and another doesn’t have,” Walsh said Wednesday. We want to do everything we can to protect athletes. Locking arms with other organizations in the field is absolutely the way to go about it.”