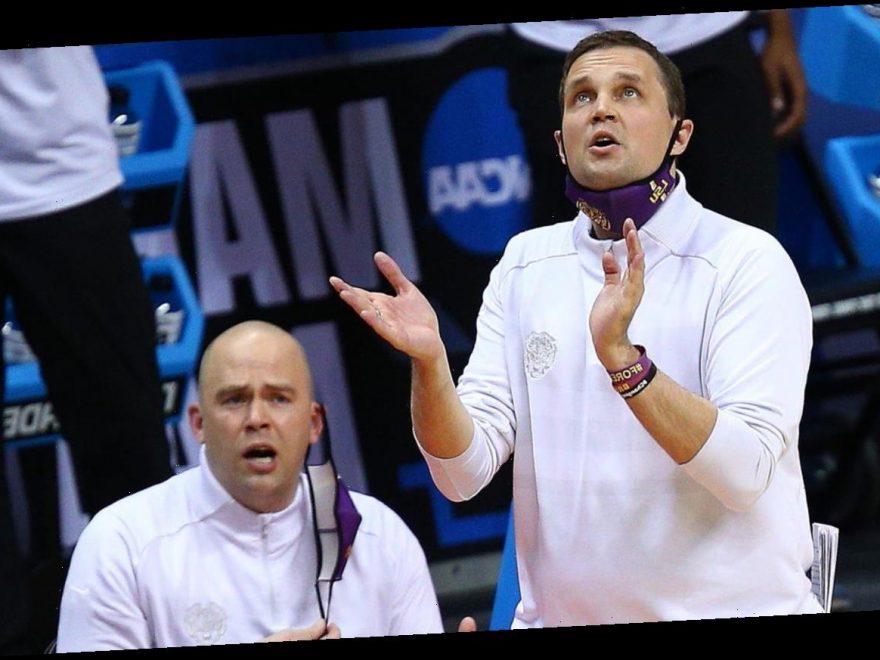 BLOOMINGTON, Ind. — Shortly after LSU arrived in Indiana for the NCAA men’s basketball tournament, coach Will Wade was upset about — of all things — Dick Vitale.

During the SEC tournament championship game Sunday, the legendary ESPN announcer dared to mention on the air that LSU has not yet faced the music for its part in the 2017 FBI investigation into college basketball corruption, including Wade being caught on wiretaps saying some things that would suggest he’s a massive cheater whose continued employment makes a mockery of both LSU and the NCAA.

“He flat-out lied to me,” Wade complained on the Jordy Culotta Show, a podcast based in Baton Rouge. “He said he was going to talk about our team and stuff. He said, ‘I’m not going to bring anything up.’ I said, ‘OK, I appreciate that. That's nice.’ And I get like 100 texts after the game.”

Poor Will. It must be so hard to be him, having suffered absolutely no consequences for the past two years while his program remains in NCAA limbo, collecting his $2.5 million salary, continuing to get blue-chip recruits and having to turn on his phone after a game and learn that Dickie V is maybe the only person in Wade’s orbit who isn't willfully ignoring reality.

Goodness knows nobody else has held him accountable yet. Not the NCAA. Not SEC commissioner Greg Sankey, who neither sees nor hears any evil within his league. And certainly not his bosses at LSU, whose tolerance for scandal in athletics is impressive for how cynical it really is.

And all the while, Wade just continues to motor on, including Saturday’s comfortable 76-61 victory over St. Bonaventure at Assembly Hall to advance to the Round of 32. Which perhaps explains why Wade was so aggrieved about an announcer: Of any coach who was caught up in the FBI investigation, he has paid by far the smallest price.

LSU men's basketball coach Will Wade cheers the Tigers during their win over St. Bonaventure in the opening round of the NCAA Tournament. (Photo: Jordan Prather, USA TODAY Sports)

Make no mistake, LSU could very well knock off No. 1 seed Michigan on Monday and advance to the Sweet 16 for the second time since the world heard him on a wiretap talking about making a “strong-ass offer” in the recruitment of guard Javonte Smart.

Not only is LSU playing its best basketball late in the season, it has a good enough roster to give Michigan real problems — starting with freshman Cam Thomas, who had 27 points against the Bonnies. He’ll play in the NBA soon, as will sophomore Trendon Watford, who had 11 points and 11 rebounds here. LSU is an 8 seed in name only.

Compare the Tigers to several other programs awaiting their punishments from the NCAA. Kansas is still good, but the level of players Bill Self has been able to recruit the past few years is pretty clearly a notch below. Louisville missed the tournament this year. Arizona has duct taped together a roster with transfers and overseas players while Sean Miller’s job status remains in limbo. N.C. State's last tournament appearance was in 2018.

But at LSU? It’s as if the NCAA investigation doesn’t even exist. They say the hardest part of being under the enforcement microscope is the cloud of uncertainty it casts on your program. Not at LSU, where Wade was a good enough recruiter to convince Watford, a five-star prospect, to leave the state of Alabama and come to Baton Rouge. And even with the specter of sanctions hanging over LSU, Wade also was able to get Thomas — another five-star — out of Virginia.

As irresistible as these top prospects must find Wade for him to land all that talent, this isn’t the way it’s supposed to work.

But it may provide some insight into why he was so rankled about some comments on a broadcast. When you’re living that charmed a life, Dickie V telling the truth must seem like a really big deal.

Wade doesn't think anyone should be talking about his program potentially being in massive trouble or his career hanging in the balance because he’s been enabled to construct his own reality from start to finish. But in the one the rest of us are living in, Wade is the most despised coach among his peers in the SEC, if not the country, because they know if they had been caught on a wiretap talking about strong-ass offers and referring to deals they had made for other players, they wouldn’t have been quite as fortunate.

But in Will Wade’s world, where the words of Dickie V cut deep and the scandal that hangs over his program dare not be mentioned, it's all candy and rainbows these days. LSU is in another Round of 32 with a shot to go even deeper. Justice and the truth will have to wait for another day.