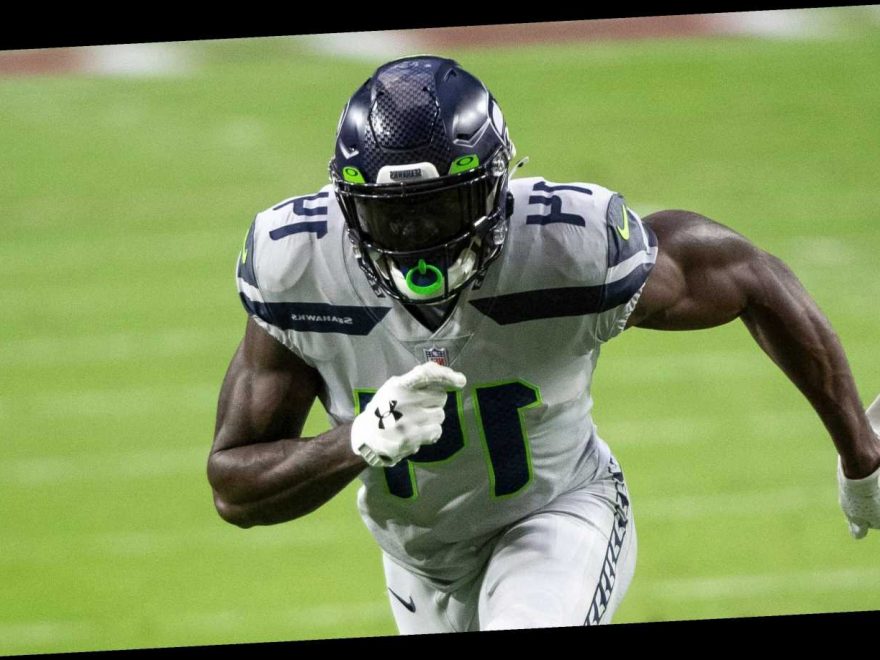 During Black History Month, with the series 28 Black Stories in 28 days, USA TODAY Sports examines the issues, challenges and opportunities Black athletes and sports officials face after the nation’s reckoning on race in 2020.

With all the trash on social media, with all of the ugliness, with all the fighting and divide, something Seahawks wide receiver DK Metcalf tweeted on Jan. 31 was a bright spot in a universe of social media dystopia.

"In honor of Black History Month," he tweeted, "I’m going to share a tweet each day to educate my followers on Emmett Till and his story."

And that's exactly what Metcalf has done. Each day so far in February, he's tweeted a fact about Till, and it's one of the best things in the athlete social media universe I've ever seen.

There are plenty of athletes who understand the power of media to comment on social justice issues. LeBron James, a number of WNBA teams and other athletes get it.

NFL NEEDS AN OPRAH: Why it will take someone like Oprah Winfrey to right NFL's head-coaching wrongs

Seattle Seahawks wide receiver DK Metcalf (14) is putting on a clinic on how to use social media. (Photo: Jennifer Stewart, AP)

What Metcalf is doing is among the most unique ways any athlete has used their power. In this instance, it's to educate and humanize Till into something more than a page in a history book.

"Emmett Till, who went by the nickname Bobo, grew up in a thriving, middle–class black neighborhood on Chicago’s South side," Metcalf wrote. "A haven for Black owned businesses. #justiceforemmetttill"

So, yes, athletes do use their social media accounts for good, but there's also no question that many shy away from speaking on anything that isn't sports, out of fear of being attacked and told to shut up and dribble.

Metcalf doesn't have that fear and that's a really good thing.

Till's story is one of the ugliest chapters in American history and his murder will forever be a cautionary tale for what happens when racism and extremism rule.

Till was 14 when he was killed in Mississippi in 1955 after being accused of flirting with a white woman. Two white men tortured Till before shooting him in the head and dumping his body into a river.

The killing, and subsequent acquittal of Till's assailants by an all-white jury, was one of the metastasizing events of the Civil Right movement and crystallized the brutality of the segregated South.

Metcalf is tweeting a fact a day about Till to make sure people never forget what happened to him.

He's also showcasing how to use social media the right way. Everyone should take notes.

USA Today's Enterprise Editor for Racism and History, Nichelle Smith discusses the need to move forward with a new sensibility.