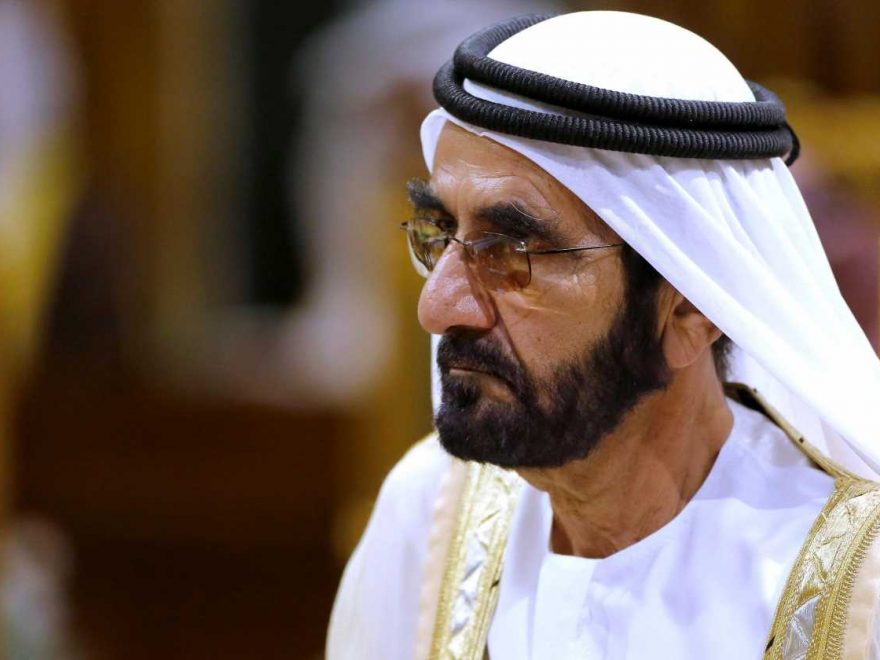 Essential Quality, the favorite in Saturday’s Kentucky Derby, is not exactly a story that tugs on the heartstrings. The undefeated gray colt is a son of Tapit, arguably the most influential stallion of the past decade in America.

And he comes from the barn of Godolphin, a worldwide horse racing empire led by Sheikh Mohammed bin Rashid al-Maktoum, the head of the ruling family of Dubai who was found by a British judge last year to be responsible for the abduction of two of his daughters during an ugly custody battle that included allegations of an intimidation campaign against one of his ex-wives.

Any controversy surrounding Sheikh Mohammed or the United Arab Emirates, which has a troubling human rights record and history of discrimination against women, is not typically a welcome topic in horse racing circles. That’s because the Maktoum family, led by Sheik Mohammed and his two late brothers Sheikh Maktoum and Sheikh Hamdan, have collectively spent more money on horse racing and breeding over the past 40 years than anyone in the world.

They’ve not only shaped the sport globally at the highest level more than any other single entity, they’ve won everything there is to win — except the Kentucky Derby.

Despite all the financial resources at their disposal, a breeding operation that can mate the best with the best and the collective know-how that comes with winning big races all of the world, the Derby gods have remained unkind to the Maktoums.

How hard is this race to win?

Godolphin, Sheikh Mohammed’s primary racing stable, has put 11 runners into the Derby starting gate. Its best finish? A fourth by Frosted in 2015.

Sheikh Maktoum brought Thyer over all the way from England on one occasion to finish 13. Sheikh Mohammed’s oldest son owned a horse that finished 15th one year, and Sheikh Hamdan’s Shadwell Stables never had a horse finish better than fourth.

WHAT'S YOUR DERBY HORSE NAME?Get a name before Saturday's race

DERBY COVERAGE:Everything you need to know about the Run for the Roses

Sheikh Mohammed even spent $9 million to buy half of Arazi, the heavy favorite in the 1992 Derby who had won the Breeders’ Cup Juvenile the previous fall in dazzling fashion. After a big move on the final turn to pull into second, Arazi staggered home to an eighth-place finish and won just one more race the rest of his career.

That’s how hard the Kentucky Derby is to win and what makes it such an appealing prize. No matter how much money you have, there’s no way to buy it.

And goodness knows, the Maktoums have tried. Among Sheikh Mohammed’s most famous yearling purchases were Meydan City ($11.7 million), Jalil ($9.7 million), Plavius ($9.2 million) — none of whom could run a lick.

Though much of the Godolphin and Shadwell operation is focused on racing in Europe and at their track in the UAE, they’ve had plenty of firepower pointed at the American classics over the years. Some of it has been on the conventional path with American trainers, and other times they’ve tried to bring horses over from Dubai who ran against weaker competition – an often criticized strategy that hasn’t yielded any good results.

It’s not like they’ve totally whiffed in the classics. Sheikh Mohammed won a Preakness with Bernardini in 2006, and Sheikh Hamdan’s Jazil won the Belmont that same year. Not only that, a Maktoum royal family member has won every other classic race in England, France and Ireland.

But the Derby? Whether it’s a horse they’ve bought at auction or bred from among their own elite bloodstock, they haven’t even come close.

“As far as American racing, this is – in my eyes, it’s the biggest race there is,” said Brad Cox, the Louisville-based trainer of Essential Quality. “I think most people in the business, they would agree with that. And I know Sheikh Mohammed wanted to win the race for several years. He’s had different tactics as far as racing in Dubai and bringing a horse over, and I don’t think there’s one set way of winning this thing. It’s a very tough race to win, and I think it means a lot that this is a homebred for him.”

Without question, Essential Quality represents the best chance Sheikh Mohammed has ever had at winning the roses. Not only is he 5-for-5, he’s been the best among this crop of 3-year olds since last fall and hasn’t had any major setbacks in the plan Cox laid out last winter to get him to the Derby in peak form.

Cox, 41, has risen to prominence in the past three years, and his relationship with Godolphin is only a couple years old but was clearly hatched with the Derby in mind. It would be ironic if, after all this time and all the different ways Sheikh Mohammed has tried to win it, if he finally did with a guy who grew up a couple blocks from Churchill Downs.

“We've had a lot of luck with him,” Cox said “It's been a real honor to train for such a global empire, and to have a horse like this means a lot to us and them and hopefully we can get them their first Kentucky Derby and mine as well.”

It may not be the kind of rags-to-riches story that fuels Derby dreams, but Essential Quality does represent why this race is always so compelling. Even for the world’s riches and most influential racing operation of the past 40 years, you don’t get very many chances to win.